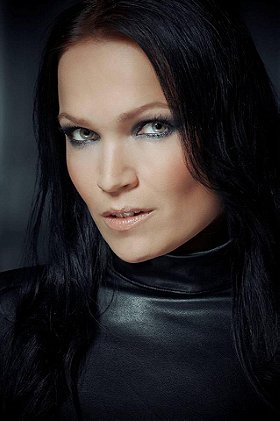 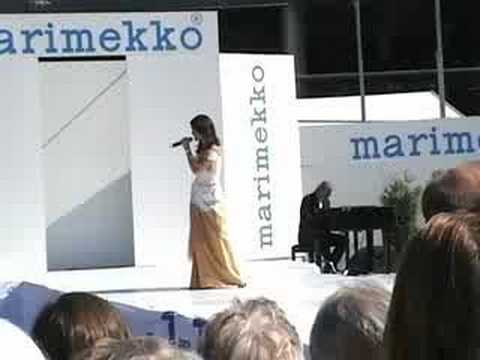 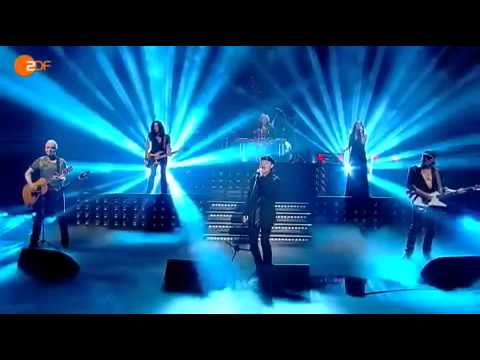 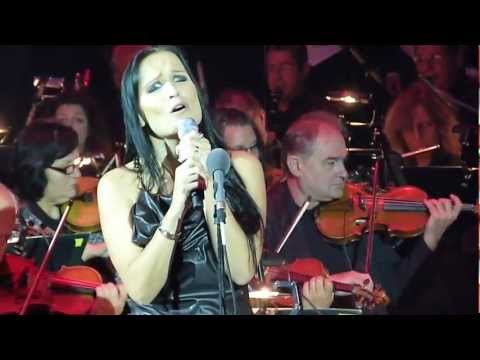 Born in Kitee, Finland, Turunen began to study music at the age of six, and moved to the city of Kuopio at the age of eighteen to study at the Sibelius Academy. She became a founding member of Nightwish in 1996 when her classmate Tuomas Holopainen invited her to join his new musical project. That year Turunen also performed with the Savonlinna Opera Festival. However, she did not become internationally famous until the release of Nightwish’s successful follow-up album, Oceanborn, in 1998.

Turunen sang solo in Waltari’s rock-themed 1999 ballet Evankeliumi (also known as Evangelicum) in several sold-out performances at the Finnish National Opera. She continued to tour and record with Nightwish through 2000 and 2001, after which she enrolled in Karlsruhe, Germany’s Music University. While there, she recorded vocals for Nightwish’s 2002 album Century Child and for Beto Vázquez Infinity.

In 2002, Turunen toured South America, performing in the classical Lied concert Noche Escandinava (Scandinavian Night), again to sold-out houses. Following this and an exhausting world tour in support of Century Child, Nightwish took a hiatus and Turunen returned to Karlsruhe.

Finnish president Tarja Halonen and her husband invited Turunen to the President’s Palace in Helsinki in December 2003 for the Finnish Independence Day Party, Finland’s biggest social event, where the viewers of Finnish television station Yle named her the most impressively dressed lady, among honors given by several newspapers and magazines.

After the hiatus, Turunen rejoined Nightwish for the album Once and supporting world tour throughout 2004-2005, and embarked on a second Noche Escandinava tour in the spring of 2004. For Christmas 2004, she released the single “Yhden Enkelin Unelma” (One Angel’s Dream), which sold gold in her native country, Finland. For the spring of 2005, she prepared a collaboration with Germany’s Martin Kesici, the duet “Leaving You for Me”, also accompanied by a video. On October 21, 2005, Turunen was asked to leave Nightwish in an open letter by the other members of Nightwish, over a dispute that involved “a changed attitude” and increased financial interest. She responded through another open letter, which was posted on her website in both Finnish and English (the letter can no longer be found on her website, but is available on a fan page). In February 2006, Tarja’s husband Marcelo posted a message to her website addressing the situation, and asked for anyone who had questions pertaining to the issues between Tarja and the rest of the band to email him. Marcelo then posted a lengthy reply to many of the questions he had received in June 2006.

In an interview with a Venezuelan radio on 19 May 2009, Tarja said that she has twenty songs ready to record. Spinefarm Records UK confirm that she has started recording the new album in January 2010.

4. What Lies Beneath Special Edition(Bonus Tracks)

hannipalli1 rated this 9/10 2 months ago

chuckbb voted for an image 4 months, 4 weeks ago

Kat M added this to Rated list 6 months ago

lcosta90 added this to a list 6 months, 3 weeks ago
She Got Flowers in Her Hair (560 beauty items)

dvirgueza voted for an image 7 months, 3 weeks ago

dvirgueza added this to a list 7 months, 3 weeks ago
Planet Hot (1947 beauty items)

dandz posted a comment on this image 3 years, 9 months ago

"This is clearly fake, someone just photoshopped Tarja's face in there..."

Bodyguard03 voted for an image 4 years ago

lechat voted for an image 4 years, 2 months ago

destroyyy voted for an image 4 years, 5 months ago

destroyyy posted a comment on this image 4 years, 8 months ago

"Who will dare say he will never want to bite this apple!"

Bodyguard03 voted for an image 4 years, 8 months ago