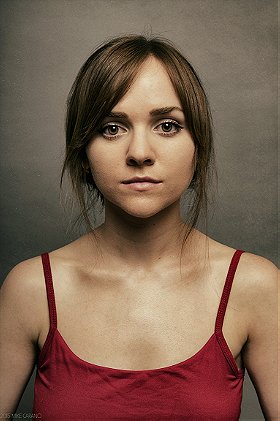 Tara is currently starring in Hulu and Lionsgate Television's original comedy series "Casual." Executive produced by Jason Reitman [Up in the Air, Juno], Tara is a scene stealer as Laura, the sarcastic yet wise and witty daughter of Valerie [Michaela Watkins]. The series follows a bachelor brother [Tommy Dewey] and his newly divorced sister [Watkins] as they navigate the crazy world of dating while living together and raising a teenager [Barr]. "Casual" premiered in October 2015 to critical acclaim, and was nominated for a Golden Globe for Best Television Series - Comedy or Musical. In addition to working with Hulu, Tara was also seen throughout the summer of 2015 on NBC's 1960's thriller-drama series "Aquarius". She appeared opposite Golden Globe winner David Duchovny, who stars as a police sergeant in Los Angeles who embarks on an undercover investigation of a cult leader: Charles Manson. Tara portrayed the character of Katie on the show, who was based on real life Manson follower Patricia Krenwinkel.

Tara made her feature film debut in the award-winning independent film "God Bless America" [Darko Entertainment, Magnet Releasing] which premiered at the Toronto International Film Festival in 2011. Written and directed by Bobcat Goldthwait, Tara commanded the screen as Roxy, a 16-year old girl who teams up with terminally ill Frank [played by Joel Murray], and heads out on a mission to rid society of its most repellent citizens. The film, which has since gone on to become a cult hit, was nominated for an Audience Award at the 2012 SXSW Film Festival, and Tara earned a Young Artist Award nomination as Best Leading Young Actress in a Feature Film for her work in the project. In 2014, Tara once again made waves in the indie scene [in another 1960's period piece] starring as Dawn in the short film "Dawn", Rose McGowan's directorial debut. The dark and dramatic film premiered at Sundance, and was nominated for the Short Film Grand Jury Prize.

Born and raised in Orange County, California, Tara got her start in theater at the age of seven. She was instantly drawn to the stage, and loved bringing diverse characters to life. Although acting quickly became her passion, she also desired a sense of normalcy and realized early on that driving back and forth from the OC to Los Angeles took up a ton of time from school. She dabbled in the Disney and Nickelodeon world growing up and appeared on a handful of series, however at the end of the day, she wanted to wait to seriously pursue a career in acting until after graduating from high school. Shortly before graduation, Tara booked "God Bless America", and she has been working ever since.

Henny voted for an image 2 months, 3 weeks ago

IchBinEinNerd added this to a list 5 months, 4 weeks ago
Standout Beauties (1291 person items)

Henny voted for 8 images [View All] 7 months, 3 weeks ago

onclelapin voted for an image 10 months, 1 week ago

Tigerrr-777 voted for an image 1 year ago

Magdalena added this to a list 1 year, 2 months ago
Actresses (378 person items)

dvirgueza voted for an image 1 year, 6 months ago

Zippyjet voted for an image 1 year, 9 months ago

Dave voted for an image 2 years, 3 months ago

DuckNation posted a image 4 years ago

onclelapin added this to a list 4 years, 5 months ago
spoon, women I dig (102 beauty items)