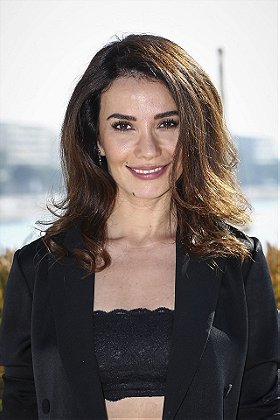 Born in Diyarbakır, Songül's father moved to Ankara where she spent her childhood. She graduated from the Turkish Academy of Theatrical Arts.

In 2005, She landed the title role in the series "Gümüş" ("Silver") where she acted side by side with Kivanc Tatlitug. The series lasted for 2 and a half years.

Gümüş, also known by its Arabic title "Noor", became an obsession for many Arabs and it is believed that 85 million viewers watched the translated Turkish sudser throughout the Arab World when it aired in 2008 by MBC.

Gümüş has also been adored by the Bulgarian viewers when it was broadcast in Bulgarian by the title "Перла" in 2009. The Bulgarian private TV channel bTV recently airing the show dubbed into Bulgarian with the title "Perla" ("Pearl"). Songül Öden was invited to visit Bulgaria to meet her fans and make interviews with some Bulgarian programs.

Her other series Vazgeç Gönlüm ("Abandoned Heart"), in which she played the leading role "Ezra" in the second season was made in late summer/fall of 2008.

"Acı Aşk" ("Bitter Love") her film which she co-stars with Halit Ergenç, Cansu Dere and Ezgi Asaroğlu is her first-ever cinematic performance was released on December 18, 2009.

Songül Öden returned to television in 2011 with the series Umutsuz Ev Kadınları.

TrekMedic added this to a list 7 months, 3 weeks ago
Maidens of the Mediterranean (30 beauty items)

franceseattle added this to a list 1 year, 6 months ago
Most Beautiful Actresses (326 person items)

narutorockzgok rated this 8/10 1 year, 8 months ago

mygvesz added this to a list 2 years, 1 month ago
Turkish Women (219 person items)

Stepan_Kant added this to a list 2 years, 11 months ago
Turkish Sweets (13 person items)

soulfulbeauty3 added this to a list 3 years, 7 months ago

parryj voted for an image 3 years, 10 months ago

mohamed Attallah rated this 9/10 4 years ago

virtualspring voted for an image 4 years, 2 months ago