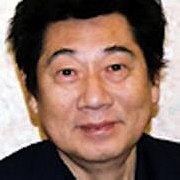 13 votes
Music I Think of When I Climax (9 items)
list by shotswerefired
Published 3 years, 4 months ago

Kikuchi's compositions characteristically have a 16-beat blues and pentatonic basis. Up-tempo works like those in Kamen Rider and Abarenbō Shōgun form the majority of his works, while the 12/8 theme of Doraemon and the slow background music from long-running series have become some of his best-known works. As anime and tokusatsu like Doraemon, Kamen Rider, Dragon Ball, Dragon Ball Z, jidaigeki such as Abarenbō Shōgun and Chōshichirō Edo Nikki, and TBS Saturday-night productions ranging from Key Hunter to G-Men '75 became long-running hit series, people began to say that "if Kikuchi Shunsuke is in charge of the music, the show will be a hit." ... (more) (less)
Tags: Music (1)
My tags:

shotswerefired added this to a list 3 years, 4 months ago
Music I Think of When I Climax (9 music items)

shotswerefired rated this 8/10 3 years, 5 months ago