217 votes
Most Beautiful Women in the World...Today! (1759 items)
list by Avid Admirer
Published 6 years, 2 months ago 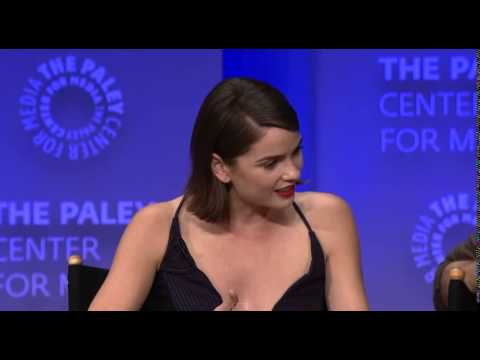 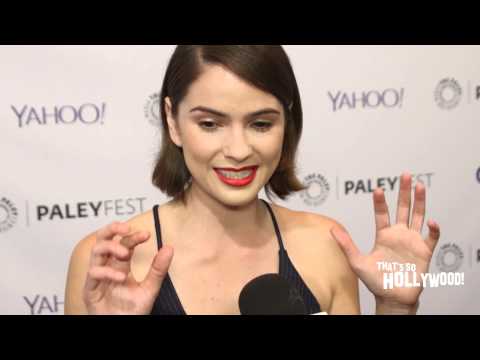 Hennig making an appearance days after winning the Miss Teen USA title, August 7, 2004
Hennig was born in Metairie, Louisiana, and later lived in Destrehan, Louisiana. She is the daughter of Cathy Distefano Gosset and Glenn H. Hennig, Sr.

As Miss Teen USA, Hennig represented the Miss Universe Organization. Her "sister" 2004 titleholders were Jennifer Hawkins (Miss Universe, of Australia) and Shandi Finnessey (Miss USA, of Missouri), with whom she made appearances, which included a trip to Bangkok, Thailand. During her reign Hennig made numerous television guest and public speaking appearances, including a guest appearance in the NBC soap opera Passions which was part of her prize package. Hennig also worked with a number of other non-profit organizations, including Seeds of Peace, D.A.R.E., Sparrow Clubs and SHiNE.

Her reign ended on August 8, 2005, when she crowned Allie LaForce of Ohio as the new Miss Teen USA.

Hennig attended Destrehan High School where she was named an "Academic Excellence Student". She is an accomplished dancer, having won many awards in dancing competitions. She also enjoys writing, and two of her poems have been published in the Young Authors Book of Poetry.

Three years before she won the Miss Teen USA title, one of her older brothers was killed in a drunk-driving incident. Hennig has become an advocate against under-age drinking. She has done work with a local Louisiana non-profit organization called 'C.A.D.A' (Council on Alcohol and Drug Abuse), mentoring peers, and other youths about the impacts, and consequences of drug and alcohol abuse.

Soon after she relinquished her crown, Hennig participated on MTV's The Reality Show where she attempted to win her own show, After the Crown but was eliminated. She hosted the Miss Teen USA 2008 pageant on August 16, 2008 along with co-host Seth Goldman.

On April 20, 2007, Hennig joined the cast of Days of Our Lives in the contract role of Stephanie Johnson. In 2010 she received a nomination for the 37th Daytime Emmy Awards in the Outstanding Younger Actress In A Drama Series category. On January 18, 2011, Hennig announced that she will be leaving Days of Our Lives. She was quoted inSoap Opera Digest saying:

It just feels right. I have been preparing for this for awhile [sic], so I have said my mental good-byes. I will miss the faces I see here every day, but everybody has been really encouraging and has embraced my decision ... I feel like I'm going out with a bang after last week's air shows and I feel great about it creatively and I am thankful to the writers for giving me that. It's been a lot of fun to play and I wouldn't change anything.

From 2011 to 2012, she played the major character Diana Meade in the TV series The Secret Circle based on the books written by L. J. Smith. On May 11, 2012, it was announced that the series would not be returning for a second season. She then appeared in the MTV series Zach Stone Is Gonna Be Famous as Christy. On June 26, 2013, it was announced that the show was also canceled after one season.

Hennig also had a role on the MTV series Teen Wolf as the character Malia Tate. She was promoted to a series regular for Season 4. In 2014 she appeared in the films Ouija and Unfriended.

She also appeared on The Band Perry's music video for "Gentle on My Mind" alongside The Hunger Games actor Alexander Ludwig.

Botzu voted for an image 1 month ago

kalel13 voted for an image 1 month ago

Edu added this to a list 1 month, 3 weeks ago
The most attractive actresses (735 person items)

parryj voted for 8 images [View All] 3 months ago

logymw added this to a list 7 months, 2 weeks ago
Gorgeous Actresses (1203 person items)

Kalo Tapangararua voted for an image 8 months, 2 weeks ago

shotswerefired voted for an image 9 months, 1 week ago

psow voted for an image 9 months, 1 week ago

Dragonslayer voted for 55 images [View All] 9 months, 1 week ago

LimboJimbo voted for an image 9 months, 1 week ago

Dragonslayer voted for 8 images [View All] 9 months, 2 weeks ago

stark21 voted for an image 9 months, 3 weeks ago

lovedriver voted for an image 10 months ago

DuckNation posted a image 10 months ago

Botzu voted for an image 10 months ago