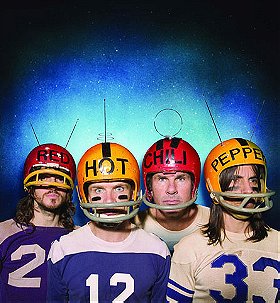 In addition to Kiedis and Flea, the group originally featured guitarist Hillel Slovak and drummer Jack Irons. Slovak, however, died of a heroin overdose in 1988, resulting in Irons' departure. Irons was replaced briefly by former Dead Kennedys drummer D. H. Peligro before the band found a permanent replacement in Smith, while Slovak was replaced by up-and-coming guitarist Frusciante. This lineup recorded the band's fourth and fifth albums, Mother's Milk (1989) and Blood Sugar Sex Magik (1991).

Blood Sugar Sex Magik was a significant record for the band; having sold over thirteen million copies, it provided the group's initial mainstream commercial success. Frusciante grew uncomfortable with this new found success and left abruptly in the middle of the tour for the album in 1992, descending into heroin addiction. Kiedis, Flea, and Smith employed Dave Navarro of Jane's Addiction for their subsequent album, One Hot Minute (1995). Although fairly successful, it did not match the critical acclaim of Blood Sugar Sex Magik and sold less than half the copies of its predecessor. Shortly afterwards, Navarro departed the band due to creative differences. Frusciante, fresh out of drug rehabilitation, rejoined the band in 1998, at Flea's request. The reunited quartet returned to the studio to record Californication (1999), which went on to sell fifteen million units worldwide, becoming their most successful album to date. It was followed three years later with By the Way (2002), which continued their success. In 2006, the group released the double album Stadium Arcadium, giving them their first American number one album.

The Red Hot Chili Peppers have won seven Grammy Awards. The band has sold over fifty-three million albums worldwide, have eight singles in the Top 40 of the Billboard Hot 100 (including three singles in the Top 10), have five number one singles on the Mainstream Rock charts, and hold a record of eleven number one singles on the Modern Rock charts. On September 23, 2009 the band was nominated for induction into the Rock and Roll Hall of Fame as part of the class of 2010. They are currently on hiatus, but both Chad Smith and Anthony Kiedis have stated the band will return to the studio to work on new material later in 2009.. The Red Hot Chilli Peppers were ranked #30 on VH1's "Greatest Artists of Hard Rock". ... (more) (less)
My tags: