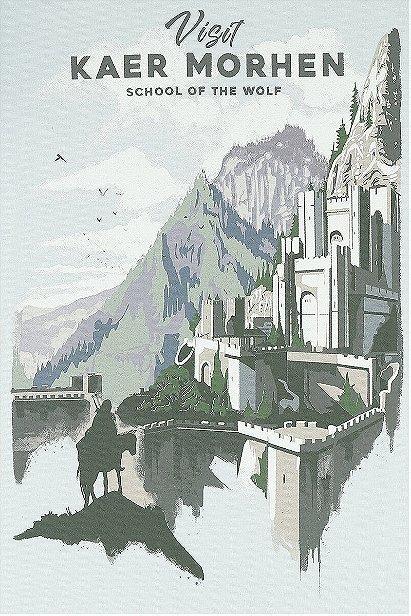 View all Kaer Morhen pictures (7 more)
Kaer Morhen (Elder Speech: Caer a'Muirehen, meaning Keep of the Elder Sea) is an old keep where witchers of the School of the Wolf used to be trained. The name is a corruption of Caer a'Muirehen, revealing that there used to be sea around it, which is further indicated by the presence of fossilized sea creatures embedded in the stones on which it was built. However, by the 1200s it is located in the mountains of the kingdom of Kaedwen, right off the Gwenllech river.

In older times, witchers trained and underwent mutations here, but fanatics who considered witchers an abomination attacked the keep and killed most of the teachers and students. Vesemir was the last known witcher to live in the keep, although other witchers sometimes rested here between their assignments, often during the winter, after which they set out on The Path again.

The castle can only be reached by "The Witchers Trail", which is easy to miss, and encircles the keep. It is often given the nickname "The Killer" by young witchers.