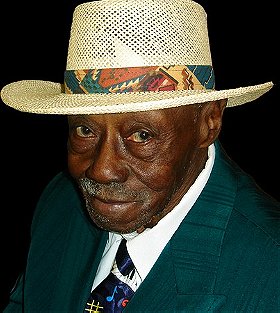 Perkins was born in Belzoni, Mississippi. He began his career as a guitarist, but then injured the tendons in his left arm in a fight with a choir girl in Helena, Arkansas. Unable to play guitar, Perkins switched to the piano, and also switched from Robert Nighthawk's KFFA radio program to Sonny Boy Williamson's King Biscuit Time. He continued working with Nighthawk, however, accompanying him on 1950's "Jackson Town Gal".

Perkins then relocated to Illinois and left the music business until Hooker convinced him to record again in 1968. When Otis Spann left the Muddy Waters band in 1969, Perkins was chosen to replace him. He stayed for more than a decade, then left with several other musicians to form The Legendary Blues Band with Willie "Big Eyes" Smith, recording through the late 1970s, 1980s and early 1990s. ... (more) (less)
My tags:

1. Portrait of a Delta Bluesman

1. Portrait of a Delta Bluesman