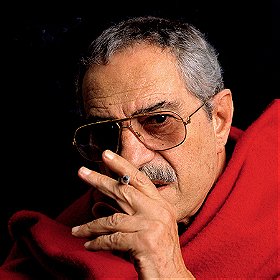 1 vote
View all Nino Manfredi pictures
Nino Manfredi (1921-2004) was an Italian actor. Born at Castro dei Volsci, Frosinone, Lazio, Italy, he studied law before going into acting. He made his film debut in 1957, and later branched out into direction. He even composed songs for the soundtrack of one of his films. He continued appearing in films and on television into old age. He died in Rome, after suffering a stroke.
Tags: Italian (1), Actor (1)
My tags: