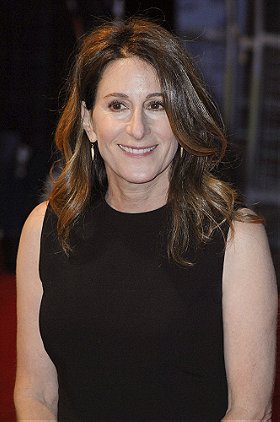 Holofcener grew up around show business with her actor father and set decorator mother. With the help of her stepfather, film producer Charles Joffe, she started as an assistant to editor Susan E. Morse, a frequent collaborator of Woody Allen. After studying film at Columbia University, she made a short titled Angry in 1991. She also briefly appeared in the film Mi Vida Loca.

Holofcener made her feature film writing and directing debut with the semi-autobiographical Walking and Talking, which starred Catherine Keener and Anne Heche. The film was critically acclaimed and has since gained a cult following. Her understanding of modern, professional women made her an ideal choice to direct female-centric television shows like Sex and the City, Leap of Faith and Gilmore Girls.

She followed in 2001 with her second feature, the unflinching and also semi-autobiographical Lovely and Amazing. Featuring performances by Catherine Keener, Brenda Blethyn, Emily Mortimer and newcomer Raven Goodwin, the film was not only critically acclaimed but did well at the box office. Costing only $250,000, it grossed over $4 million.

4. At the Video Store (2019)
View all Nicole Holofcener movies

Stehako added this to a list 3 years, 11 months ago

Stehako added this to a list 5 years, 3 months ago