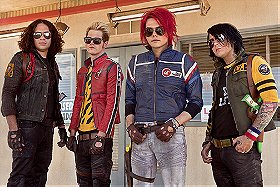 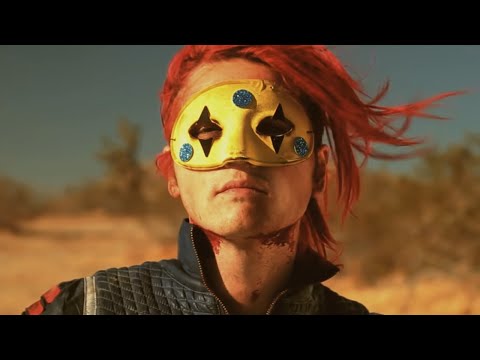 View all My Chemical Romance videos

The band eclipsed their previous success with their 2006 concept album, The Black Parade, which gained generally favorable reviews among music critics. Their fourth studio album, Danger Days: The True Lives of the Fabulous Killjoys, was released on November 22, 2010, to positive reviews. The band's final release was a series of singles, released over the course of five months, collected on the compilation Conventional Weapons. The band announced its break-up on March 22, 2013, one month after the final release in the Conventional Weapons series. A greatest hits collection entitled May Death Never Stop You was released on March 25, 2014

1. I Brought You My Bullets, You Brought Me Your Love

2. My Chemical Romance: The Black Parade Is Dead!

2. My Chemical Romance: The Black Parade Is Dead!

EatMorePez added this to a list 3 years, 1 month ago

SchwarzerAbt added this to a list 4 years, 1 month ago

Sasa added this to a list 5 years, 8 months ago
Covers by twenty one pilots (31 music items)

moviebuff added this to a list 6 years, 8 months ago
Most Influential Musicians Of All Time (171 person items)