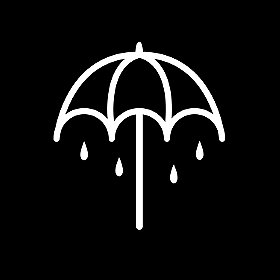 Bring Me The Horizon

1 votes
Discography of... Bring Me the Horizon (14 items)
list by SchwarzerAbt
Published 7 months, 3 weeks ago

The band has sold over 700,000 albums across four previous releases in the US. Bring Me The Horizon's most recent full-length release, 2013's Sempiternal, triggered a year of triumphs for the young band from Sheffield, England, entering the UK album chart at #3 and selling more than a half million copies worldwide (300,000 in the US alone), proving a metal band can make their mark on the mainstream. The band brought 2014 to a close on a huge high with their single "Drown" in the top 10 at Active Rock radio for two months straight, marking their biggest US radio song of their career, not to mention a sold-out concert at London's famed Wembley Arena, which produced the DVD release: Bring Me The Horizon: Live At Wembley.

Bring Me The Horizon has built a global following and enormous validation in the press since forming in the UK in 2003. Past press correctly puts Bring Me The Horizon on the edge of global domination in the metalcore genre: "Success must be just over the horizon...." - Daily Star, "Bring Me The Horizon teeter on the brink of hugeness" - The Guardian, "Britain's Best Band" - Kerrang, "....surely it's only a matter of time before BMTH become one of the biggest bands on the planet" - Rocksound

SchwarzerAbt added this to a list 7 months, 3 weeks ago
Discography of... Bring Me the Horizon (14 music items)

Zane added this to owned list 1 year, 9 months ago

José Lopes added this to list 2 years, 4 months ago

juliearr added this to owned list 4 years, 2 months ago