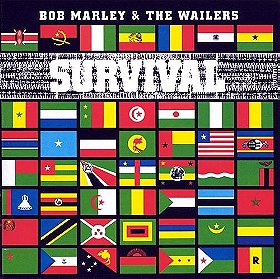 Survival is an album with an outwardly militant theme. Some critics speculate that this was due in part to criticism Marley received for the laid-back, ganja-soaked atmosphere of his previous release, "Kaya", which seemed to sidetrack the urgency of his message. In the song "Africa Unite", Marley proclaims Pan-African solidarity. The song "Zimbabwe" is a hymn dedicated to later-independent Rhodesia. The song was performed at Zimbabwe's Independence Celebration in 1980, just after the official declaration of Zimbabwe's independence.