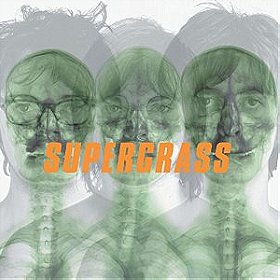 
Supergrass may be the unluckiest band to come out of the Britpop wave of the early 1990s. Their first album, I Should Coco, saw the trio typecast as a cartoonish indie boy band propelled to stardom by the adolescent hijinks of "Feel Alright" and "Caught by the Fuzz." Unfortunately, this tag proved rather difficult to shake and as their music matured, their audience dwindled; their second album, In It for the Money, was released to critical acclaim and consumer indifference. By the time Supergrass was released in 1999, the band had already been relegated to the "Oh yeah, I remember those guys" category of pop. What a shame, because Supergrass is at least as good as In It for the Money--and that album was fantastic. Flaunting their '70s-rock influences proudly, Supergrass continue to sound like the world's greatest garage band with a sack full of studio toys. These guys know what makes a good pop song: "Pumping on Your Stereo" is practically shouting out for an audience of handclaps, while "Shotover Hill" makes use of the oft-neglected kettle drum. With Supergrass, the boys have again demonstrated how much they've grown up. Pop music, yes, but definitely not kid's stuff. --Robert Burrow

Agent Kermit D. Fonz added this to a list 4 years, 6 months ago

""Pumping On Your Stereo""