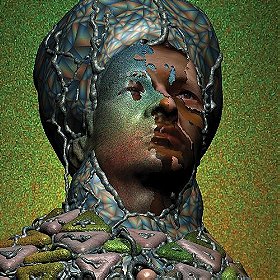 Since the release of their critically acclaimed 2007 debut All Hour Cymbals, Yeasayer has been around the world and back again. While their first record was conceived in total artistic isolation, constant touring forced Yeasayer to finally engage with their contemporaries. If All Hour Cymbals was Yeasayer's attempt at global and ambient cultural mash-up then their new album, ODD BLOOD, takes place in an off-world colony sometime after the Singularity. Glimmering reverb haze is eschewed and replaced by a cavalcade of disorienting pitch effects and flickering ectoplasmic wisps.
Manufacturer: Secretly Canadian
Release date: 9 February 2010
EAN: 0656605021027 UPC: 656605021027
Tags: Bought 2010 (1), Album (1), American (1), 2010 (1)
My tags:

juliearr added this to owned list 3 years, 11 months ago