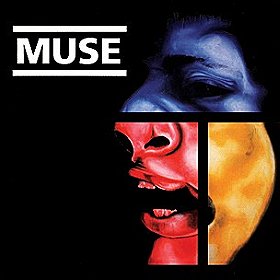 The EP was recorded in 1997 mastered by February 1998, and released on the 11th May 1998 on Dennis Smith's Dangerous label. The recordings on the album differ from those later released on Showbiz, for example, "Overdue" is longer and features additional choruses. As the Muse EP is highly sought after by fans and collectors, Muse EPs on eBay can reach prices of the order of several hundered GBP. Howard authored the artwork, by photocopying his own face. A similar piece of artwork can be seen on a poster for "Muse" in the film 12 Monkeys.