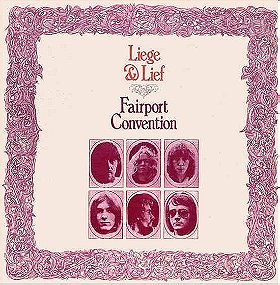 Liege & Lief, released in 1969, is the fourth album released by the English electric folk group Fairport Convention. The album consists of traditional songs and tunes, together with original music written in that same style. The instrumentation is a balance of acoustic and electric instruments, with Sandy Denny singing most of the leads and her vocals featuring prominently in the sound mix. The album was very influential and did much to established British folk rock as a distinct genre.
Manufacturer: A&M
Release date: 25 December 1969
EAN: 0075021425729 UPC: 075021425729
Tags: 1969 (1), England (1), Folk-rock (1)
My tags:

JxSxPx added this to a list 3 years, 2 months ago
Uncut Magazine - 200 Greatest Albums Of All Time (200 music items)