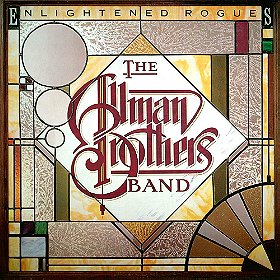 They began recording Enlightened Rogues that December, and recording stretched into the new year. Sessions took place in Criteria Studios in Miami, Florida with producer Tom Dowd, who worked on a trio of early Allman Brothers albums. The group stayed at a home overlooking Biscayne Bay, which promoted unity within the members. The recording process was smooth and pleasant, with members showing courtesy to one another in comparison to ill feelings felt earlier. The album's title comes from a quote original guitarist Duane Allman used to describe the band: "The world is made of two great schools, enlightened rogues and religious fools."