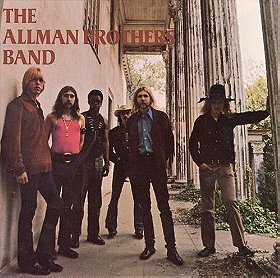 The album was recorded and mixed in two weeks at Atlantic Studios in New York City. Much of its material was premiered live over the preceding months and combines blues, jazz and country music to varying degrees. It includes re-workings of "Trouble No More" and "Don't Want You No More," as well as notable originals such as "Dreams", which highlighted the band's jazz influence, and "Whipping Post", which became a crowd favorite. Although the group was arranged to work with producer Tom Dowd (whose credits included Cream and John Coltrane), he was unavailable, and they instead recorded with house engineer Adrian Barber. The album's artwork was photographed in Macon and surrounding areas.

The record initially received a poor commercial response, charting in the lower levels of Billboard's Top 200 Pop Albums chart. Despite this, the album received critical acclaim from publications such as Rolling Stone, who called it "subtle, and honest, and moving." Following the band's increased fame in the early 1970s, this album and its follow-up, Idlewild South (1970), were repackaged into the compilation album Beginnings. Owing to the band's dislike of Barber's original mix, their debut album was remixed by Tom Dowd. In 1973, Beginnings was certified gold for sales of 500,000 copies, according to the Recording Industry Association of America.

Stehako added this to a list 3 years, 9 months ago

Dark Warrior added this to a list 4 years, 5 months ago

Dark Warrior added this to a list 6 years ago