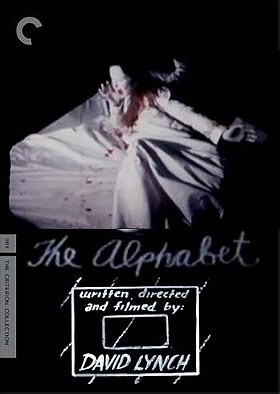 35 votes
Animation I Have Watched (281 items)
list by Paulius
Published 9 years, 5 months ago

83 comments
View all The Alphabet lists

View all The Alphabet videos

Tumppi added this to a list 2 years, 5 months ago

Andy Goulding added this to a list 4 years, 9 months ago

"DIR: David Lynch SUMMARY: A young girl is troubled by nightmare images of the alphabet WHY IT'S HERE: Playing like a twisted variation of a 'Sesame Street' animated insert, 'The Alphabet' was David Lynch's second short film and improves on his moving art exhibit 'Six Men Getting Sick' with a greater narrative definition and visual invention. A clear forerunner for Lynch's first full length film 'Eraserhead', 'The Alphabet' vividly depicts a young girl's nightmare vision of the alphabet as a "