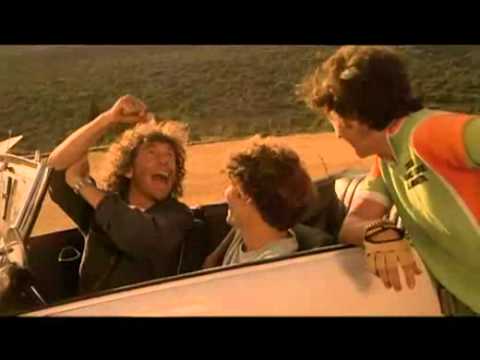 View all One Deadly Summer videos

Kenji
1 vote
The film starts out as a broad sort of sex comedy but then explores darker places. It had a strong effect on me as a young man in the early 80s, admittedly in large part due to the sight of Isabelle Adjani in a ra-ra skirt, and less. In short, i fell in lust, but the film's worth seeing anyway. Not long back it was picked in Sight & Sound's (forgotten pleasures) list of 75 Mainstream Marvels of th... read more

johanlefourbe
1 vote
Back in the 70's and 80's, Isabelle Adjani was the most highly acclaimed French actress, she was even bigger than Catherine Deneuve back then (she won a staggering 5 Césars (the French Oscars) during her career). Unfortunately, after 'La Reine Margot' released in 1994, her career went nowhere and in France, she came more often in the news concerning her private life than for her (disappointing an... read more
View all One Deadly Summer reviews

maxafa added this to a list 3 weeks, 2 days ago
Revenge (58 movies items)

" as Eliane Wieck known as 'Elle'"

Severin Severin added this to a list 3 months, 2 weeks ago

" This movie should just be called "Isabelle Adjani is really hot, so we are going to show you her tits and ass for 2 hrs." That was basically the whole selling point. Alain Souchon is one of the ugliest dudes I've ever seen, and it was bewildering seeing him paired with this goddess of a woman. To even see them simulate sex is traumatic. The man looks like a drowned insect with fried hair jfl. I'll stop bullying the man but the plot is a total disappointment and so bad. Isabelle plays a ven"

r04n1ez posted a image 4 months ago

Severin Severin rated this 5/10 4 months ago

maxafa added this to have watched list 9 months, 2 weeks ago

HI-FI a go-go added this to wanted list 2 years, 1 month ago

aLittleTyger voted for an image 2 years, 3 months ago

Jonathan1946 added this to wanted list 2 years, 8 months ago

muh added this to wanted list 3 years, 6 months ago

pamela added this to wanted list 3 years, 6 months ago

Kandi voted for 5 images 4 years ago

“The film starts out as a broad sort of sex comedy but then explores darker places. It had a strong effect on me as a young man in the early 80s, admit”