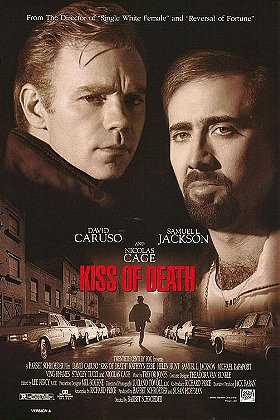 View all Kiss of Death lists 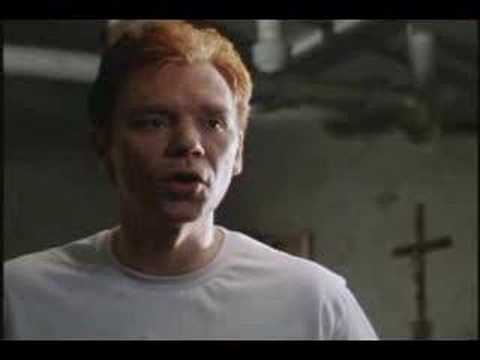 View all Kiss of Death videos

johanlefourbe
The main reason I wanted to check this movie was because it was directed by Barbet Schroeder. Indeed, even though this director is pretty much forgotten nowadays, he managed to breakthrough internationally in the 90’s thanks to some really solid thrillers and I always had a weak spot for his work. From all the movies Schroeder made at the time, it was probably not the best or most popular one b... read more
View all Kiss of Death reviews

Agent Kermit D. Fonz added this to a list 6 days, 21 hours ago

" Based on the 1947 film written by Ben Hecht, Charles Lederer and Eleazar Lipsky, Jimmy Kilmartin's an ex-con who's trying to go straight. But he can't say no to a quick driving job because his so called friend's life is threatened. The job is for Little Junior Brown, a violent and powerful villain. When things go wrong, Jimmy is left to do the time, and his whole life is turned upside-down, but if that wasn't enough, the cops won't leave Jimmy alone when he gets out... They want 'Little Juni"

Agent Kermit D. Fonz added this to a list 4 years, 7 months ago
My favorite and least favorite films of 1995 (125 movies items)

Agent Kermit D. Fonz added this to a list 6 years, 2 months ago
Samuel L. Jackson: The Best and Worst of (61 movies items)