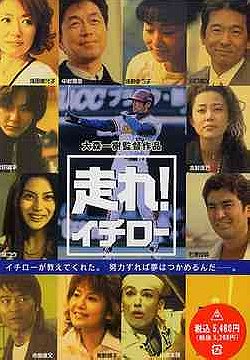 The title means 'Run! Ichiro'. Based on the story 'Hashire! Takahashi' by Ryuu Murakami. - One day in the spring of 2000, at the Kobe Green Stadium, the franchise of the professional baseball team Orix Blue Wave. After the Hanhin-Awaji earthquake in 1995, Blue Wave has been helping the promotion for the reconstruction of the city of Kobe. The team has a star player Ichirou Suzuki, better known as simply Ichiro. He has become a hope for the many people. Among the people who come to the stadium, there are several men with the name 'Ichirou'. They are willing to 'run' for the future.
My tags: