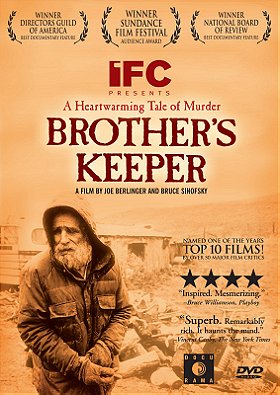 128 votes
Can't We Be Dysfunctional Like A Normal Family? (34 items)
list by The Mighty Celestial
Published 11 years, 6 months ago

hiyamugi added this to have watched list 2 years, 11 months ago

The Mighty Celestial added this to a list 4 years, 1 month ago

" A town comes together for one of their own. Well.... one of their own that came "outta the the abandoned basement of society", which we have all seem to deny exists. Until, the media comes arunnin' to shine it's light of "subjective truth" upon it. A story that starts out macabrely weird and ends up macabrely moving. "