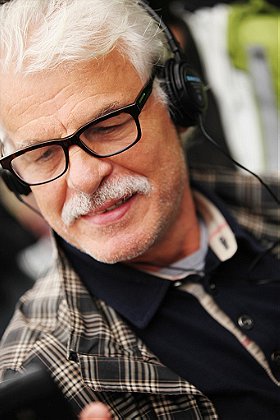 132 votes
"Words And Ideas Can Change The World" (103 items)
list by Villiana
Published 7 years, 11 months ago

7 votes
Favorite actors and Actresses of all time. (63 items)
list by yamaha373
Published 1 year, 7 months ago

He appeared in several TV movies in 1970s, but 1983 marked the beginning of his greatest television popularity when he played the lead as a police inspector investigating the Mafia in Damiano Damiani's TV series La Piovra. He went on to play the same part in the subsequent three series, until his character's assassination. Afterwards he would appear as a law enforcement official in a number of other films and TV productions dealing with organized crime, including a semi-biographical movie about Giovanni Falcone, where he acted as the titular judge. In 2008, in a reversal of roles, he portrayed longtime Mafia boss Bernardo Provenzano in the TV movie L'ultimo padrino.

"1979 - Winner for Ernesto Michele Placido - Best Actor as The Man"

yamaha373 added this to a list 1 year, 7 months ago
Favorite actors and Actresses of all time. (63 person items)