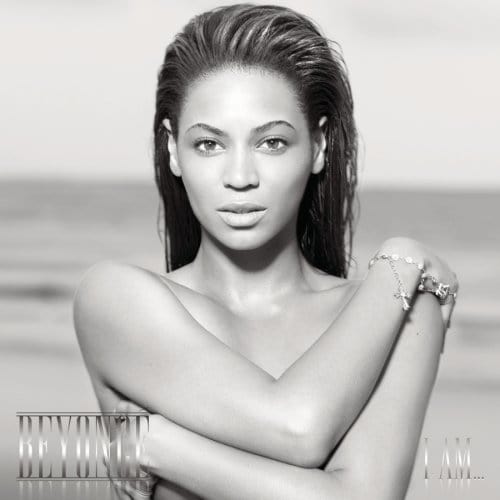 "Single Ladies (Put a Ring On It)"

I do like Beyoncé as a model or sex symbol, but not so much as a singer. She also has a large narcissistic and feminist ego. This is not only the worst and most annoying I've heard from her, but also one of the most appalling songs I've ever heard. This is NOT music, it's a torture device for the mind. I really don't get the appeal for it and feel like losing my sanity every time I hear it. It also makes me want to go into berserk mode like Trevor Philips from Grand Theft Auto V. Oh, even the song had four writers. FOUR F***ING WRITERS!
DragonPhoenix46's rating:

This song is so annoying with that "Woo-hoo" chorus and the "And I say no" hook. Not every British singer is has raw talent.

Her other single "Suddenly I See" wasn't that bad. But it's this song that is so unlistenable.

After listening snippets of this song... UGH! I definitely don't blame other people for bashing this song. This song so painfully terrible and catchy. You wish you could forget it, but it just won't go away.

Before I begin, Katy Perry is very beautiful and gorgeous. However, her singles before this weren't always top-notch, but at least they did have something. My favorites by her are "Hot n Cold", "Teenage Dream", and maybe "Fireworks".

Now, this must be the first song that I truly disliked from her. The other songs before it usually range from okay to meh. It just sounds so generic with all these clichéd lyrics: "Eye of the Tiger" and "I am the Champion". When I think those lyrics, I think of Survivor and Queen (sort of), respectively. Not Katy Perry. And the fact that it gets overplayed is really getting on my nerves.

I couldn't agree more with Todd in the Shadows for picking this the #1 spot for the Top 10 Worst Hit Songs of 2013. I was really waiting for the song to be in the countdown. When he finally announced it, I was like, "Oh, thank you, Todd, for putting that on the list!"
DragonPhoenix46's rating:

I liked this song when I was younger, but now I get really annoyed by it.

This song is so bland and annoying. Miley is not a good singer or a good actress.
DragonPhoenix46's rating:

I used to like this song when I was a kid. But when my tastes in music has changed, most particularly rock music and metal music, I no longer care about it.

0
Nickelback
"How You Remind Me"

One of the most overrated rock bands in recent memory. They're also one of the reasons why the mass audience don't listen to rock music anymore. The song is always overplayed ever since it was released. It's mind-boggling to see that they're more popular than far superior band from Canada, Rush.

0
Justin Bieber
Almost any songs by him.

0
Adele
"Rolling in the Deep" and "Hello"

The sound of the former is too generic, annoying, and not anything special. While for the latter, she makes it sound too bombastic. She along with Taylor Swift are some of the most overrated, overplayed, and overhyped music artists in recent memory. Although she has made some worthwhile songs like "Set Fire to the Rain" and "Skyfall". But she still gets too much attention. And she is no Whitney Houston, Celine Dion, Idina Menzel, and especially Kate Bush, when it comes to having a raw, natural, and powerful voice.
DragonPhoenix46's rating:

These get overplayed on the radio that they get old and annoying fast.

However, some songs that I do like from Taylor Swift are "Mine" and "Safe and Sound" from The Hunger Games. It's usually her more honest and less mainstream songs is where she shines the most.
DragonPhoenix46's rating:

The lyrics are too simplistic and generic. It just mostly repeats the same bland and annoying lyrics over and over again. You can write a song about anything. It's also a song that anyone can sing.

I haven't seen Pitch Perfect myself yet. But I don't have much interest of seeing it anyways, despite the generally solid reactions from other people.
DragonPhoenix46's rating:

They're so bland and uninspired.

Although their earlier singles like "Virginia" and "Drops of Jupiter (Tell Me)" are at least tolerable. The latter is one the best I've heard from them.

Songs I hate that made the charts or too popular for their own good. Any of you'll be asking yourself, "Why does everyone like this song?" or "Who listens to these songs?"

I will be adding more if hear any additional songs that I just can't stand.

I Hate Country, But I've liked Them
8 item list by BAMF
9 votes

Soda Hall of Fame by Ueno_Station54

British Comedy: You're Only Young Twice by Holy Godiva

A Slice of America: Columbo by Holy Godiva

Movies I watched while in Ethiopia (COMPLETE) by BAMF