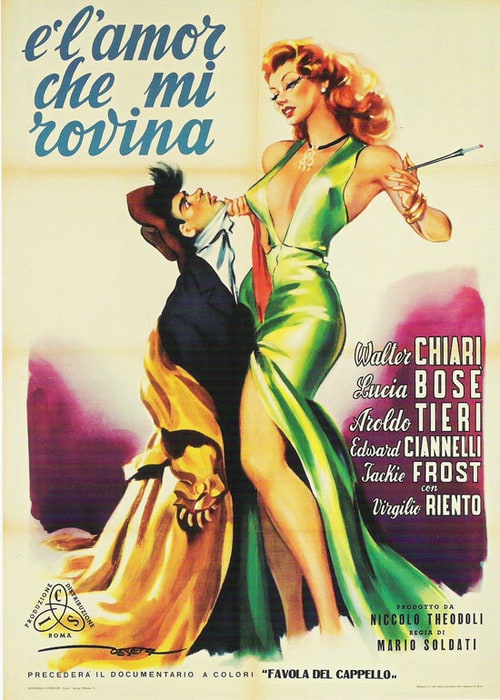 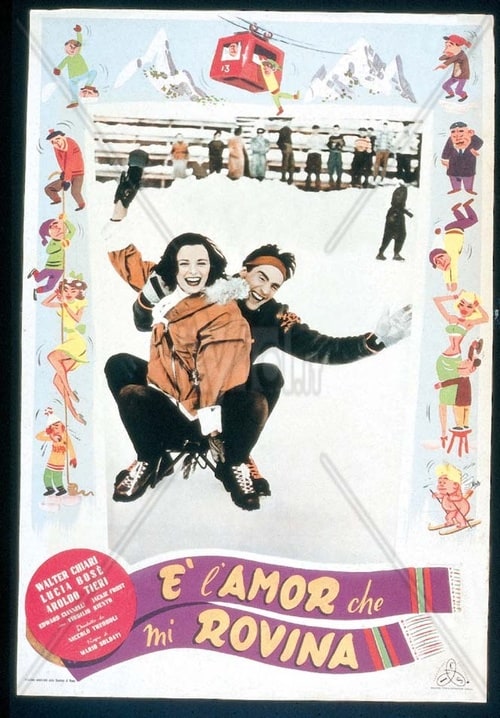 Movie poster for Mario Mattoli's Un Mandarino Per Teo (A Mandarine for Teo, 1960), a fantasy musical comedy starring Walter Chiari and Italian revue and comedy stars Sandra Mondaini and Ave Ninchi.
Un Mandarino Per Teo was written by Pietro Garinei and Sandro Giovannini, with music by Gorni Kramer. Garinei and Giovannini were the authors of many successful musical comedies both in theatres and as movies, such as Attanasio Cavallo Vanesio (Attanasio vain horse), Alvaro Piuttosto Corsaro (Alvaro rather corsair) and Giove In Doppiopetto (Jupiter in double-breasted coat). They were also the authors of the hugely successful Italian TV show Il Musichiere and, with Renato Rascel, of the international smash hit Arrivederci Roma.

Picture from Un Mandarino Per Teo: the Devil makes his proposal to Teo (Walter Chiari). Teo could provoke the death of a Chinese Mandarine, just ringing a bell. In this case, the Devil will give Teo the millionaire heritage of the Mandarine, and nobody will know anything about it! 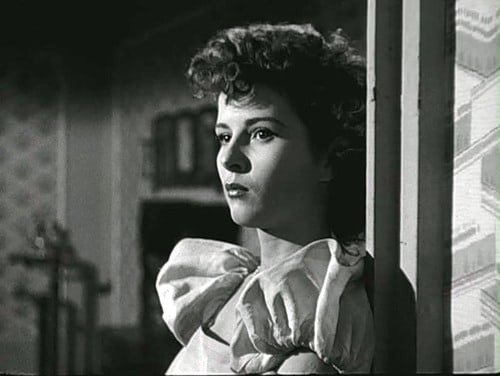 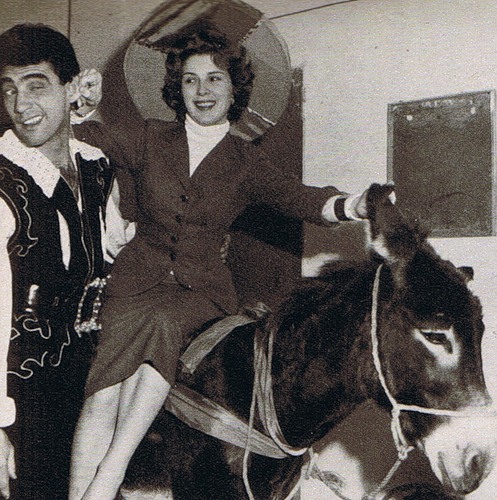 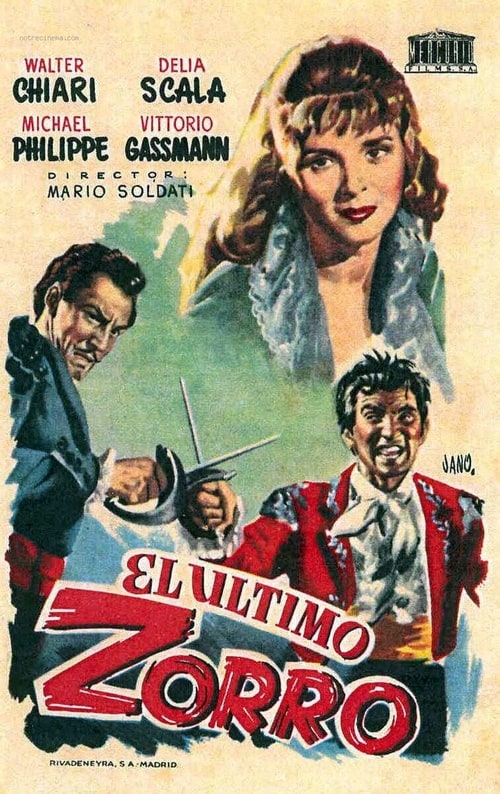 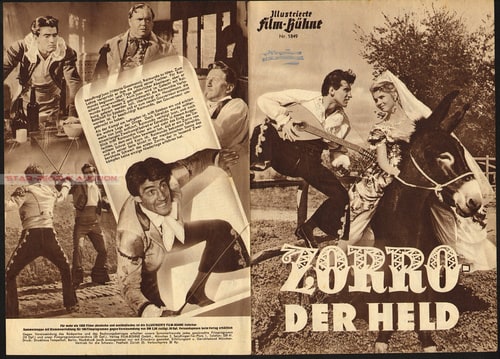 Cover (on the right side) and back cover of the German pamphlet of Il Sogno Di Zorro.
rickterenzi's rating: 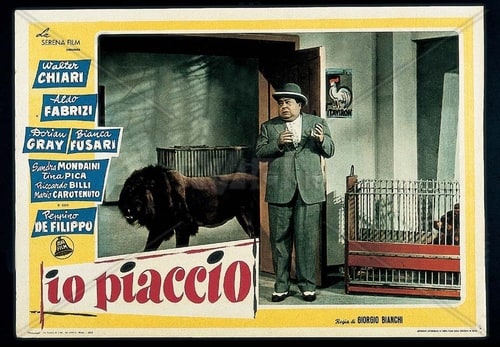 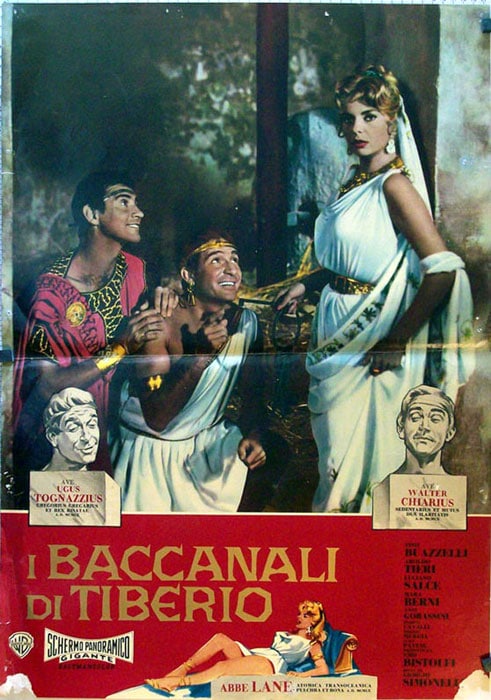 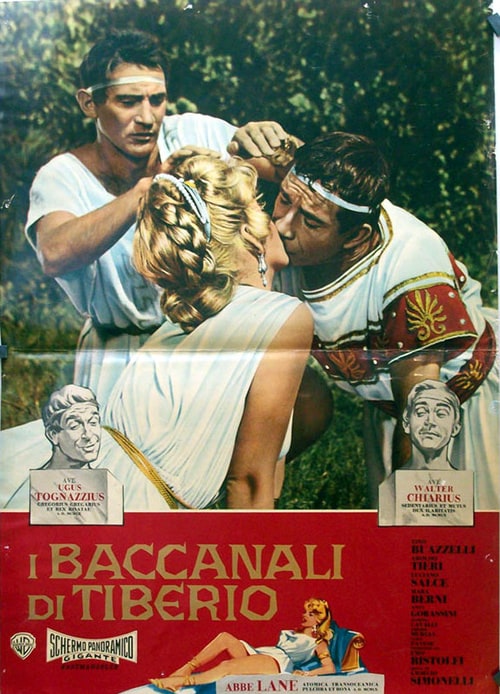 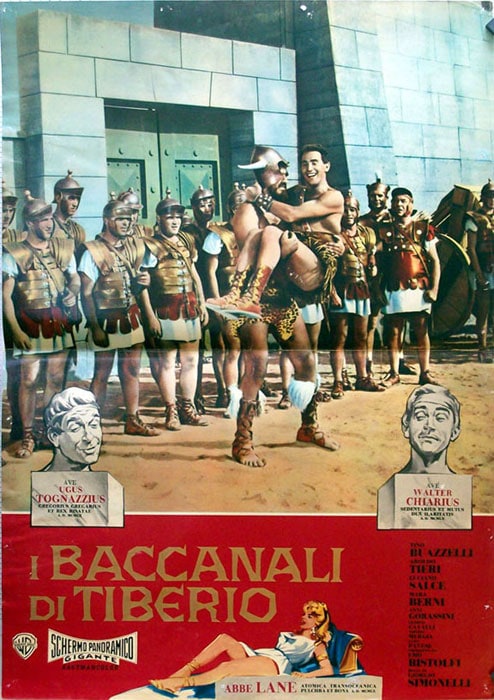 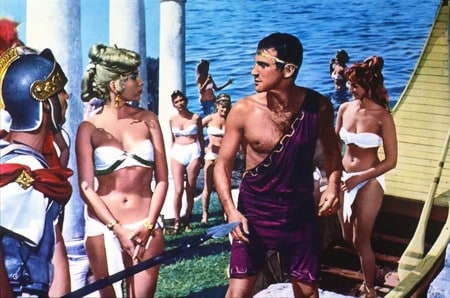 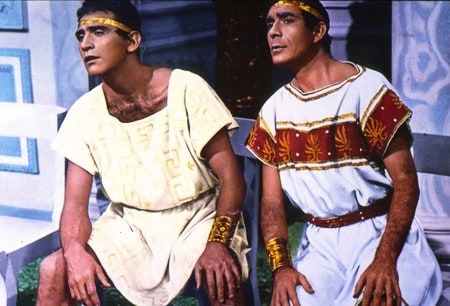 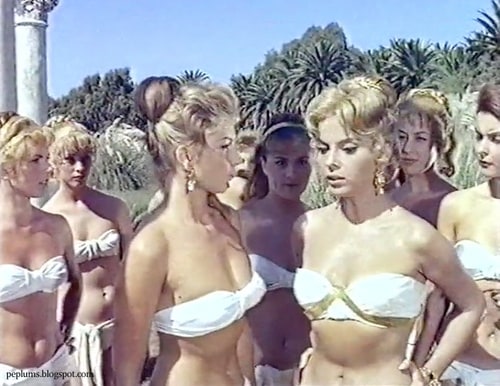 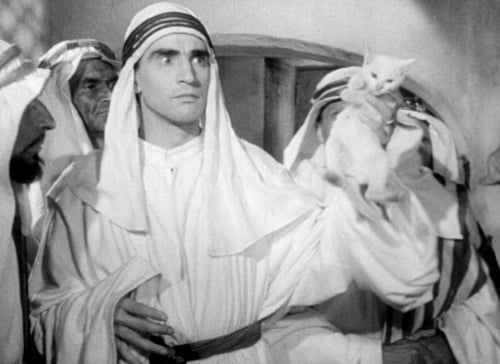 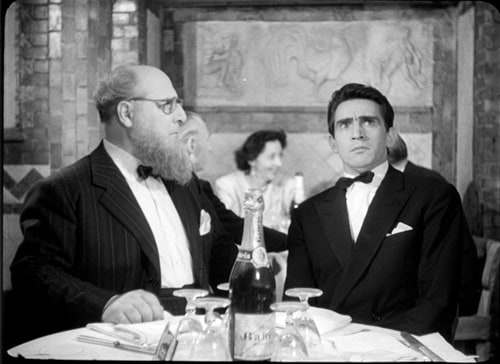 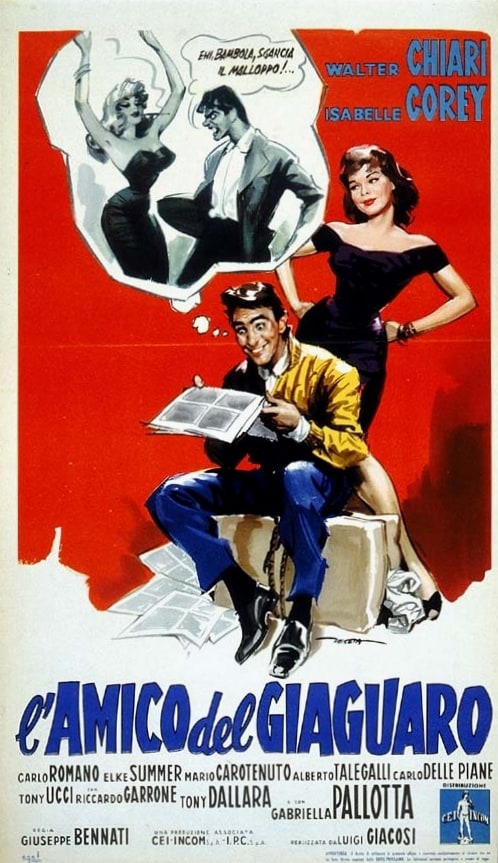 Movie poster for Marino Girolami's Walter E I Suoi Cugini (Walter and his cousins, 1961), a comedy starring Walter Chiari and Italian comedy star Valeria Fabrizi.
The movie is a parody of Luchino Visconti's drama Rocco E I Suoi Fratelli (Rocco and his brothers, 1960). 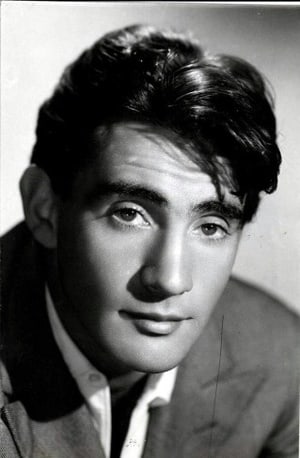 80's Top of the Rock Videos RESTORED by Mass. Patriot