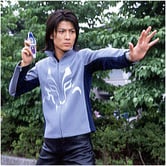 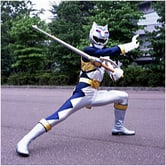 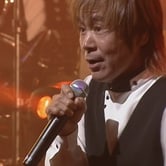 I need an Akira Kushida song on this list. It just wouldn't feel right without one.
I almost went with Geki Chopper, but didn't for two reasons. The first being that it's arguable as to who actually is the Gekiranger "Sixth" Ranger, if they even have one at all. Secondly, while this track isn't as catchy as Geki Chopper's theme, it's much more solid all-around.
jenndubya's rating: 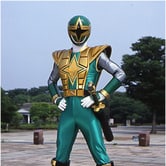 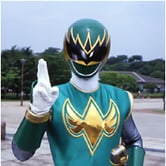 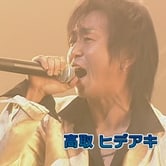 I feel like this song is an underrated gem. (Do most toku fans even know this song exists?) How can you not want to sing "Shuri-Shuri-Shurikenger" along with Takatori-san? And it continues the character's gratuitous English where pretty much every single line of the song has at least one English word in it. 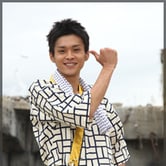 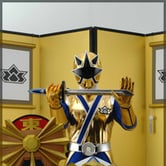 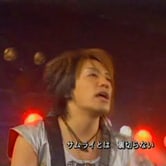 Probably the weakest in terms of the Psychic Lover trilogy of Gold Ranger songs. At least in terms of it being really catchy. I'd still consider it stronger song than at least one of the other two. It's just the one that I get the least into. However, it's still a really good song. 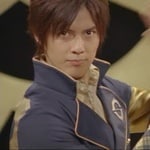 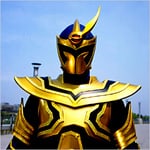 As much as I hate Magi Shine. (Boy, do I hate Magi Shine.) And as much as this song should be annoying by its repetitiveness. (And man is it repetitive.) It's so damn catchy that I love it. I can't not sing "Tenkuu Yuusha Magi Shine" along with YOFFY.
Also, that brass section is killing it and IMAJO always has the best guitar solos.
jenndubya's rating: 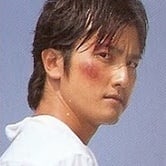 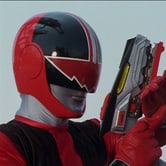 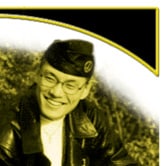 This song has one of the most kick ass intros of all time. You just hear "TIME FIRE!" and you know your ears are in for a good time. The male lead vocals and female backing vocals just compliment each other so well.
The instrumental itself seems to take some cues from the ending theme of the show, but still retains it's own identity. And I am a major sucker for a good guitar solo.
jenndubya's rating: 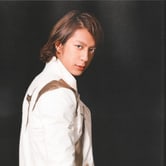 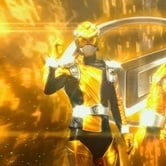 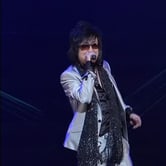 I hate that this is not higher, because Go-busters has probably the best soundtrack of any season of Super Sentai, but that just shows you how good the remaining four songs are.
Why does Beet Buster's song have a Spanish flair? Why not? It's amazing, that's why. Just shut up and enjoy this masterpiece.
jenndubya's rating:

Ame Nochi Rainbow
A Rainbow After the Rain
by Yohei Onishi (Project.R) 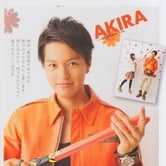 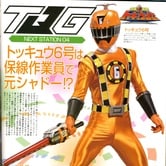 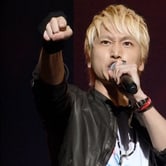 I admit, every time this song starts up, I feel like the song "Wipe Out" is going to start playing instead. But then it kicks into a super jazzy tune and I dig it. The song shows off Yohei's vocals super well and it's no wonder he got picked for the opening theme the next year.
Even the harmonica is not too overpowering and works. Something I have issues with during certain versions of the theme song where they add it there. 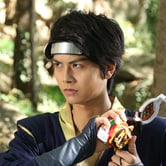 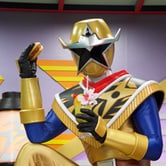 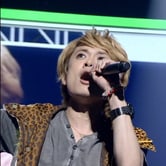 It's Star Ninger, are you really surprised he's this high? I also applaud them for not going full country, when they very well could have. They added just enough to give it some extra flair, but it's mostly just a rock song.
However, there is a certain pun that is exactly why the song is so high. "Ichi ni no san shi-nobi, four three two one-derful" is an amazing play on words and I will hear nothing against it. It's so great that they do another similar pun of "ichi ni no san shi-nobi, one two three four-mation" later in the song.
jenndubya's rating:

Psychic Lover just kills it on this song. In fact, that is the true story to how the dinosaurs went extinct. Somehow this song traveled back in time and all of the dinosaurs were rocking out so hard to this song that it killed them.
jenndubya's rating: 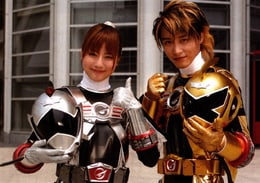 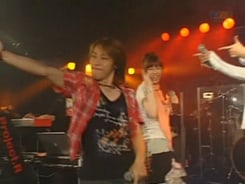 This isn't even my Go-onger bias showing, the Go-on Wings have, hands down, the best song out of all of the Sixth Rangers. The contrast in the vocals just works so well, and it's weird how the two of them are also both on the ending theme, but are both paired with different people there.
Takayoshi has a distinct voice that when it works, it really works, and it is a crime that Mayumi has still never gotten her own opening theme for Super Sentai.
jenndubya's rating:

For almost as long as Super Sentai has had Sixth Rangers, they've had insert songs to accompany the Sixth Rangers into battle.

Signalman was the first sixth hero to get a song for himself, not just his giant robot, but Mega Silver was the first "proper" Sixth Ranger to get his own song. And ever since then, every Sixth has also gotten a song - except Abare Killer, who I believe only got a character/image song.

These are my top ten favorite songs written for "Sixth" Rangers, even if I don't particularly care for the actual character himself.

* I'm not including American Sixth Rangers from Power Rangers because one, they stopped giving them theme songs after In Space, and two, it's hard enough for me to narrow down the list as is. Don't ask me to try and work "Go Gold Ranger" or "Go Green Ranger Go" into the list as well.

From Best to Worst: Super Sentai by jenndubya

Kamen Rider: From Best to Worst by jenndubya