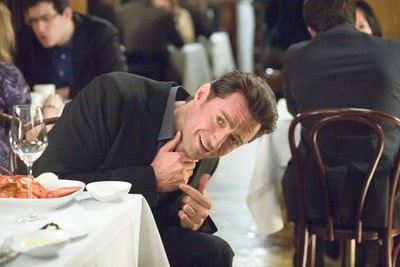 Notes: Basically, it was a collection of supposedly funny segments but they were just really cringe-inducing and I don't think I can pick up a segment which was actually slightly worth a look. Apparently, I have seen an alternate version instead of the one released in the US but there is no way that I'm going to check this other version just too make sure that it is just as bad as the one I have seen. The most bewildering thing about this project is the stunning number of famous and sometimes even really good actors that got involved into this.
johanlefourbe's rating: 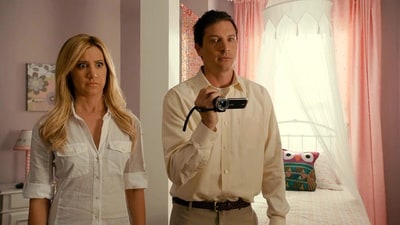 Notes: Was anyone really asking for yet another installment for this already really lame franchise? I mean, I have to admit it, I actually have a weak spot for the first 'Scary Movie' but all the sequels were pretty bad and this one was even worse. This time, they decided to spoof mostly 'Paranomal Activity 2' which I saw in fact not so long ago and, there, you already had an issue. Indeed, by spoofing a good movie like 'Inception' was not a bad idea but to spoof something already really underwhelming like 'Paranomal Activity 2' was really misguided and not funny whatsoever.
johanlefourbe's rating: 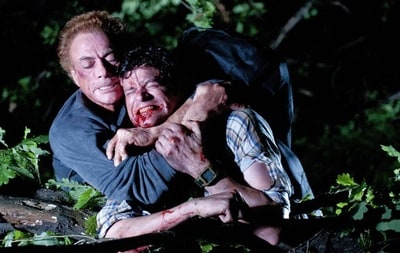 Notes: Of course, with such a direct-to-DVD release starring Jean-Claude Van Damme, I knew pretty much right from the start that it would be some B action flick. In fact, Van Damme was actually not bad, it was actually fun to see him playing some French Canadian gangster and he obviously had some fun with this part. Unfortunately, he was pretty much the only thing that did work though. Indeed, if Tom Everett Scott was fine playing a mild-mannered forest ranger, I was however not convincing at all as a seasoned ex-Navy SEAL soldier. To make things worse, the story was just terribly generic and tedious. On top of that, even if it was a rather short movie, nothing at all happened through some very long stretches of time making the damned thing even more boring than it already was.
johanlefourbe's rating: 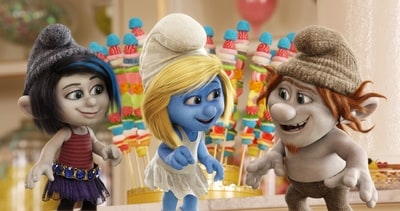 Notes: Eventually, it wasn't really worse than the first installment but since it was a sequel, I still gave it a lower rating. The main issue I had with this flick, is that they took the same misguided formula and did exactly the same thing with it with an even more underwhelming result. At least, the first time around, I was quite generous and I gave them some few extra points for at least trying and those little blue guys did look pretty good. But, for this sequel, even the novelty was not there anymore.
johanlefourbe's rating:

6
Justin and the Knights of Valour 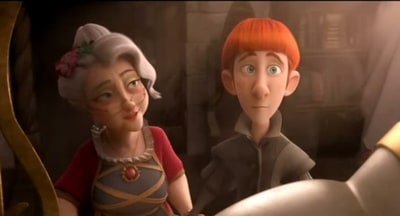 Notes: I was surprised that it was actually a Spanish movie produced by Antonio Banderas but, even though it was an honorable attempt, to be honest, it wasn't really good, I'm afraid. I mean, I have to admit it, for a CGI animated feature produced in Europe, the animation was actually not bad at all but that was pretty much the only positive thing about this movie. Indeed, above all, the main issue was that the story was just so boring and generic and, to make things worse, the main character was even rather pathetic. Of course, I understand that the whole thing was basically about an average boy dreaming to become a knight but they could have chosen someone slightly more charismatic. Coming back to the story itself, as I said before, it was just really generic and most of it was pretty much lifted from some far superior movies.
johanlefourbe's rating: 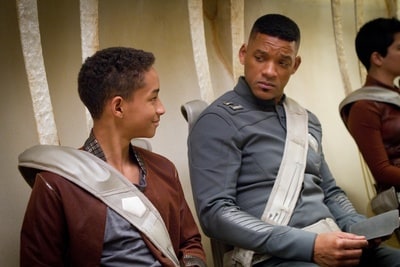 Notes: What the hell was Will Smith thinking?!? I mean, so far, he has always made some rather smart choices in his career but it is not very often that you will come accross such a misguided vanity project. First of all, why did he choose M. Night Shyamalan to direct this? The guy has one of the most pathetic track records in the business and there was a fair probability that he would mess this one up as well. To make things worse, Smith decided to shamelessly promote his son's career and gave him the lead in this story, no less than that. Well, they got lucky with 'The Karate Kid' which turned out to be watchable, but, here, Jaden Smith was just not convincing at all and his performance was rather cringe-inducing.
johanlefourbe's rating: 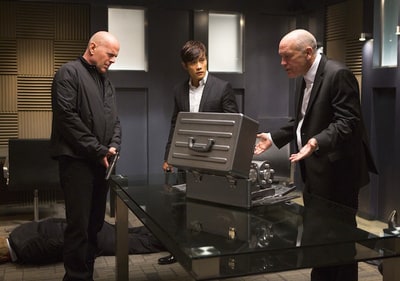 Notes: What the hell happened to Bruce Willis?!? In 2013, he showed up in only those 3 sequels and they were so lame that they all ended up in this list at some point. In my opinion, this movie was the worst of the bunch. Seriously, the damned thing was just so boring and even though they had once again a stellar cast involved, it seemed that they all showed up just to get a nice pay-check. Eventually, one of the most tedious things about this movie was the fact that Frank’s girlfriend always wanted to get involved in some dangerous situations while Frank himself actually wanted her to be careful. It was just such a lame running joke and there was not one single moment during which it was believable that Frank would bring along his girlfriend for such a dangerous mission.
johanlefourbe's rating: 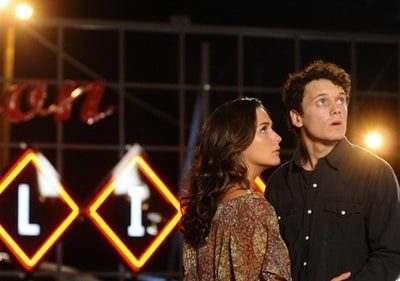 Notes: Well, to be honest, I was amazed by how disappointing the damned thing actually turned out to be, especially since it has such a solid rating on IMDb (no less than 6.9). Indeed, even though Anton Yelchin did what he could, his character was just rather boring and the other characters were even more tedious to behold. At least, I have to admit that Addison Timlin was pretty cute but I couldn't care less about their boring romance. Basically, it was the biggest issue with the whole thing, the fact that everything was just so boring. I mean, there was really nothing about his gift that was either entertaining or original and the way the main character spent at least half of the movie explaining in voice-over his powers and what was going on was just so lame and lazy.
johanlefourbe's rating: 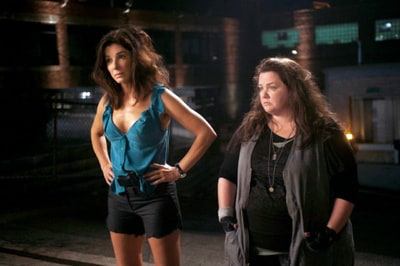 Notes: Right from the weak beginning scene introducing Sandra Bullock's character, I was already pretty much done with the damned thing. Sure, I have to admit it, there were a few good jokes here and there but most of it was actually pretty much cringe-inducing to behold. The fact that I have been watching lately 'The Wire', easily the most realistic cop TV-show ever produced, probably didn't help. I mean, I understand that it was supposed to be a comedy and that Melissa McCarthy's character was supposed to be funny, but it was utterly unbelievable that they would tolerate a cop displaying such an awful behavior towards her colleagues, her superiors and other law inforcement departments. In spite what the makers tried to make the viewers believe, it didn't seem efficient at all but, above all, it was just not funny whatsoever.
johanlefourbe's rating: 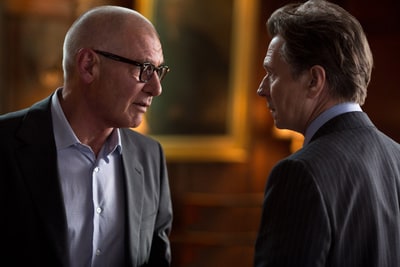 Notes: Basically, it was one of these thrillers trying to convince the viewers that everything displayed could be possible with a lot of useless fancy visual gimmicks but it was utterly unconvincing and boring. Furthermore, like his brother Chris in 'Blackhat', Liam Hemsworth was such a poor choice to play a nerd. He wasn't helped by the fact that his character was just rather poorly written. Indeed, it could have been interesting if they wrote the main character as a greedy ambitious douchebag ready to do anything to reach success but, by choosing to show him so innocent, this character became terribly bland and spineless.
johanlefourbe's rating:

These are the worst movies I have seen which came out in 2013.

15 Good HOME INVASION Flicks you might have missed by zahzah

films based on true story by mojack

Movies I Watched in 2013 by UnjustLucifer

Movies I Watched in 2014 by UnjustLucifer

2013 Movies: Best to Worst by Justinvdk

My All Time Favorite Movies by Arch Vile

Artists that suck because they're overrated or . . by courtesyflush83

The evolution of Chantal Janzen by johanlefourbe

Roger Ebert didn't like all the Classics by johanlefourbe

The evolution of Peter Sarsgaard by johanlefourbe