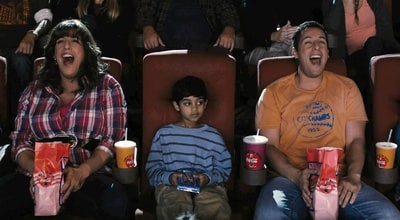 Note : With this movie, it’s official, Adam Sandler has finally hit rock bottom. I mean, most of his movies were rather underwhelming, some of them were pretty bad, but this time, he really nailed it. Indeed, this is a truly awful movie. Dear god, not only the concept was terrible, it wasn’t funny at all and rather pathetic but, the worst of all was that he managed to drag Al Pacino in this nightmare.
johanlefourbe's rating: 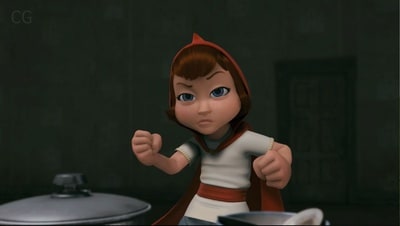 Note : In spite of a decent concept, ‘Hoodwinked!' turned out to be a really underwhelming ‘Shrek’ copycat. Well, surprisingly, 6 years later, they came up with this new instalment which got even less love than its predecessor and went by completely unnoticed. And, indeed, the damned thing was pretty much unwatchable. First of all, even though they made this sequel came out 6 years later, they didn’t improve the animation at all and the whole thing was really seriously ugly. Furthermore, even if the concept originally appealed to me with the first movie, now, it was just getting on my nerves and the fact that the plot was just tedious and moronic didn’t help at all.
johanlefourbe's rating: 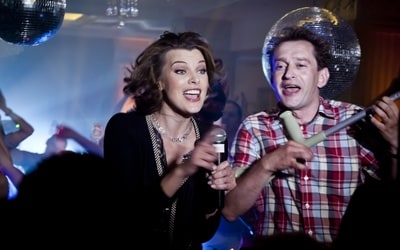 Note : Well, even though it was pretty neat to see Milla Jovovich in a Russian movie for once, the damned thing turned out to be pretty terrible, I'm afraid. Basically, it was some kind of awful mix with some romantic-comedy, some sport elements and a family feature. Concerning the rom-com aspect, it was rather cringe-inducing as Jovovich and the lead actor didn't have some chemistry whatsoever, without mentioning the fact the guy spent the whole duration giving her some big fat lies. But, then, the movie focused mostly on the main character getting involved in some completely convoluted and ludicrous plot around a junior football tournament and then Jovovich was pretty much stuck the whole thing waiting for her fiancee to show up at their wedding. Concerning the rest of the movie, it was never funny or entertaining and it was rather awkward to see this 'trainer' pretty much abusing these kids to make sure that they would loose.
johanlefourbe's rating: 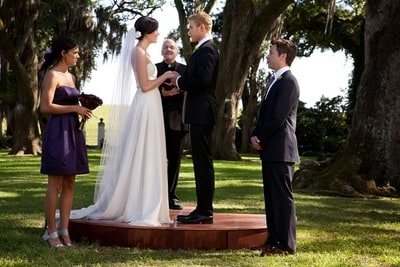 Note : I always had a weak spot for romantic-comedies but this one was so cheesy, it was quite embarrassing to behold. Right from the start, with the ‘Once upon a time…’ text, I knew it would be quite terrible and, indeed, it never got better. Not so long ago, Mandy Moore made another rom-com about marriage called ‘Licence to Wed’ and I thought it was quite terrible but this was even worse, way worse. None of the characters were interesting, the plot was just inane and there was barely any redeeming feature about the whole thing. I have to admit it, the guy from ‘Twilight’, Kellan Lutz, actually tried to portray a nice guy but he was just terribly bland, just like the rest. The story also didn’t make much sense. I mean, at some point, it was pretty obvious that the main character should let it go but, no, instead, she makes her father make a fake suicide attempt and, magically, her parents get back together!
johanlefourbe's rating: 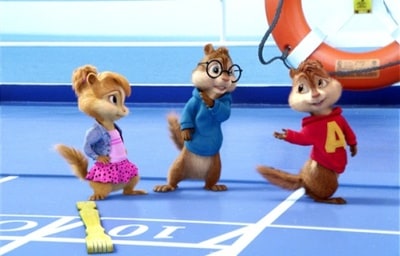 Note : Well, the only thing that this movie proves is that you don’t actually need to make a good movie to have a massive success at the box-office. I mean, I can understand somehow that the first movie was a success but a 2nd sequel?!? Come on, by now, the audience should know better than this. At least, I saw it for free. Honestly, it is rather difficult to find any redeeming features in this piece of garbage.
johanlefourbe's rating: 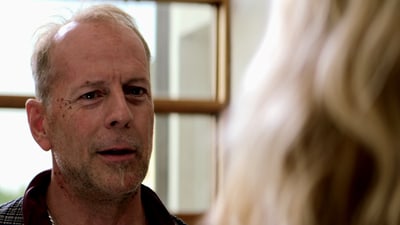 Note : Seriously, the whole thing was just really weak. I mean, it is rather pathetic that, almost 20 years after the release of ‘Pulp Fiction’, we still get such lame copycats. Indeed, for no good reason, the whole thing went back and forth in time and they even gave us a typical Tarantino diner scene with some supposedly clever dialogue but even Tarantino himself has over used this gimmick by now. And then, at last, Bruce Willis finally showed up and the guy gave such a lame performance, it was just rather cringe-inducing to behold. Same thing with Forest Whitaker, he tried to give his character some quirky features but it seriously backfired.
johanlefourbe's rating: 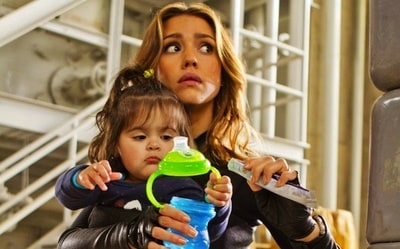 Note : How many jokes about baby poop can you give in one single movie? Maybe even worse were those constant word puns involving time. Concerning Jessica Alba, after all these years, she still looks stunning but no matter how sexy her outfit is, I still have my doubts about her acting skills. It's too bad because this concept always had some potential and the fact that all the installments made some money shows that the audience was interested. However, Rodriguez never managed to properly developed this idea and, with this sequel-reboot, the end-result was rather cringe-inducing
johanlefourbe's rating: 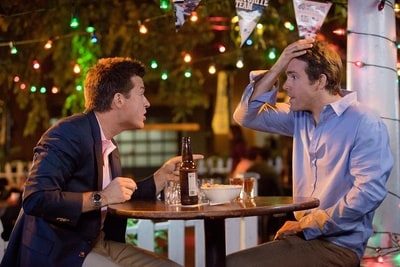 Note : Well, eventually, it turned out to so much worse than I expected. Seriously, pretty much nothing worked with this movie. First of all, I want to point out that the body-swap thing is one of the worst gimmicks out there, it almost never works, and this movie must be the worst I have seen in this genre. I mean, in the very first scene, you get to see a CGI baby ass literally shitting in Jason Bateman’s mouth, so, right from the start, the whole thing seemed pretty much hopeless and it never got better. Indeed, the concept was just really moronic and never really entertaining. Furthermore, even though Ryan Reynolds and Jason Bateman are usually pretty funny, in this movie, neither of them was actually entertaining. To make things worse, I don’t think that either of them played both characters really convincingly.
johanlefourbe's rating: 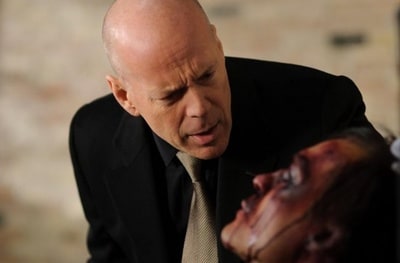 Note : Even though Bruce Willis is shown prominently on all the promotional material, he has actually a rather small part and the lead was played by Curtis '55 Cent' Jackson who seems to be still struggling as an actor. Coming back to Bruce Willis, it is rather odd, with his megastar status, that he pops up more and more often in such underwhelming direct-to-DVD features. Anyway, it was just a very weak action flick which was thankfully really short (not even 80 minutes).
johanlefourbe's rating: 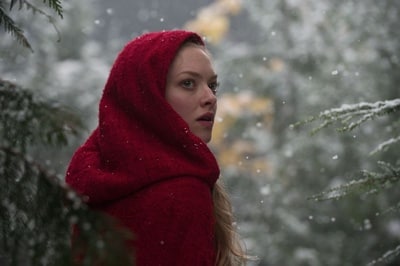 Note : Catherine Hardwicke had been heavily and, in my opinion, unfairly criticised for 'Twilight' when, in fact, it became the highest grossing movie ever directed by a woman (at least, at the time). Well, this follow-up turned out to be so much worse. Seriously, it was supposed to be a really misguided mix of the classic Red Riding Hood with some werewolves and pretty much nothing worked. At least, the lovely Amanda Seyfried was a good choice to play the lead but that would probably be the only positive thing I could think of. I mean, once again, Hardwicke gave us another seriously ugly CGI werewolf and even this village looked terribly fake. Then, as I mentioned before, the whole concept was just misguided and, above all, terribly boring. To make things worse, Hardwicke gave us another terribly tedious love triangle involving 3 teenagers. Basically, it seems that she took the worst elements of 'Twilight' and mashed them up with this classic tale which was barely recognisable.
johanlefourbe's rating:

My favorite Horror movies - 40s by the giraffe

3DO Games - ranked by preference by ape