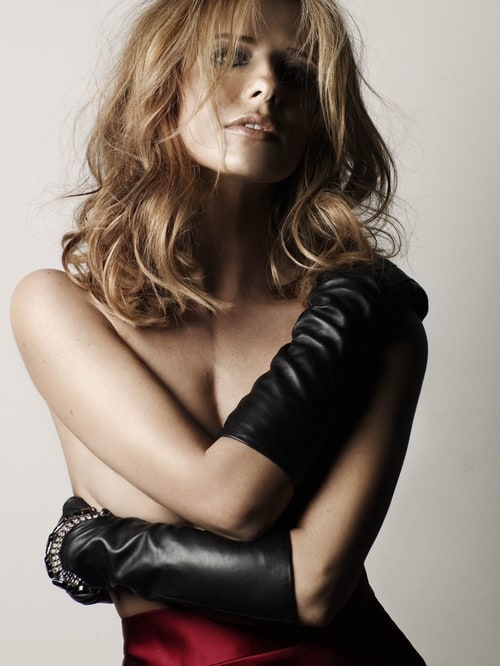 While the official name change doesn't win her any points, there's no denying the power of Buffy. Five years after the series ended and a slew of bad movie selections (turned down a role in STARDUST but took the lead in yet another thriller, POSSESSION) have made a dent in the armour of one of televisions most iconic portrayals, but not enough to knock her down for good (and lose in a best "Sarah" contest). The latest Maxim shoot gives hope for a comeback while proving she's still hot as all hell and her involvement with the film adaptation of American McGee's ALICE sounds nothing short of awesome.
jay-jay's rating: 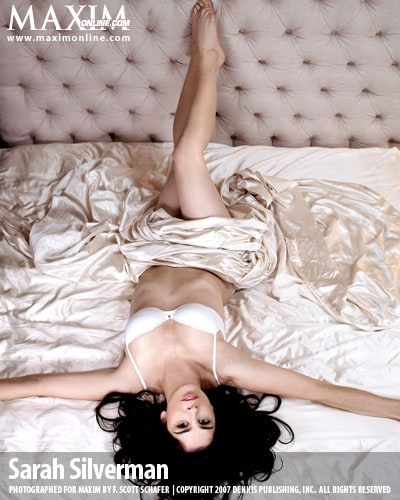 I so wanted to put her at number one. The more I thought about it though, she's nothing more than a stand-up comedienne, great for celebrity roasts and hosting MTV award shows but lacking any real presence on film. Even her television show, while hilarious, feels like a bunch of well edited sketches. That said, this is also one of the best things about her. Uninterested in being anything but funny, she's given me some of my greatest laughs over the past few years. F*cking Matt Damon, trashing Britney Spears' horrible comeback performance ten seconds after it happened, and making Paris Hilton cock sucking jokes right in front of a very uncomfortable Paris Hilton. This chick has bigger balls than I'll ever have. 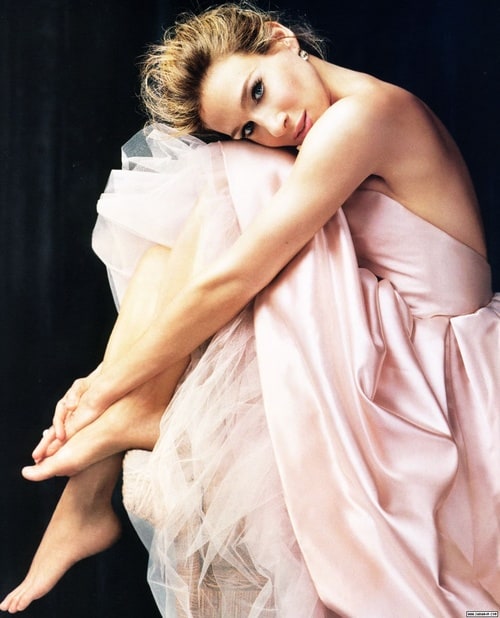 Is she hot or not? I've been asking myself this question for years. I don't hold the grudge against her that most men do for "Sex in the City". I believe any show with great writing, good performances, and frequent nudity deserves my respect. Carrie Bradshaw is an iconic character whether you like it or not and even though I think the movie version is four years too late, I'm pretty sure there's a lot of faithful fans waiting to catch up. 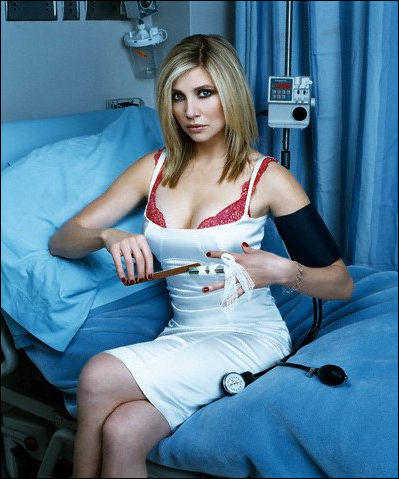 What's with all these awesome Canadian Sarah's? With eight years worth of "Scrubs" fan base secured it finally looks like Sarah is making a move to the big screen. She shows us some naughty parts in CHAOS THEORY and pops up with Jon Heder and Diane Keaton in MAMA'S BOY, although neither have gotten much of a theatrical run. She'll always be "the other Becky" to me though after sliding her way into the role on "Rosanne" and then sliding out. And then sliding back in. 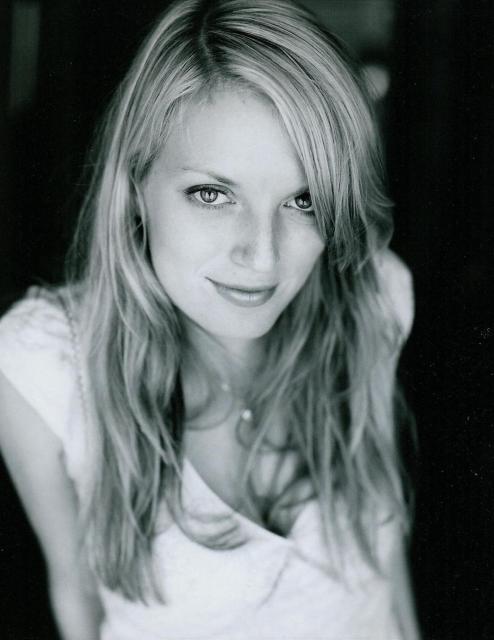 Little Miss Canada has really made a name for herself with the recent Oscar nomination for writing AWAY FROM HER and seems to be getting back into her acting shoes after a year long hiatus. The idiot fanboy in me will always remember her for the DAWN OF THE DEAD remake, and more specifically, how hard she slammed into that bathtub in the opening sequence. 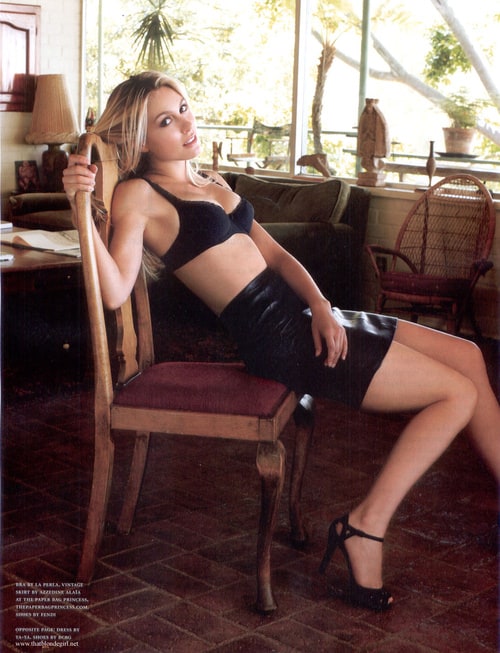 I've been watching this little Canadian ever since her hotter-than-hell turn as Helena in DOA: DEAD OR ALIVE. Her ass in that movie should be given it's own star on the Walk of Fame. Lately she's been killing time on "Shark" and waiting on her first two starring roles to finish post production. Check her out in MISCONCEPTIONS later this year and RED MIST next year. 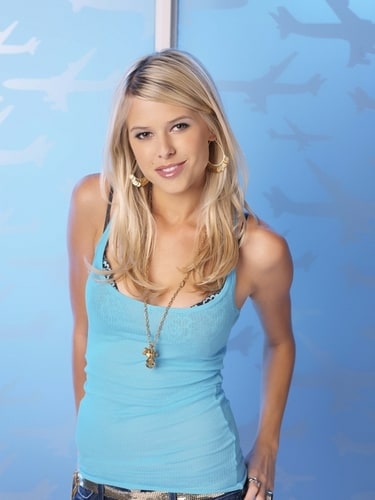 She's made a name for herself by sexing up television in "The Loop" and "7th Heaven" but is now waiting on post production to finish on four new movies due this year. Credited in those movies as Sarah Mason, due to a failed marriage, the highlight should be the one titled WIENERS. UPDATE: WIENERS isn't about what I thought it was about so I change my vote. 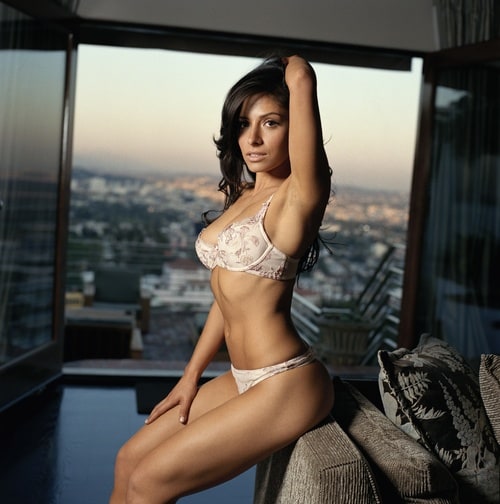 I don't really know how you get Sarah out of that name but that's what she decided on for us North American idiots. Come to think of it, it does just look like a sneeze of some sort. Stints on "The L Word", "Teachers", and "Life" have kept Sarah busy in recent years but watch for more big screen appearances once Hollywood producers see those two pictures above. I heard The Ten Spot is big among production round tables.

Also known as the chick in the bikini that Shia rubs one out to while spying on in DISTURBIA. In one of the funniest message board posts I've ever read at IMDB (for the record, I hate the message board at IMDB) some dude compares her looks to those of Chewbacca. I've been laughing for three days about this and I don't even know what it means. 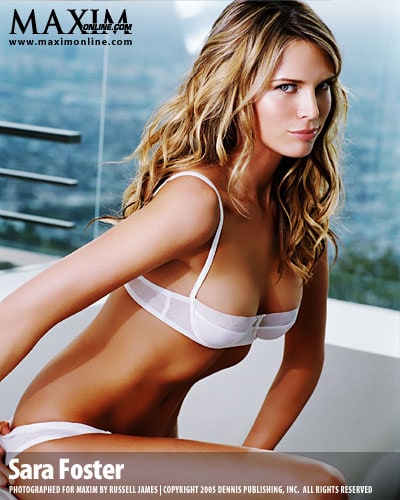 What started as an appearance in a Backstreet Boys video eventually led to some quality hotness in "Entourage", D.E.B.S, THE BIG BOUNCE, and the upcoming BACHELOR PARTY 2: THE LAST TEMPTATION. Wait a minute - there's a BACHELOR PARTY 2? And Sturdy already reviewed it? Where in the hell have I been? Apparently Sara gets the Tawny Kitaen role this time around. Let's hope the psychotic episodes don't follow suit.
Things seemed a lot easier when I did my Top Ten Jennifer's a couple years ago. With only a handful of actresses already in mind this time around I had to go to IMDB to search for enough legitimate Sarah's to round out the list. You ever search for "Sarah" on IMDB? Over 5500 entries later I think I have a pretty cool list but forgive me if your favourite is left off. Come to think of it, I didn't even search "Sara" yet. Whatever, these chicks are hot enough.

My Favorite Ladies of the 90's by djprojexion

she rocks that dress (Teresa Palmer) by heartline

Cute Models by The She Brony

she rocks that dress (Zoe Saldana) by heartline

most beautiful villages in France by vadeboncoeur

Women of GQ by jay-jay

10 Movie Chicks That Would Kick My Ass by jay-jay

Women of Smallville by jay-jay