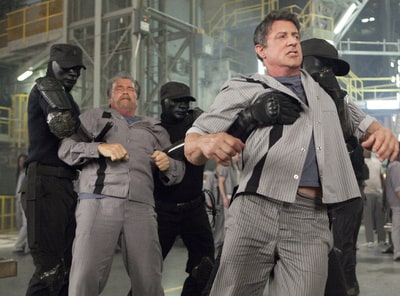 Anybody who respects their mandom needs to check out Escape Plan, and pronto! Sylvester Stallone and Arnold Schwarzenegger are the stars here, and they're a perfectly-matched pair who spout manly dialogue and banter playfully with others. It's also a solid movie with smarts to its narrative, and it climaxes with one of the most memorable set-pieces in recent memory. Gloriously violent, it reminds us that these two action behemoths still have what it takes. Manly to the max! 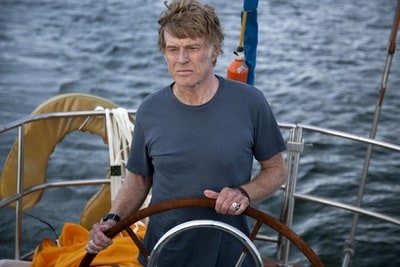 All is Lost is an unexpected manly movie, but it's very manly nevertheless. Not just a special effects showcase, this is a superb man vs. the elements survival thriller concerned with one man's courage and determination in the face of impossible odds. It reinforces that men can be resourceful.

Lone Survivor is extremely manly. It's a harrowing war picture on top of being a riveting action flick, and it's seeped in manly themes relating to grit, determination and brotherhood. The four protagonists at the centre of the movie speak in manly tongue and refuse to give up, continuing to fight despite being shot, bruised, battered, beaten and shaken up. It's this decade's Black Hawk Down. 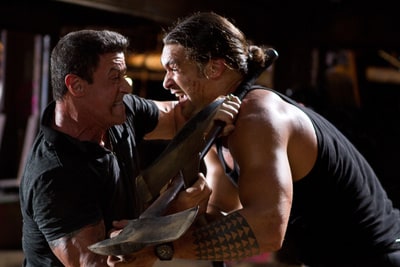 Directed by extreme manly man Walter Hill, Bullet to the Head earns its manly status by being an 80s action movie at its core. At the centre of the action is manly man Sly Stallone, playing a very manly anti-hero in one of the most compelling performances of his career. The action is brutal and bloody, and it's a very satisfying slice of entertainment. Manly. 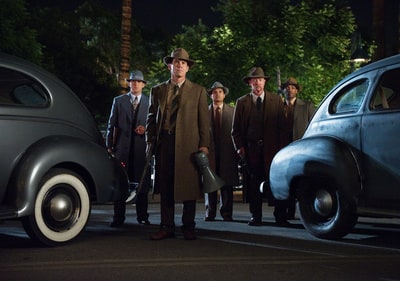 Although savaged by critics, Gangster Squad is a magnificent slice of manly entertainment. It flaunts a brilliant cast, with the likes of Josh Brolin, Sean Penn, former T-1000 Robert Patrick, and a few other actors. It's a straightahead action extravaganza, and while there's not much depth at play here, it's hard to care. It's a big, violent cartoon, and I had a lot of fun with it.

Arnie is back! He signalled his big-screen return early in 2013 with The Last Stand, a sensationally badass action fiesta that's vehemently R-rated. At the helm was manly Korean Ji-woon Kim, also responsible for other viciously violent movies, and his handling of the action scenes is marvellous. Add to this some salty language and a few manly supporting characters, and this movie is a blast.

Like All is Lost, The World's End makes this list not due to being violent, but because it's full of very manly values. The heart of the film is a treatise on friendship that's hugely touching, and the main characters are relatable lads who enjoy a pint of beer and a shag. It's very funny, too. 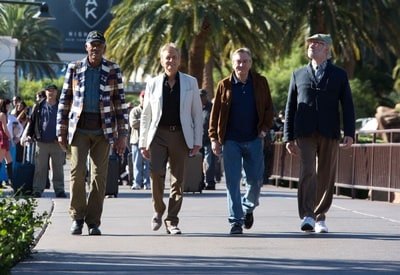 The only PG-13 movie on the list! An R-rated treatment of the same material would be too crass; the movie works so well for what it is. Last Vegas is a story about friendship, and it has some genuinely touching things to say. The boys here are all quite manly, as they love their women, respect their women, and know how to fucking drink! 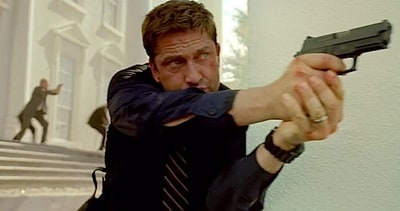 Olympus Has Fallen is fun. Very fun. And with an R-rating in place, it's badass as well, with blood-filled action scenes and salty language. It doesn't reinvent the wheel of mandom, but it caters to its target demographic very well indeed. 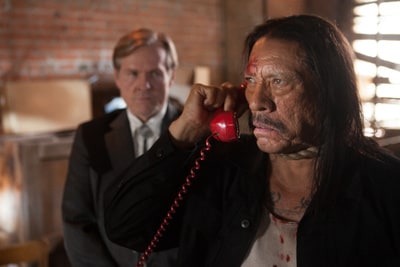 Like its predecessor, this is a movie made by men for men. It's a completely slapdash movie, but it delivers its manly elements thick and fast, with gory kills, hot women and tits. Oh, and did I mention that Lord Mel Gibson is here having the time of his life?

All men who respect their mandom should be checking out these flicks -- pronto!

Movies watched in 2015 by ladyxcid

13 is an Unlucky Number by Stehako

Gaming Traits That Need To Die by PvtCaboose91

Proof That 3D Has Legs by PvtCaboose91

Movies That Were Hilariously Sure Of A Sequel... by PvtCaboose91