Saint Andrew was an advisor, preacher, and teacher of the Jesuits. He was well respected, loved, and died at age 65 in the year 1657. This was not a great period in which to be a Christian as they were tortured and martyred for their belief in Jesus and their refusal to deny Him. His death was neither quick nor peaceful. The terrible torture that Saint Andrew endured inspired many people as to his faith in the Lord and his willingness to give his life to prove his faith. During his torture, he prayed continuously for his tormentors as they tore off his Holy Habit, tied him to a tree, and scourged him. To "scourge" is to whip with a lash or cat o' nine tails with pieces of bone or metal tied to the end allowing it to rip the flesh from the bone. They forced a crown of thorns on his head, ripped out one of his eyes, and burned his flesh repeatedly by jabbing him with torches. Terribly, they were just getting warmed up. One of his captors used his dagger to trace a chasuble, a type of vest worn by priests of the time, into his bare back and then peeled the skin out of the trace. They also tore the skin from his fingers where he had been given the unction or, blessed with drops of oil. Then they drove needles under his fingernails. Finally tiring of his constant prayers for them as they tortured him, they tore out his tongue and crushed his skull.

The most amazing part of this is that two hundred years later, when the body was exhumed (part of the canonization process) from the crypt for identification; it had not decayed at all. His corpse was in nearly perfect condition. 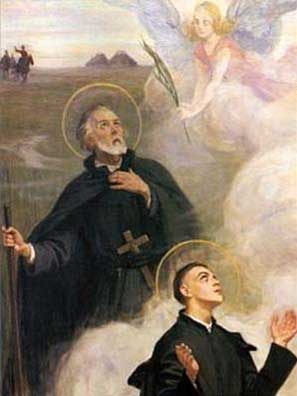 Many religious historians believe that Isaiah was executed by sawing, a type of capital punishment used in that period. It is one of the most brutal and painful ways in which a man can die. A favorite execution method of the Roman Emperor Caligula, it involved sawing a man in half, lengthwise. The person being executed is hung upside down with each leg tied to a pole so that the legs are spread. The executioner then saws him in half with a huge saw, starting at the groin. The person, screaming in agony, lives much longer then they would like to as the brain is being supplied with blood continuously via gravity and no major arteries are severed until the saw reaches the mid-abdomen. It will also give you a splitting headache. (Sorry, I just could not resist.) 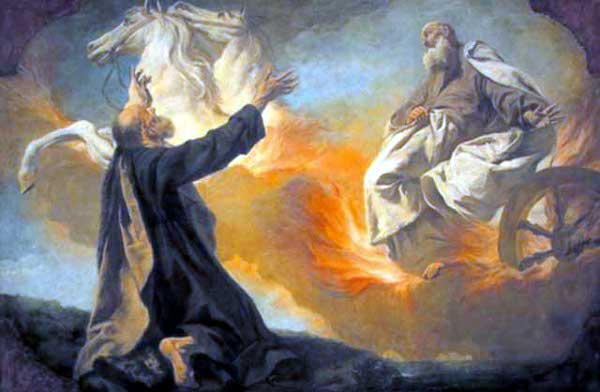 Scaphism is a form of extended or drawn out death that is so insidious I am ashamed to be a part of a species that would invent it. Mithridates, pronounced Myth ri date eez, was just a poor slob in the wrong place at the wrong time. During a battle, Mithridates stuck a dart in the temple of Cyrus the Younger, accidentally mistaking him for the enemy. His punishment was death by bug. Scaphism is the taking of two small boats or hollowed out trunks and the accused lays down in one while the other is placed over him. The only thing sticking out of this little prison is his head, hands, and feet. They force him to drink a huge, bloating amount of honey and milk, causing severe diarrhea. They rub even more honey all over the body of the poor, confused, dead man walking. (or in this case, dead man crapping) Once Mithridates was locked in, they set him in the water and anchored him so that his face was in constant sunshine, possibly on a scum filled, stagnant pond. From this point forward, nature takes over. Covered in feces and his own excrement, bugs are soon swarming him. From the flies, maggots, and beetles that eat decaying flesh to wasps and hornets attracted by the sweet nectar, his body is stung and eaten away. He was given no food or water but the force-feeding most likely continued to occur daily to ensure fresh feces for the hungry insects. He became a floating buffet. Hungry, dehydrated, and delirious, poor Mithridates lasted an astonishing 17 days and he suffered miserably every minute of it. 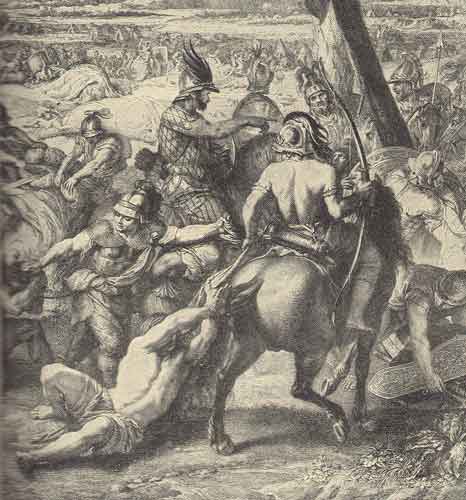 Saint Catherine was a martyr and a noted scholar. She converted from pagan to Christianity in her teens and was a powerful speaker and converter of souls. She took it upon herself to visit one of the worst persecutors of Christians, the Roman Emperor Maximinus, to convince him to stop. While Maximinus resisted her, she did succeed in converting his wife and many of his advisors. The emperor sent several of his pagan philosophers to convert her but they returned to Rome as Christians. He was compelled to imprison her only to have all that visited her leave converted so he sentenced her to death on the breaking wheel. The wheel, according to legend, broke at her slightest touch so he had her beheaded. Legend has it that angels came and flew her body away. 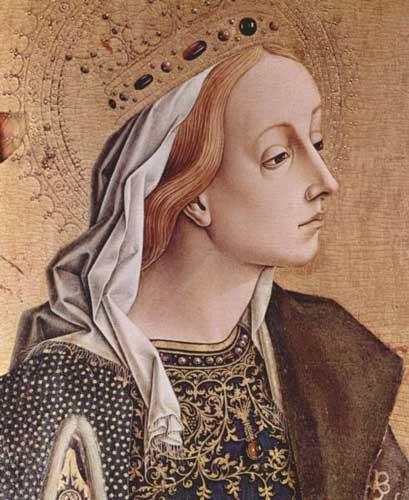 Saint Eustace, the famous saint and former General Placidus in the Roman Army, was converted to Christianity after seeing the image of Christ between the antlers of a Stag deer he was hunting. Upon conversion, he moved his family to protect them but fell upon a series of unlucky events. During a sea voyage, his wife was kidnapped by the captain of the ship. Later, while crossing a river, his son's were taken by a lion and a wolf. However, he demonstrated a faith as strong as Job and persevered, always praising God. Miraculously, he was reunited with his wife and children and his wealth was restored. Sadly, he refused to make a sacrifice to one of Rome's pagan gods, the emperor had him, and his family put to death. They forced them into a huge bronze statue of one of the pagan gods, most likely an ox or a bull and they were roasted alive. If you can imagine being put in a pot and set over a fire, you have a better imagination than I do. What a terrifying way to die with your wife and children burning to death beside you. However, if his faith was so strong as to praise God during the other hardships in his life, I want to believe that he did not suffer and that his faith kept him, and his beloved family, strong enough to face this horrible death with courage and honor. 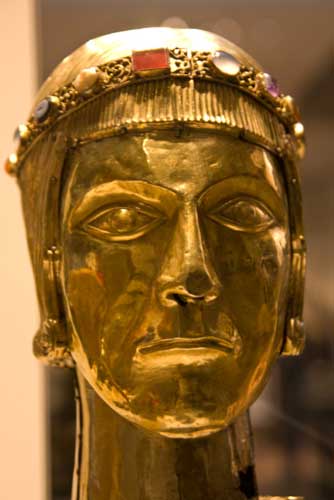 Not to be confused with another Tupac who endured a tragic and painful death, Jose Gabriel Condorcanqui, as he was named upon birth, was executed May 18, 1781. Tupac led the uprising of the Spanish against Peru in 1780. (Do not mistake him for another famous Tupac who lead yet another uprising in Bolivia) Tupac was one tough dude who had a knack of getting under his enemy's skin. He was a big, strong man who was hard to kill, a fact proven by the failed attempt to have him drawn and quartered. The execution of the event succeeded but Tupac refused to die, regardless of having no limbs. First, they forced him to witness the murder of his wife, his eldest son, his uncle, his brother in law, and the captains of his army. Then they ripped out his tongue and had him drawn and quartered. This means that they tied each of his limbs to four of the biggest and strongest horses they could find and ripped his arms and legs from his torso. Tupac was one tough son of a bitch and refused to die. Which must have really pissed off his captors, the Spaniards, because they then beheaded him, killed the rest of his family, and burned all their houses, properties, and belongings. Finally, they sent parts of his body to the towns that were loyal to him and then outlawed all Inca customs and traditions in an attempt to wipe them out of the history books. Yeah, I think it is a safe bet to say that he got under somebody's skin all right.

This American soldier worked for George Washington as a western land surveyor. While Crawford had a controversial military career, he retired with the rank of Major. He was convinced to come out of retirement by a friend in need of a fierce leader and warrior. (The Sandusky River Campaign) Even though William Crawford was both of these, on the night before his final battle, he must have known or at least suspected his fate because he made out his last will and testament. He was captured by the Indians the next day and tortured to death. The Indians tied him with grape vines to a tree in such a fashion as he could walk completely around it with his constraints, which were also tied around his throat, traveling around with him. Then they set a controlled fire underneath him all around the tree. Imagine how shocked the Indians were when, rather than screaming, panicking and running around the tree, as they were used to captives doing, he calmly walked around on the fire and burning coals with his bare feet. Annoyed and confused, one of the Indians jumped onto him and scalped him alive. Burned, lacerated, and scalped, he rose to his charred feet and continued to walk unsteadily around the tree. Unstable, proud, and giving the Indians no satisfaction, he refused to panic. Finally, unwilling to bear any more of the brave Major's defiance, the chief held a burning branch to the top of his head until he finally succumbed to his torture and died. Damn--that dude was tough. 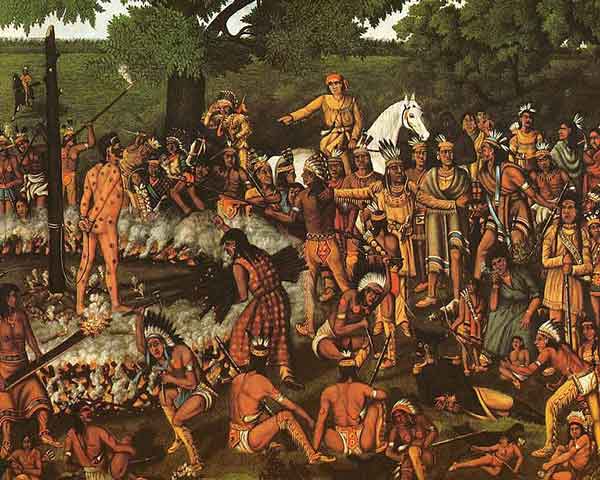 5 votes
Oh (9 lists)
list by creature of the wind
Published 7 years, 11 months ago

17 votes
Lists not to look at just before bed (14 lists)
list by Jane-ArtLover
Published 9 years, 1 month ago

Ford Mustang In Movies by maddiee

Quotes I Dig. by Aaron M.

10 Celebrities with Hidden Talents by nehocb

Owls in art by Katherine Fall

10 Interesting Myths and Legends About The Moon by Katherine Fall