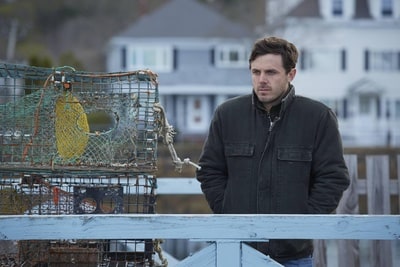 Notes: Well, even though it was maybe not completely flawless, it wasn't far from it and I can't remember the last time I saw a movie combining so perfectly drama and comedy. Seriously, this movie was so funny, it was very often much more hilarious than most of your average comedy. And yet, it was dealing with a really tragic story but, somehow, this mix worked miraculously well. I think that, even though the acting was quite impressive, I enjoyed most of all the writing. Indeed, the two main characters (an uncle and his nephew) were just so fascinating, with so many layers, and their dialogues were just pure gold. The ending was also very effective without forcing these characters into a more traditional happy-ending. More than 15 years ago, I was lucky enough to see 'You Can Count on Me' when it was released, it was just great to see Kenneth Lonergan making such an impressive come-back and the guy displayed once again that he has a gift to show the complex relationships within a family.
johanlefourbe's rating: 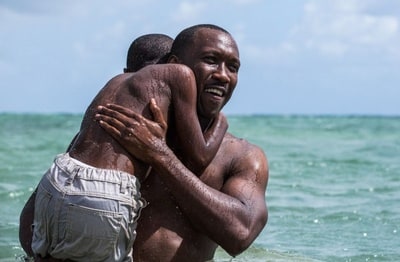 Notes: Since I kept hearing some really good things about this movie, I was really eager to check it out. Well, eventually, I wasn't disappointed, that's for sure. Basically, it was pretty much a flawless drama that worked on all levels. Indeed, I was at first quite impressed by its visual style which was sober but also so effective and, yet, they managed to make some rather simple scenes like a character smoking beautiful to look at. Then, you had the score which was a perfect mix between classic and modern. So, the directing was really strong but the performances were just really fine as well from all the actors involved. Another thing I really appreciated in this movie was how deep and complex all the characters were displayed. Eventually, there was something really hearbreaking about this tale and it displayed how merciless such environment can be, especially if you show any kind of weakness. It raises such questions like should we always be true to ourself even it will probably result in our own destruction or should we adapt in order to survive?
johanlefourbe's rating: 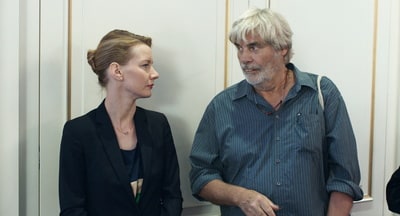 Notes: First of all, even though I did laugh a few times, it was definitely not a comedy but it was neither really a drama. Eventually, it was something really different and quite spellbinding to behold. Another thing I loved about this movie is that it didn’t provide some supposedly profound life lessons which was just so refreshing. Indeed, even if Winfried was obviously trying to get closer to his daughter, his method was actually rather toxic and you might wonder if what he did actually change anything after all. And, yet, I was still admiring this man who was at least trying to do something, even if it was something seriously weird. I have to admit that I also liked how they displayed that someone making a lot of money with a supposedly high-social status might still have a rather lame job. Eventually, Winfried probably did his best to raise his daughter, he managed to give her a high education resulting in a successful career and, yet, they have become seriously estranged in this process and it was so recognizable and rather heartbreaking.
johanlefourbe's rating: 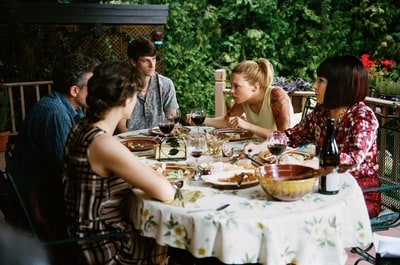 Notes: Well, this movie really did hit me like a truck. Indeed, my own life was just so similar to what was going on with the main character, it was just uncanny. Basically, more than 12 years ago, I left France to go living in the Netherlands where my father was born and raised and I usually go only once a year back to France to see my parent, my brother and my sister so I pretty much knew what the guy was going through. Indeed, from the moment Louis gets inside, all hell breaks loose, you understand right away why the guy decided to take off without looking back and this situation was just so damned recognizable. I can understand that many viewers would find these characters borderline unwatchable, especially Antoine played by Vincent Cassel at the top of his game but, in my opinion, it was one of the best depictions of a dysfunctional familly I have ever seen.
johanlefourbe's rating: 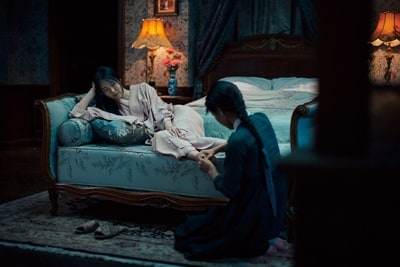 Notes: Eventually, I was really impressed by the damned thing. First of all, it looked really gorgeous and, in this area, it is probably the best movie that Chan-wook Park has delivered so far. On the other hand, I have to admit that I didn’t know anything about the plot when I started to watch the damned thing and, to be honest, I did struggle at the beginning to completely follow what the hell was going on and who was who. However, eventually, it turned out to be such a multi-layered fascinating tale. Indeed, for starters, this tale was told from 2 different points of view resulting in a strong thriller with no less than 3 different cons. But they didn’t stop here as they managed to mix it with a strong love story. Seriously, it was quite fascinatng to see these 2 women trying to con each other but eventually falling in love. On top of that, there were some really neat erotic scenes.
johanlefourbe's rating: 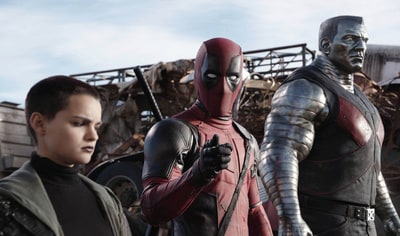 Notes: In this age, when we are getting closer and closer towards a major super-hero overdose, this movie was actually what this genre needed. Indeed, basically the makers rejected both the dark and gloominess delivered by DC and the brainless popcorn entertainment produced by Marvel and they went for something really different delivering one of the most messed-up and entertaining super-hero features out there. Sure, there was indeed an origin story, also a rather generic romance and even some pretty badass action scenes, but, at the end of the day, they hardly cared for the plot, neither was I, and instead, they focused on the hilarious jokes and oneliners delivered by the Merc with a Mouth which was a great move.
johanlefourbe's rating: 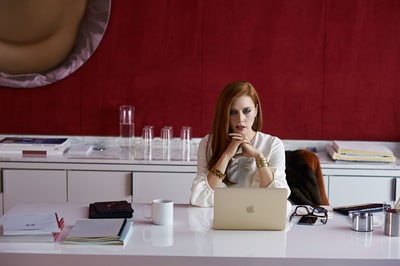 Notes: Since I really loved 'A Single Man', I was really glad that Tom Ford was finally coming up with a follow-up after 8 long years and I was really eager to check the damned thing. Well, I wasn't disappointed, that's for sure. I think the thing I enjoyed the most about this movie was how completely different it was from its predecessor. I mean, both films were visually really neat but that was pretty much the only thing they had in common. The next thing I really enjoyed was the way he managed to perfectly mix the different time lines and storylines. Indeed, it is something really tricky to do, in fact, it can be a useless and annoying gimmick but it worked here so well and I'm pretty sure that these different tales wouldn't have worked so much if they would have been told separately.
johanlefourbe's rating: 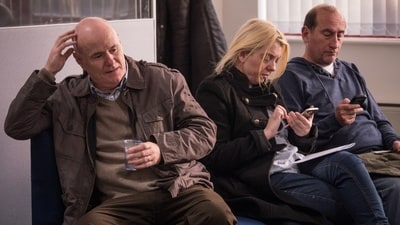 Notes: Well, I have been faithfully following Ken Loach for more than 20 years and, to be honest, I has been a while that the guy delivered something so impressive. Indeed, Loach managed to deliver one of his best movies which was rather unexpected as many including myself thought that his best movies were already behind him. Anyway, once again, he gave us another socially relevant and really powerful tale and, in this case, it was even more heartbreaking as it all felt terribly familiar. Indeed, my wife has been terribly ill for already 8 years and, even though we live in the Netherlands and not UK, she had to face the same fight with the bureaucracy to have her invalid status acknowledged and approved. This battle lasted at least 4 years and what's so outrageous is that such organisations should be meant to help people but, in fact, there are in place to make sure the government's budget doesn't get red. As a result, you have some seriously sick people who spend hours, days, months dealing with this matter which eventually turns into a huge battle when they should be in fact focusing on their recovery. Well, in this movie, Ken Loach completely captured this social nightmare, the realism was just uncanny and it is not hard to believe that some women would choose to get into prostitution as ruthless gangsters and pimps might seem to be eventually more helpful than the so-called social welfare system.
johanlefourbe's rating: 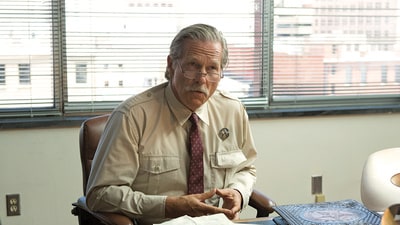 Notes: Well, I always had a weak spot for the heist genre but the most common mistake they make in these movies is that the actually heists are very often just way too convoluted and, as a result, it is rather difficult to take them seriously. Fortunately, it wasn't the case here as everything made sense and seemed doable which made the whole thing so much more interesting to watch. Of course, it wasn't only about showing a realistic heist, it was also about showing some interesting characters and also their environment. Indeed, the makers delivered a bleak and fascinating view of West Texas showing how life has been hard on the folks down there and, eventually, the bad guys didn't seem to be the bank robbers but the banks pushing some average people to take such drastic measures.
johanlefourbe's rating: 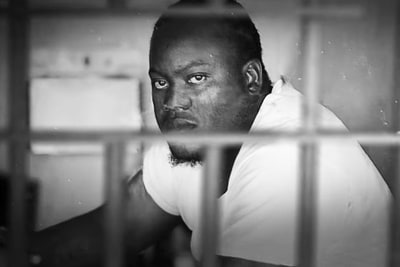 Notes: Of course, I knew already a lot of what they told but they went so much in depth in the subject and they chose some really interesting, well-spoken and knowledgeable speakers. It was really interesting that the problematic came all the way back from the end of the slavery but I was mostly shocked by the privatisation of the prison sector in the USA. I already saw something similar in ‘Sicko’, another very strong documentary delivered by Michael Moore, in which they displayed the damage done by the privatisation of the health sector. As a result, you get to see that there is so many money involved in the process, it can never be good that someone would open a prison and take care of prisoners in order to make some profit. Anyway, it was a really strong documentary.
johanlefourbe's rating:

My 2016 Albums Rank by Villiana

Favorite Villains by The Return Of Orlok