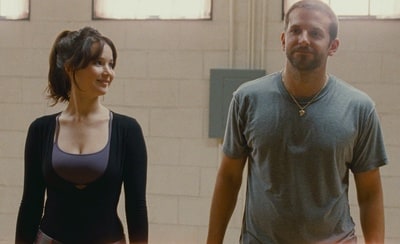 Notes: I know, many of you will probably be surprised that this movie gets my top spot but this movie hit me so bad, I was a wreck at the end and I even shed a few tears. First of all, it reminded me about how I met my wife and why we ended up together in the first place. Secondly, after 20 years of mindless garbage, the great Robert De Niro was finally showing up in a good movie giving a great performance like in the good old days. Finally, it was a terrific movie with some real characters, with some real issues dealing with their emotions and making me laugh and cry. I just loved this flick, enough said.
johanlefourbe's rating: 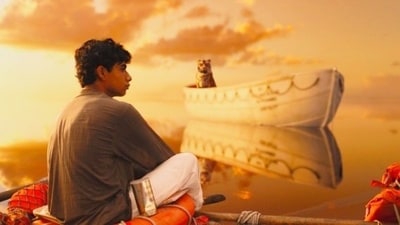 Notes: I wasn't sure about this flick but after hearing so many good things, I seriously wanted to check it out. And I wasn't disappointed. It was a really fascinating story, a gorgeous movie to look at and I'm really glad I'm managed to watch it in the theater and in 3D. Pretty much like the late Roger Ebert, I really dread this new 3D hype but Ang Lee used it very well and it definitely enhanced the whole experience. Once again, a movie rather low in my priorities turned out to be one of the best I have seen so far.
johanlefourbe's rating: 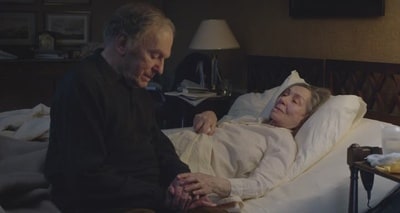 Notes: It definitely deserved all the praises it has received and, personally, I enjoyed it more than ‘The White Ribbon’ which was pretty good but didn’t really blow me away. Anyway, it is pretty amazing to see the evolution of Haneke through his movies. Here, he finally gives us the opportunity to dive in his vision of our world but, for once, he allowed us also to invest ourselves in the characters and the end-result was quite amazing. Furthermore, I always find it disappointing that so few movies are made about elderly people (even though the older population is ever growing) and there is always this disappointing focus and obsession on youth. Well, here you get a realistic and spellbinding portrait of two old people who are facing the end of their journey together and the subject has never been handled so brilliantly before.
johanlefourbe's rating: 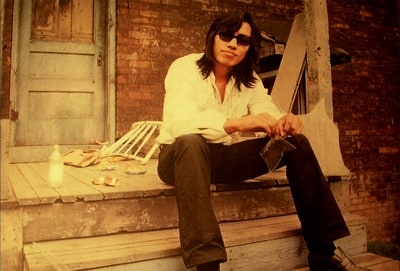 Notes: I was really eager to check it out and, boy, I wasn’t disappointed. First of all, contrary to some other similar documentaries dealing with some lost music artists like ‘Anvil: The Story of Anvil’ or ‘The Devil and Daniel Johnston’, Rodriguez’ music was actually pretty good and some of his songs have some quite mesmerizing quality ('Crucify your mind' totally gave me the goosebumps). So, that was a already good start but the best part was this incredible tale about this artist who never had any mainstream success at all anywhere in the world but, somehow, became a huge icon in South African as big as Elvis Presley or the Beatles.
johanlefourbe's rating: 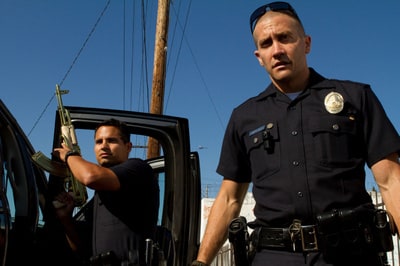 Notes: The first thing I enjoyed in this flick was that, for once, it wasn't dealing with some dirty cops or some wild cowboys but with some decent police officers who are really dedicated to their work which was quite refreshing. Concerning the documentary-style directing, obviously, it wasn't really original but it was efficient enough and it definitely gave the whole thing a really realistic look. Finally, in my opinion, the biggest asset was the great chemistry between Jake Gyllenhaal and Michael Peña. Indeed, this movie was not just about the shootings and chases, it was also about those two men who spent most of their time in their car and how they deal with that. They both gave some really strong performances and while we have been used to greatness with Gyllenhaal (probably one of the best actors of his generation), it was really neat to see Michael Peña shining in a such a star-making performance.
johanlefourbe's rating: 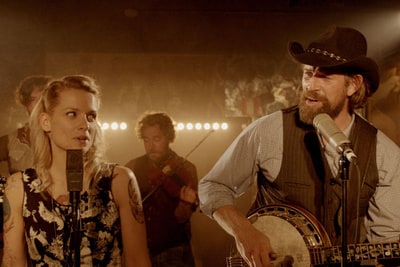 Notes: To be honest, the story itself was actually rather generic. Basically, they gave us a nice couple who falls in love and when everything seems to be perfect for them, they are faced with a massive tragedy which was obviously nothing new. However, the big difference with this movie is that this couple was just fascinating to follow. Indeed, even though they were immensely charismatic, they didn't feel like the usual super-stars you get in your typical Hollywood production, they felt like some genuinely regular people which made them much more mesmerizing to follow. It did help that the music they played was just amazing and, of course, Van Groeningen should get some credit as well as the directing was really strong here. Hell, even this usually terribly useless and annoying gimmick of going back and forth in time worked very well thanks to him.
johanlefourbe's rating: 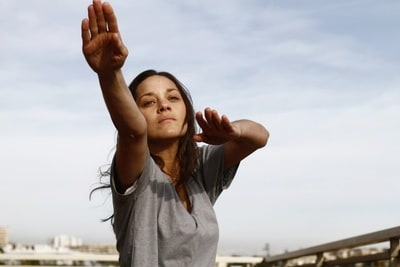 Notes: What a great movie. I really wonder how they came up with such a messed up but also intriguing story. At the center, you have two of the most spellbinding characters I have ever seen thanks to some flawless performances by Marion Cotillard and Matthias Schoenaerts. Concerning the directing, Jacques Audiard once again pretty much blew me away and the guy is pretty much the best French director at work nowadays. Indeed, he manages to shot beautiful scenes without making them too much artsy and he gives enough room to develop some amazingly deep characters who were completely 3 dimensional.
johanlefourbe's rating: 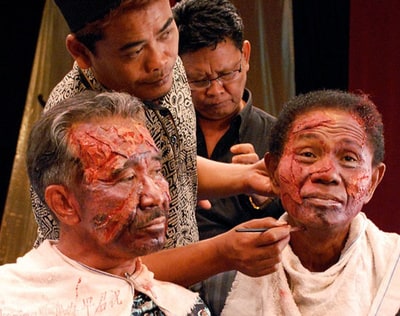 Notes: Well, it turned out to be a really weird and messed up documentary, that’s for sure. First of all, I have to confess, I wasn’t really aware of all the horrors that happened in Indonesia about 50 years ago and only therefore it was already a really valuable feature. Anyway, not only this movie deals with a massively traumatic experience but it deals with it in such a unique way, as a result, the whole thing was just as much fascinating as it was horrifying. Indeed, even though you might expect these executioners to regret their actions, most of them didn’t feel much guilt, in the contrary, they were actually proud of what they did and, as a result, this movie was more about the psychological impact then putting actual blame on people. I mean, if you see ‘Shoa’, everyone, even the former SS, agree that what happened in WWII was horrible but, then, Germany lost the war. In Indonesia, the same people who ordered the purge still have the power and, therefore, after so many decades, those ‘winners’ have been telling anyone that what they happened was actually justified creating this weird acceptation of a major human tragedy. And yet, when you get to see Anwar Congo, right from the beginning, you wonder if he really believes everything he says and, indeed, slowly, after reproducing these terribly deeds, his attitude changes and, towards the end, he seems to be finally devastated by what he has done.
johanlefourbe's rating: 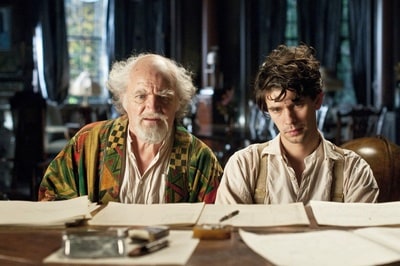 Notes: Even though it wasn't completely flawless, it was definitely the most intriguing movie I have seen this year. During the first hour, I was reminded of David Lynch by the whole randomness it produced. But then, slowly but surely, it started to make sense and, at the end, I was really overwhelmed. I must admit, it is definitely an acquired taste but I really enjoyed it and a rewatch might even improve my rating.
johanlefourbe's rating: 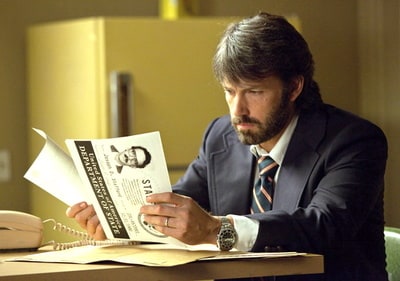 Notes: To my surprise, I really loved it. I mean, I was expecting something good but not something so entertaining and quite flawless. Indeed, it was historically fascinating, it was a thrilling thriller and there were even some hilarious bits. I mean, I did like 'Gone Baby Gone' and 'The Town' but I never thought that either one were really that amazing. However, this flick is a total different kind of ball game. It is slick, smart, emotional and, sometimes, just plain fun.
johanlefourbe's rating: 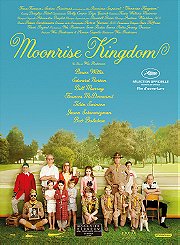 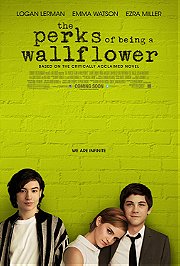 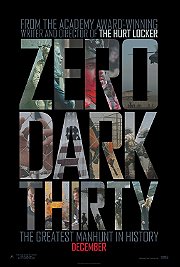 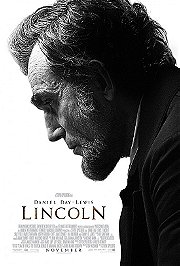 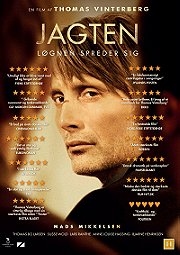 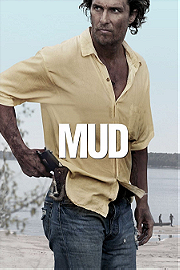 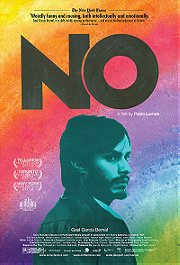 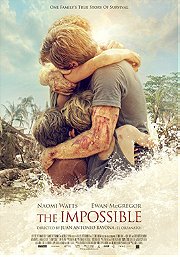 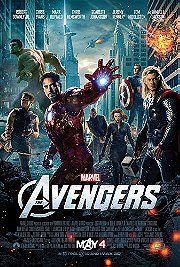 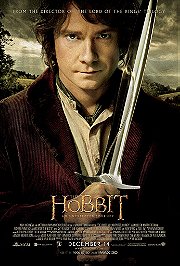 Wat gaan we in de bioscoop zien? (movies to watch) by Nick

shows I've watched in their entirety by JaimeLeah

IMDB Top 10 best movies of the 40’s by johanlefourbe

IMDB Top 10 best movies of the 30’s by johanlefourbe