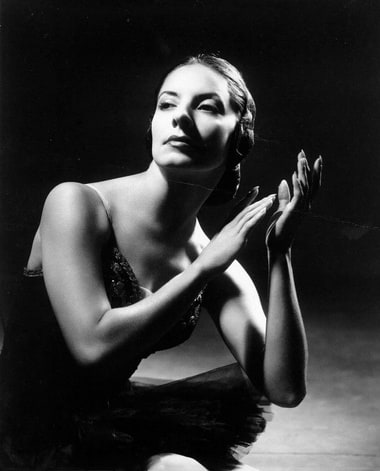 Alicia Alonso was born in Havana, Cuba, in 1920. She studied in Havana, then in New York with Vilzak and at the School of American Ballet, and later with Volkova in London. She joined the American Ballet Theatre in 1940 and danced with them until 1960. She was an intensely dramatic dancer as well as a pure technician. With Youskevithc she formed a great partnership.

She founded Ballet Alicia Alonso in Cuba in 1950. It changed it's name to National Ballet of Cuba in 1960. She was the director and prima ballerina, and they toured widely in the USSR, China and Europe. 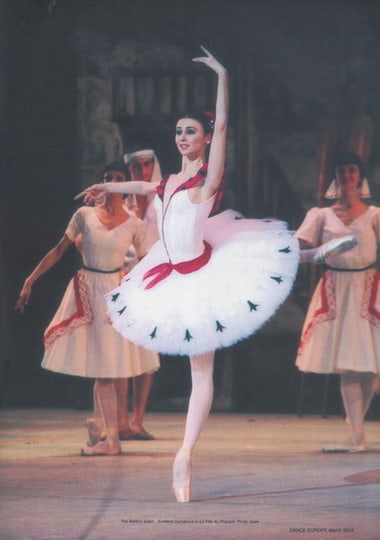 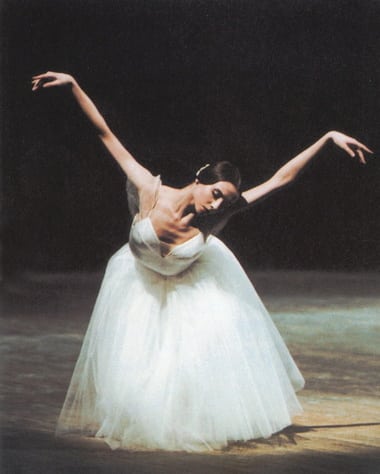 Svetlana Zakharova was born in Louzk (Ukraine), in 1979. She studied at Kiev Ballet School (ballet-teacher Valeria Sulegina), and since 1995 - at Vaganova Ballet Academy (class of Prof. Elena Evteyeva). Joined the Mariinsky Theatre in 1996. Promoted to Principal in 1997. She transferred to the Bolshoi Theatre in the summer 2003. 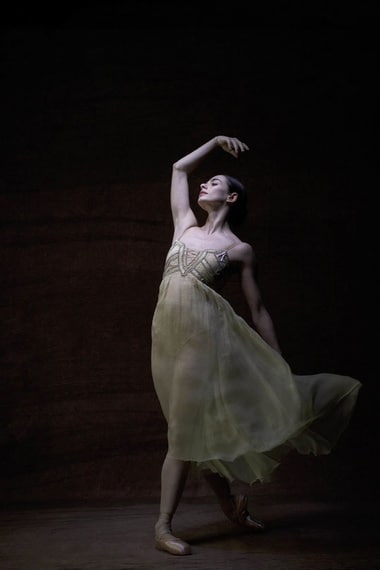 Alessandra Ferri -1963.
She won one of the three Prix de Lausanne for 1980, which enabled her to continue her studies at the Royal Ballet School on scholarship before joining The Royal Ballet later that year.

Her Royal Ballet repertory includes Napoli divertissements, Illuminations, Return to the Strange Land, The Sleeping Beauty, Afternoon of a Faun, The Two Pigeons, Swan Lake, Mayerling, the title role in Manon and Juliet in Romeo and Juliet, as well as roles in Voluntaries, Konservatoriet, Cinderella, La Bayadčre and Les Biches.

She was cast in the dancing role of Anna in Kenneth MacMillan's Seven Deadly Sins for Granada Television, danced Odette in Franco Zeffirelli's Swan Lake in Milan and the title role in Roland Petit's Carmen with the London Festival Ballet (now the English National Ballet). 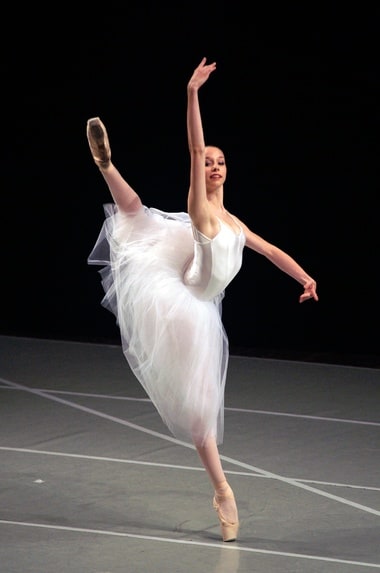 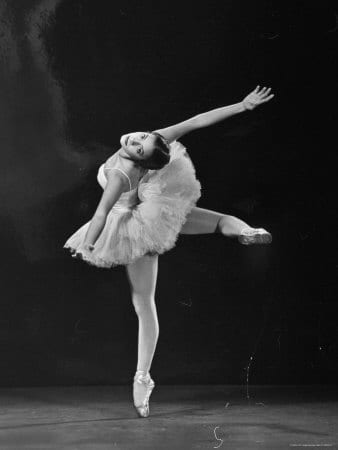 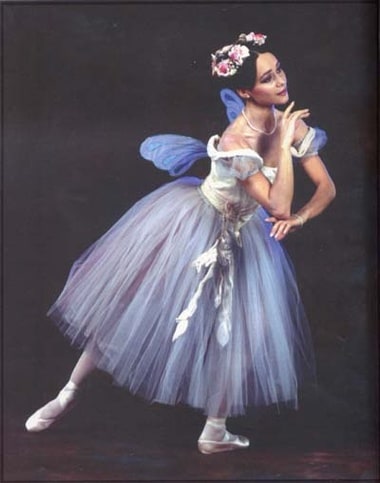 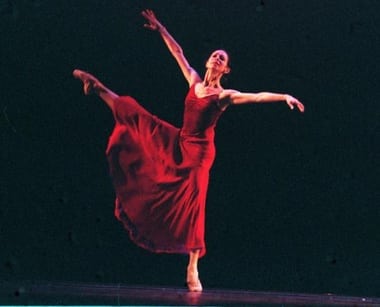 Eva Evdokimova was born in Geneva, Switzerland, in 1948. Her father is Bulgarian and her mother American. She is a US citizen, but she spent most of her childhood and youth in Germany and England. She studied first in Munich and then from 1959 with the Royal Ballet School in London. In 1966 she joined the Royal Danish Ballet. She danced three years in the corps there before joining the Berlin Ballet as a soloist in 1969. After many big successes she was given the title prima ballerina in 1973. She was also a permanent guest artist with the London Festival Ballet. She guest danced all over the world and was a frequent partner of Rudolf Nureyev. She later worked as ballet mistress with the Boston Ballet. Eva Evdokimova died on April 3, 2009. 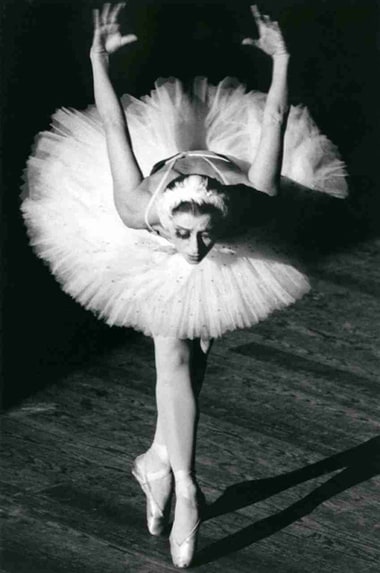 Maya Plisetskaya was born in Moscow in 1925. She studied at the Bolshoi Theatre Ballet School. Became a principal dancer with the Bolshoi Ballet as soon as she joined it in 1943 and prima ballerina in 1962. After being excluded for political reasons many years from tours to the West, she was finally in 1959 allowed to join the American tour with the Bolshoi. She had great success in America. Since then she danced widely outside Russia and was guest artist at the Paris Opéra Ballet in 1961 and 1964. She is Prima Ballerina Assoluta. 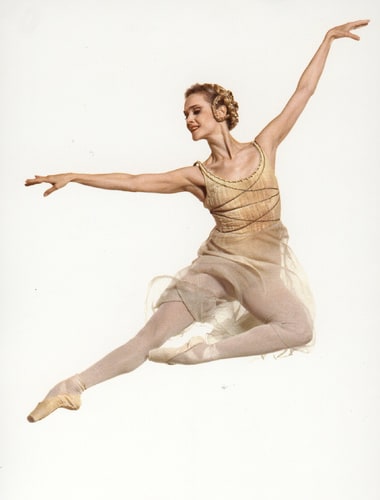 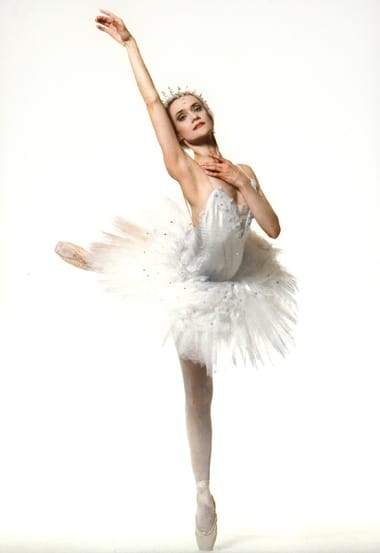 Anneli Alhanko was born in 1954. She studied with the Swedish Opera Ballet School from 1963 to 1971. Coached by Margaretha von Bahr. She was the first Swedish dancer to participate at the Varna competition in 1971. Joined the Royal Swedish Ballet in 1971. Her first big role was Paquita in first year with RSB. Appointed soloist in 1973 (and in 1990 the first to be given the title Court Dancer by the Swedish king). Danced Giselle as guest with the Kirov Ballet in 1975. In the 80's she did several tours to Leningrad, Moscow and other Russian cities. In 1984 Galina Ulanova coached her to dance Giselle at the Bolshoi. 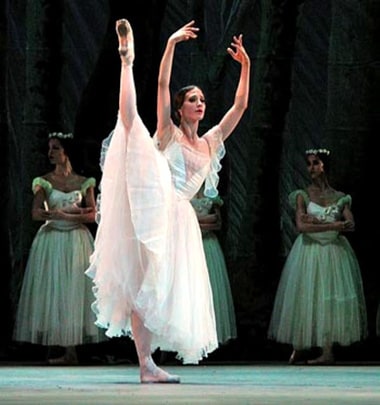 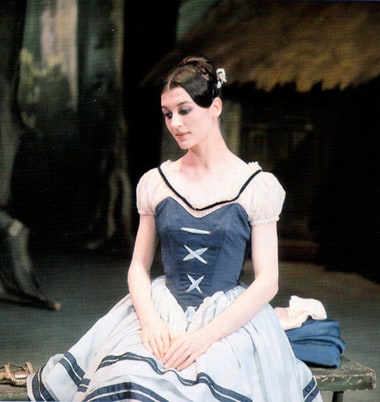 Carla Fracci 1936
She studied at the La Scala Ballet School from 1946 with Vera Volkova and others, graduating into the company in 1954. Promoted soloist in 1956 and principal in 1958. At La Scala she created Juliet in Cranko's Romeo and Juliet (1958) and Elvira in Massine's Don Giovanni (1959). She appeared with many companies like London Festival Ballet in 1959 and 1962, Royal Ballet in 1963, Stuttgart Ballet in 1965 and Royal Swedish Ballet in 1969. From 1967 she was principal guest artist of the American Ballet Theatre.

She is renowned for her interpretation of the romantic roles. Giselle was her greatest success, she danced it with many great partners like with Rudolf Nureyev, Vladimir Vasiliev, Henning Kronstam, Mikhail Baryshnikov and above all Erik Bruhn. Her unforgettable Giselle with Bruhn was filmed in 1969. Other great roles were Sylphide, Swanilda and Juliet. 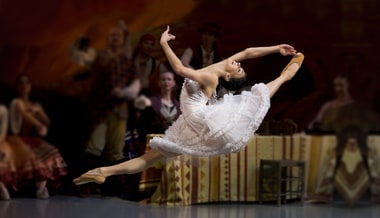 A principal dancer with the Royal Ballet since last autumn, Osipova has been noted as a first-rate Kitri in Don Quixote, but it's her Giselle that has recently been turning heads at Covent Garden. Combining ethereal elevation with reckless ectasy, hers already looks like an all-time-great interpretation. 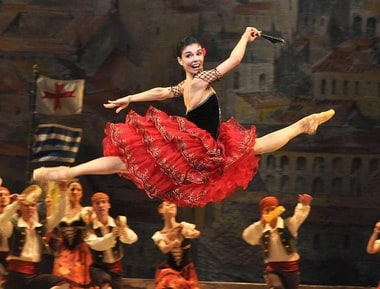 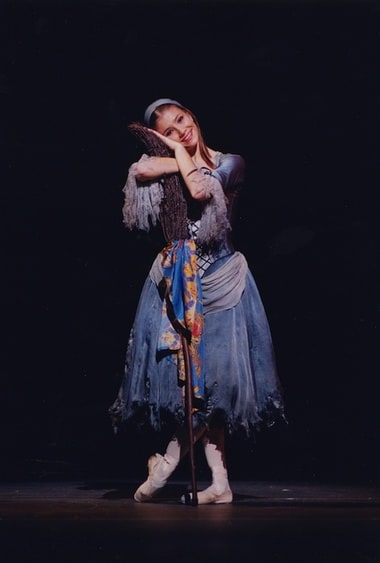 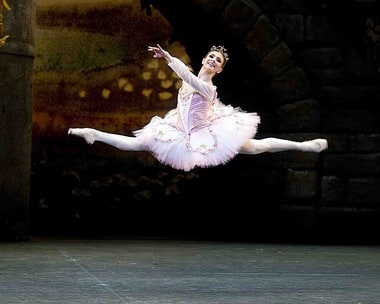 Romanian Alina Cojocaru, principal with the Royal Ballet for the best part of a decade (and now with English National Ballet) is one of the greatest and most glamorous ballerinas of the modern age. Plagued by injuries, she has nevertheless always shown a passion for diving headfirst into the emotion of every role she dances, from Aurora to Manon to Giselle, that lifts her above mere virtuosity. 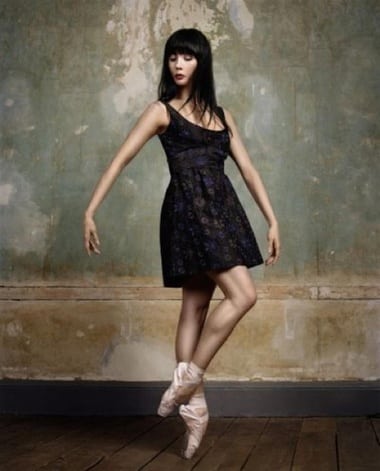 Currently the artistic director of English National Ballet, Rojo was one of the Royal Ballet’s most spectacular assets for over a decade, a star principal dancer who combines talent, technique, brains, beauty, artistic ambition and interpretative brilliance in a single, unmistakably world-class package - her partnership with Carlos Acosta has been a particular delight. 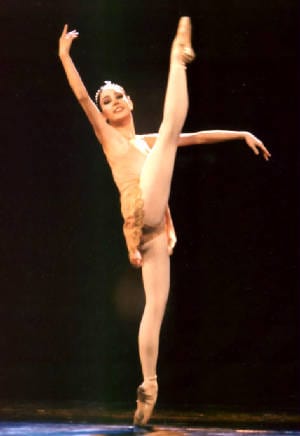 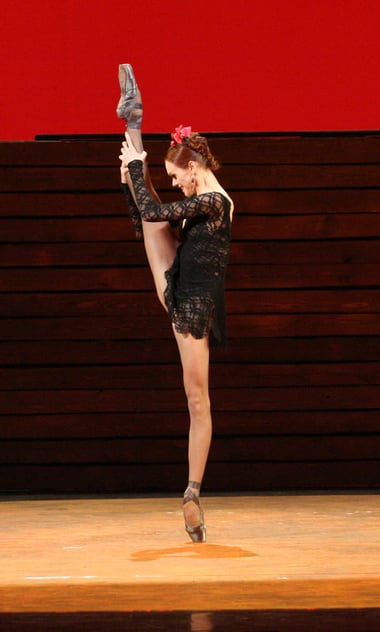 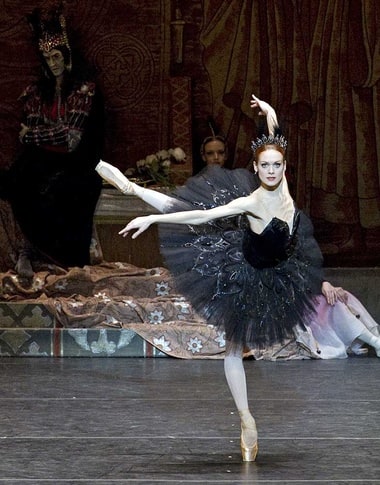 From unpromising beginnings as a gawky young dancer, Uliana Lopatkina has become the greatest ballerina in Russia today, and a national legend. Very, very rarely ballet throws up an artist who embodies more than supreme skill and compelling theatrical personality, and comes to epitomise a sort of national dream. Galina Ulanova and Margot Fonteyn suffered that fate, and it looks as if Lopatkina may too be similarly revered. 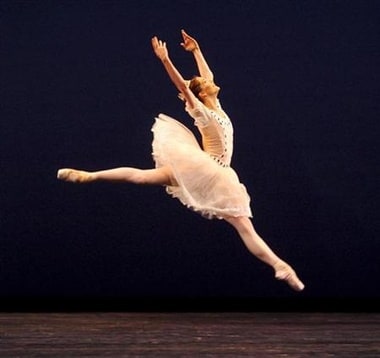 Far and away the Royal Ballet's most celebrated home-grown ballerina of recent decades, and the only one since Margot Fonteyn whose fame has spread beyond dance circles. Bussell now sits at the judges' table on Strictly Come Dancing, but few will forget her her line, musicality, athleticism and glamour. 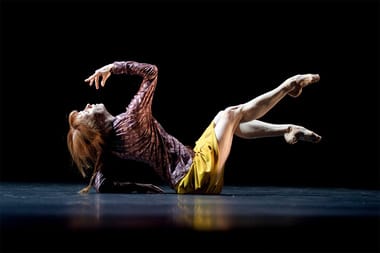 The most complete and significant artist of this generation, with thrilling technique and heart-stopping dramatic presence. A great ballerina she has now become a great contemporary dancer, still performing the most interesting, challenging work around. She joined the Paris Opera Ballet School in 1977, the company in 1981, and then rose dazzlingly until the moment in 1984 when, after a matinee performance of Swan Lake, she became the company’s youngest ever étoile - the highest rank of the Paris ballet. 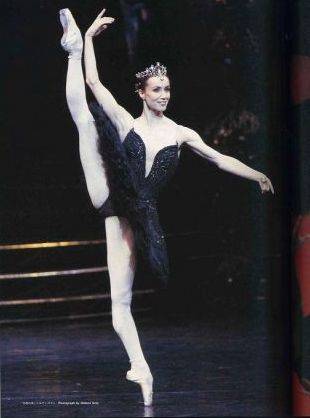 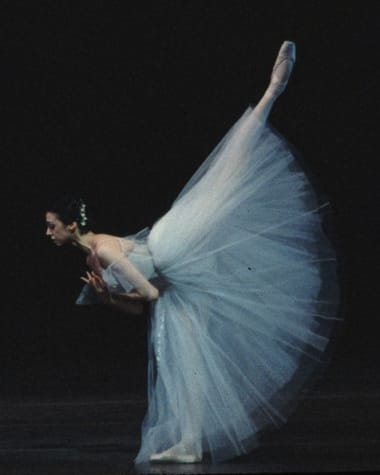 Alluring grace, enticing mystique, personal magic, instinctive expressiveness and the technical wizardry to draw the public with her into unvoiceable passions and dreams - these qualities separate the handful of true ballerinas from the legions of mere female ballet-dancers. Now artistic director of the State Ballet of Georgia, the Georgian-born, Bolshoi-trained Nina Ananiashvili is one of that tiny elite. 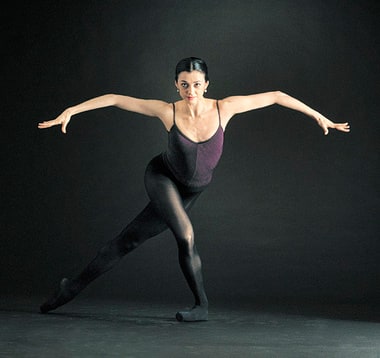 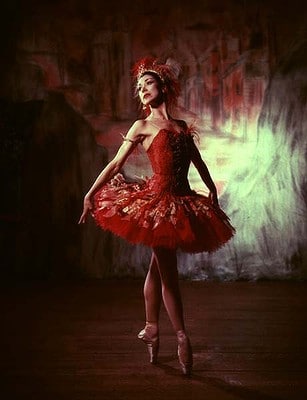 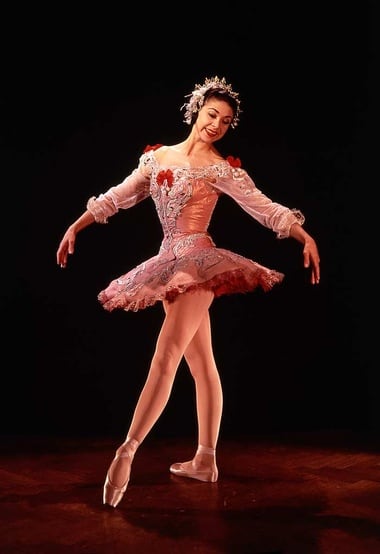 A dancer of incomparable musicality, line and grace, Fonteyn helped make ballet more accessible and popular in Britain than it had ever been. Her partnership with Rudolf Nureyev caught the public's imagination - after their first performance together in Giselle 1962, they received 23 curtain calls. But Fonteyn was an international star long before Nureyev: she tackled the lead in Swan Lake the year he was born, and remains the Royal Ballet's only Prima Ballerina Assoluta
Load more items (8 more in this list)

The Condors by Venice

My favorite movies based on books part 2 by Venice