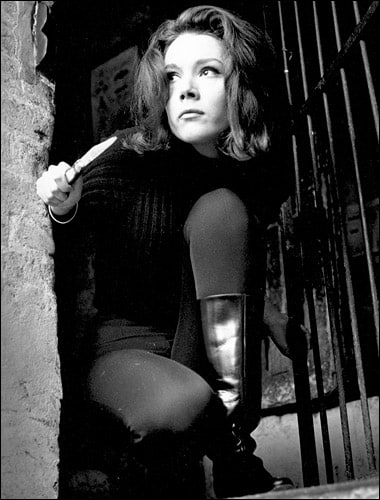 Yup, more than 40 years before Uma Thurman ran around with a samurai sword, Diana Rigg was kicking the crap out of criminal masterminds on an amazing show called The Avengers. It was sort of a spy show, sort of a detective show, very stylish, sort of dark but eccentric and nutty at the same time. Steed used to throw his bowler hat at guys and knock them out with his umbrella. Mostly, I was watching Mrs. Peel.

Diana Rigg was knighted in 1994. At the ceremony, she threw Prince Charles out a third story window in Buckingham Palace. Okay, not really, but she could have if she felt like it. Talented amateur indeed!
vintage's rating: 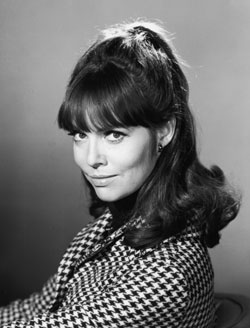 Agent 99 didn't have the amazing mutant superpowers of the other ladies on this list. She just solved all the crimes and stared adoringly at the bumbling Agent 86 (Don Adams), while he got all the laughs. She might seem tame to modern audiences, but to television audiences raised on Hazel and Patty Duke, 99 was a revelation.
vintage's rating: 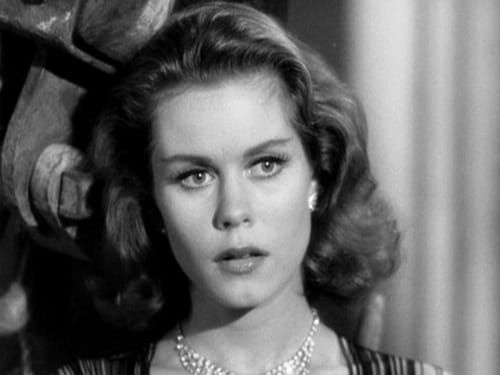 Whenever trouble came up, Samantha would wiggle her nose, the corny xylophone music would play, and there would be more trouble than they started out with. Sort of an annoying show, didn't watch it much. It was hard to believe a hottie like Sam would be married to either of those two Dicks. 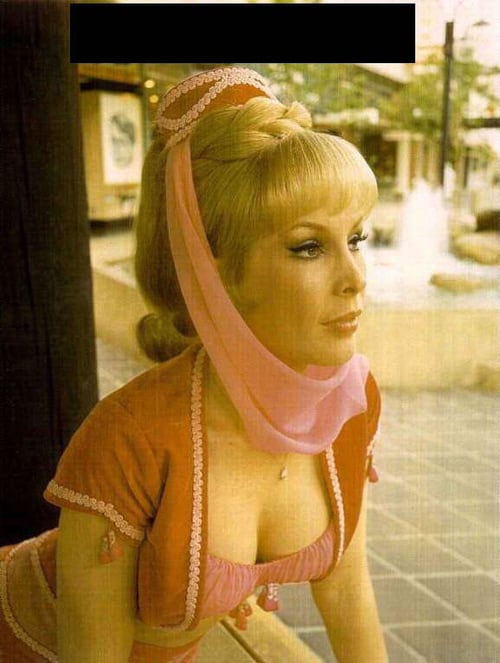 This show turned the whole submissive woman stereotype on its head. Jeannie was a bubblehead for sure, but Tony, her rational scientific "master," was the guy who ended up looking like a jackass, week after week.

I guess someone on this show finally watched an episode of The Avengers and said, "We need someone like Mrs. Peel, you know, to kick the crap out of the bad guys." Thus, Batgirl was born. The series was a bit long in the tooth by this point, but Batgirl gave it a needed dose of glam. And kicking. Lots of kicking. 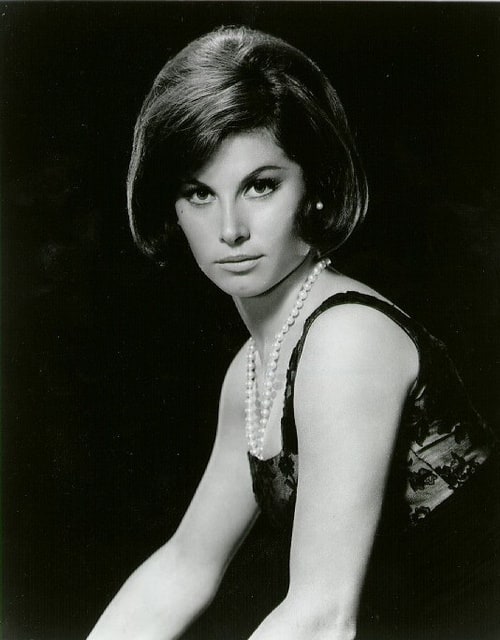 I don't remember this show much ... it was an obvious attempt to duplicate the success of The Avengers, but April left most of the work to her British boyfriend, and the series was cancelled in one season (which didn't happen as often in those days). It's debatable if April even qualifies for this list, but I'm including her for the sake of being inclusive and 'cause she's hot. 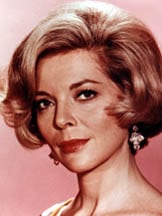 Yes, I know "Cinnamon Carter" sounds like the name of a stripper, but Cinnamon, like everyone else on the Impossible Mission Force, was one cool spy. Not the kind who kicked the crap out of you, the kind who just sat there and stared at you with a steady, slightly amused gaze until the cyanide she put in your cocktail took effect. Cinnamon didn't have a lot of speaking lines, she'd say something to Jim at the start of the show like, "Are you sure there's enough electrical current to kill all the guards?" and Jim would nod wisely. But that's the kind of show it was. The IMF mostly sat around, gazing steadily, while the bad guys slowly fell apart.
vintage's rating: 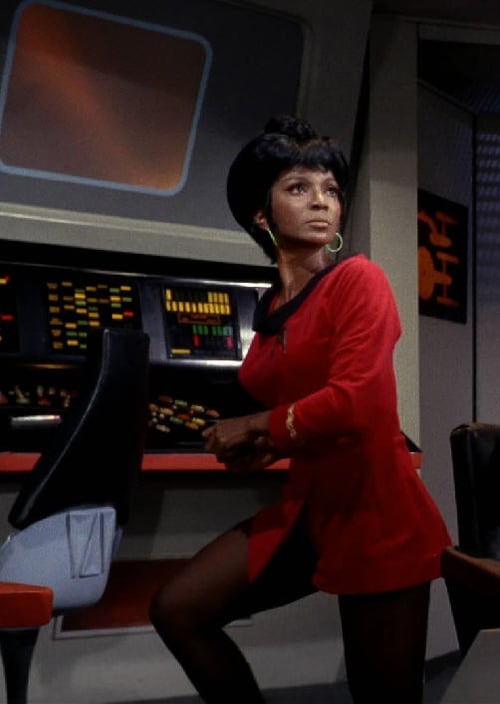 It wasn't enough to have a Russian ensign, a Japanese lieutenant and an alien first mate, this series pulverized stereotypes by including an African female communications officer who could translate the dialects of space aliens. As it turned out, it wasn't too difficult for them to seek out new life and new civilizations, usually there was a new planet-load of trouble every week. Uhura beamed down with the boys often enough, and sometimes she got to kick alien ass. In one memorable episode, she decks an alien guard with a water pitcher.

Did you know this show had the first interracial kiss ever shown on U.S. network television?

Later, Nichelle Nichols worked on a campaign with NASA to help them recruit women and minorities.
vintage's rating: 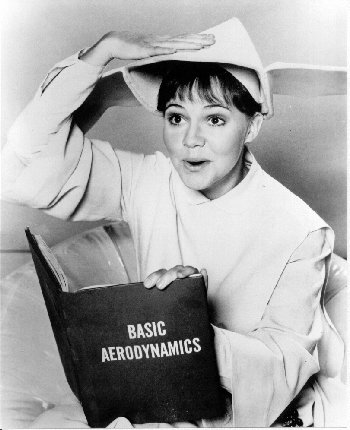 Somewhere in Television City, a bunch of executives sat down and asked themselves, we did a genie, we did a witch, so why the hell haven't we done any shows with a nun who can fly? Drugs were very popular in the sixties, and making fun of religious figures will always be popular. (Hey, at least they are not throwing us to the lions for entertainment.) Seriously, this was a lighthearted fun show about a nun who flew around helping people. All my teachers in parochial school were nuns, and more than once I wished they could all fly away.

From what I've read, Sally Field played another superwoman character, a telepath in the sitcom "The Girl With Something Extra." 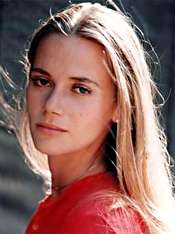 All I really remember about this show was the tagline: "One black, one white and one blonde." So the blonde wasn't white? Anyway, they were all in trouble with the law, so they had to become undercover cops. They were mod and psychadelic, I bet they would have all got afro hairstyles if they could have got away with it. They had a Woodie, which in the sixies was actually what we called a station wagon with phony wood paneling on the sides. Julie is sort of the teen grandmother to Charlie's Angels, a show with the same producer, the omnipresent Aaron Spelling. 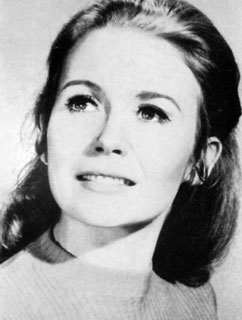 Another show I barely remember. It was a bit reminiscent of Mary Poppins, another nanny with telekenetic, physic, and other supernatural powers. She was British but for some unexplained reason, she was in America, looking after some hapless American family who had no supernatural powers at all. She had conversations with their dog a lot, and I think the kids found a 100 year old photo of her in one episode.
vintage's rating:

The 1960s saw the beginnings of what was called the women's liberation movement, which didn't fully come to pass until the 1970s. Women's roles were certainly changing in television, though. This is a short list of the superwomen who appeared on the little screen.

Most Beautiful Women in ER (Top Ten) by Durdenclub

The 10 Prettiest Ladies In Music History by Dark Warrior

Marvel and DC Pictures by PowerGirl