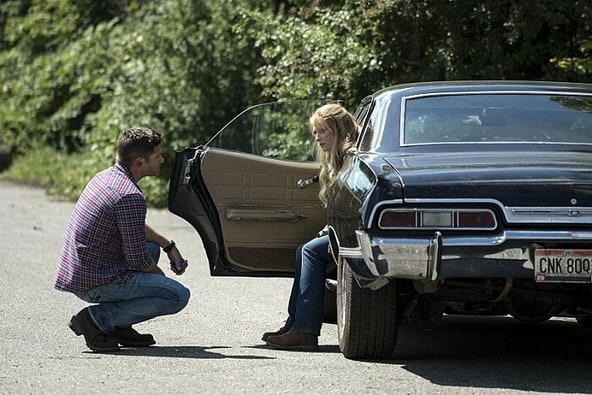 Dean comes face to face with his mother while Sam fights for his life after being shot by Toni. 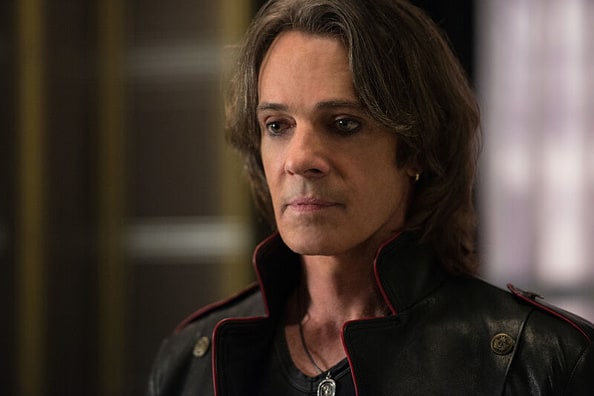 Dean, Castiel and Mary have a lead on Sam and set out to rescue him. Dean is uncomfortable putting Mary in danger, but she insists ongoing. Meanwhile, Crowley is tipped off that Lucifer has taken over the body of rock star Vince Vicente. 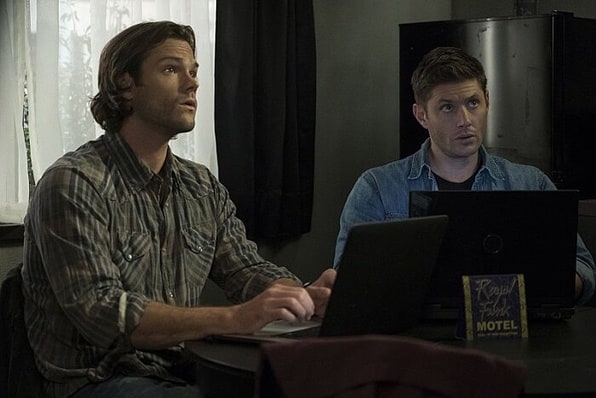 When a crying baby leads to death in a mysterious abandoned house, Mary, Sam and Dean decide to investigate. Meanwhile, Castiel's hunt for Lucifer leads him, begrudgingly, to partner up with Crowley. 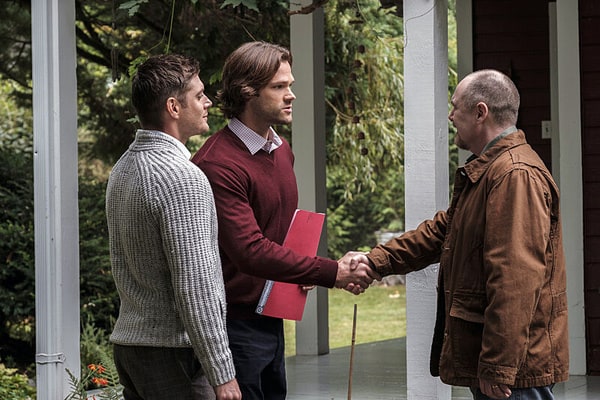 Sam and Dean investigate a case that leads them to a devout religious family living off the grid. They realize the parents are hiding a huge secret that could destroy them all. Meanwhile, Dean struggles to accept Mary's latest decision. 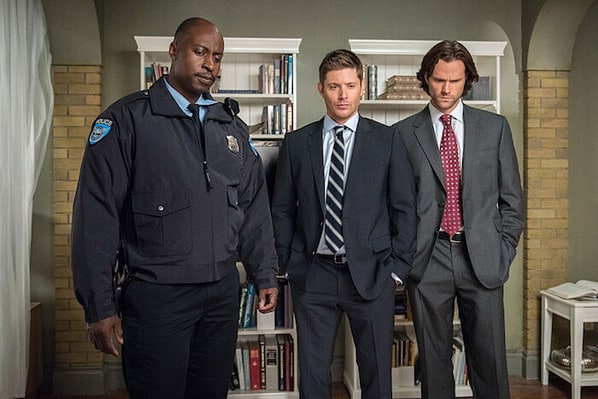 After learning that the soul of Adolf Hitler has been trapped in a 1930's gold pocket watch, Dean and Sam must act quickly to prevent a group of Nazi necromancers from resurrecting the Führer. 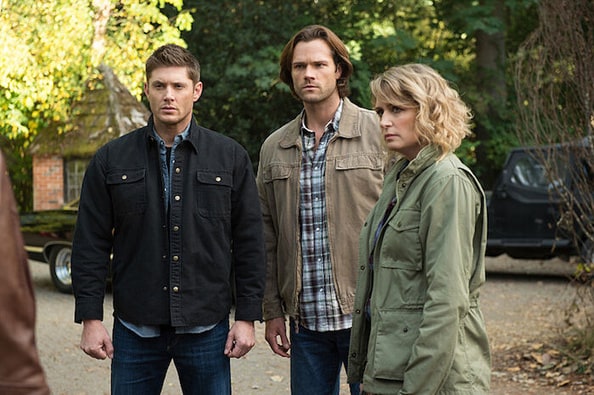 When hunters gather together to celebrate the life and tragic death of one of their own, Sam, Dean and Mary must take action when a demon starts picking off hunters one by one. 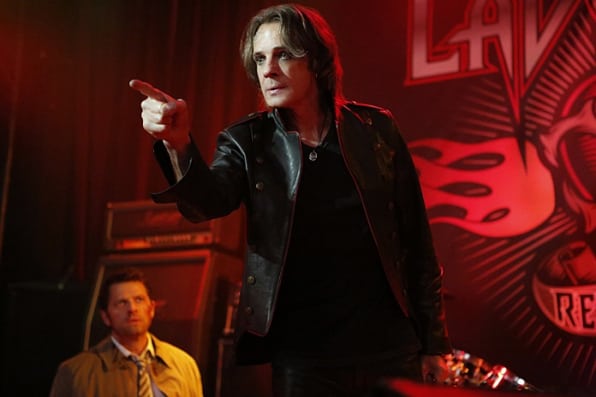 Lucifer realizes that as Vince Vincente, he can get his fans to do whatever he wants. Thrilled with this power, he arranges a VIP concert in order to kill them. Sam, Dean and Castiel enter the underbelly of the music industry to stop him. 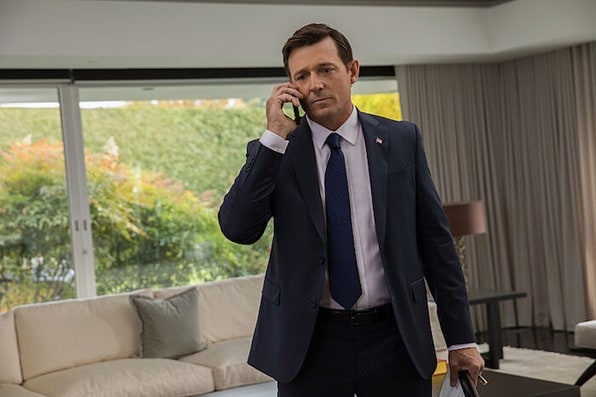 Sam, Dean, Castiel, Crowley and Rowena band together to fight Lucifer when his search for power leads him to the White House. 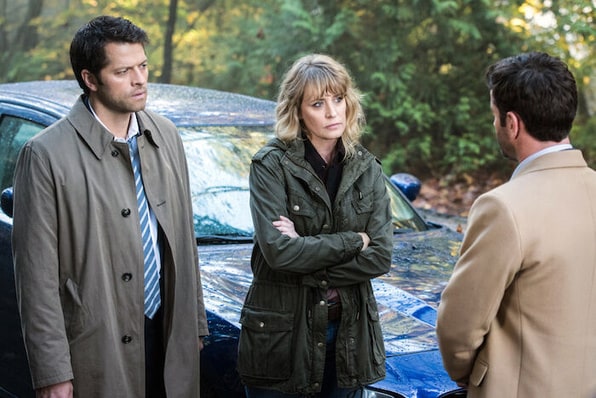 After being arrested for the attempted assassination of the POTUS Sam and Dean must find a way out of a government detention facility in the middle of nowhere. Determined to find her sons, Mary and Castiel seek help from an unlikely source. 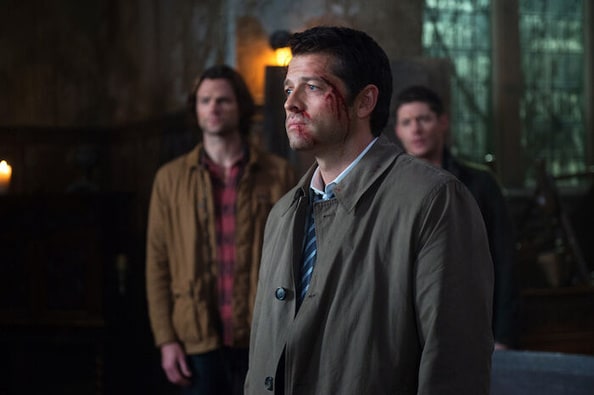 Lily Sunder plots her revenge against a band of angels that killed her family; Sam and Dean must save Castiel from becoming her next victim. 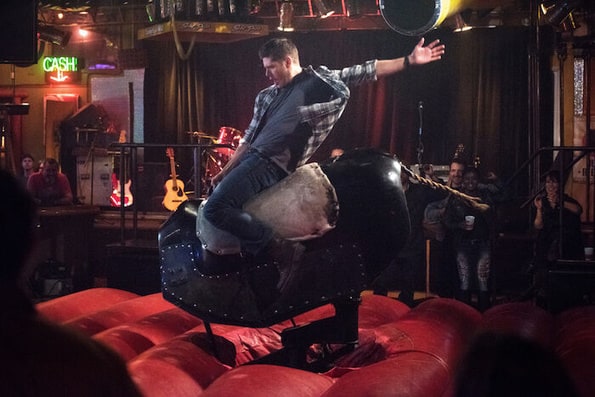 Rowena helps Sam find a powerful family of witches when a spell is placed on Dean that's quickly erasing his memory. 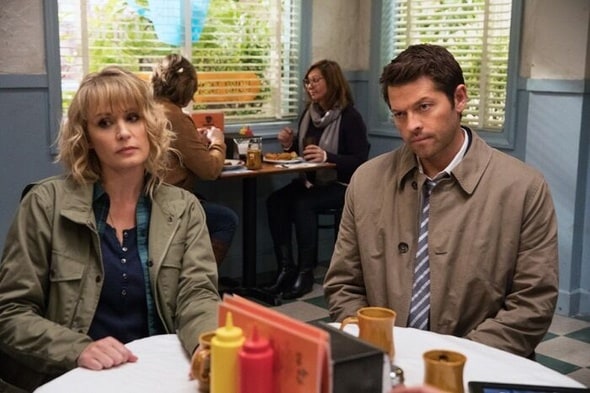 Mary asks Sam, Dean and Castiel for help on a case she's working, but neglects to mention the British Men of Letters are involved. When Mary is double-crossed, everything is revealed. 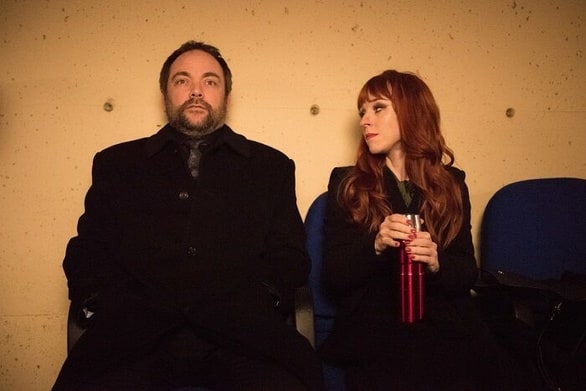 A ghost from a merchant ship may be responsible for a murder at a museum; an angel tries to kill Kelly. 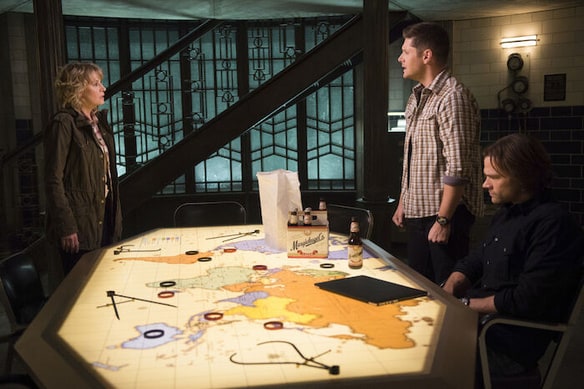 Mary and the British Men of Letters have a chance to take out a nest of Vampires, but the alpha-vamp turns the tables on them.

12x15 - Somewhere Between Heaven and Hell 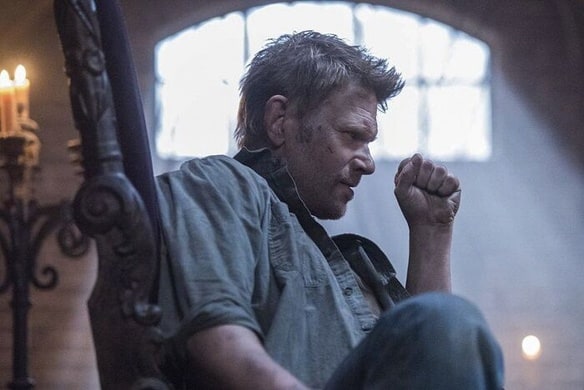 Sam and Dean investigate an attack by an invisible hellhound at a campsite. Meanwhile, two of Crowley's own personal demons uncover what he has been hiding. Elsewhere, Castiel gets a lead on Kelly Kline. 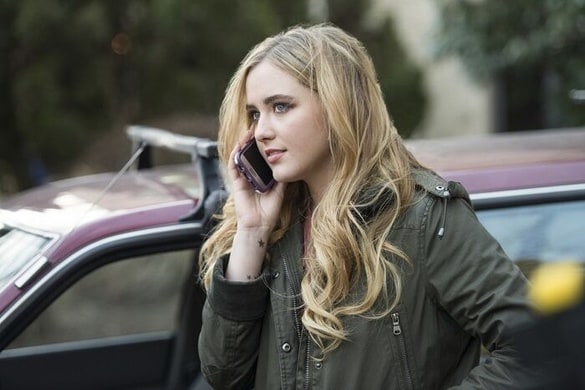 Dean and Sam let Mick Davies tag along on a case as they search for a werewolf and they run into Claire Novak, the reunion is short-lived after Claire is bitten and the brother's race to find a way to help her before she turns. 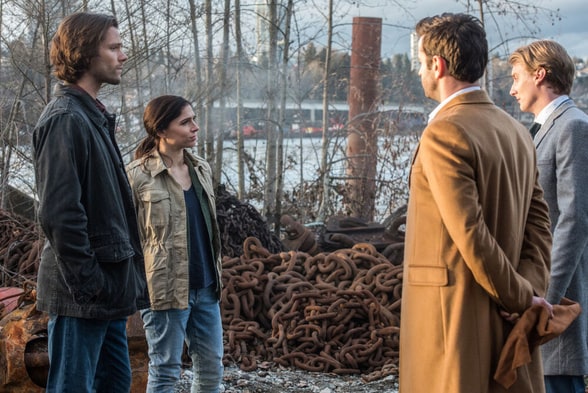 Sam and Dean get a lead on Kelly Kline's whereabouts. Mick drops by the bunker unexpectedly and decides to join the hunt. 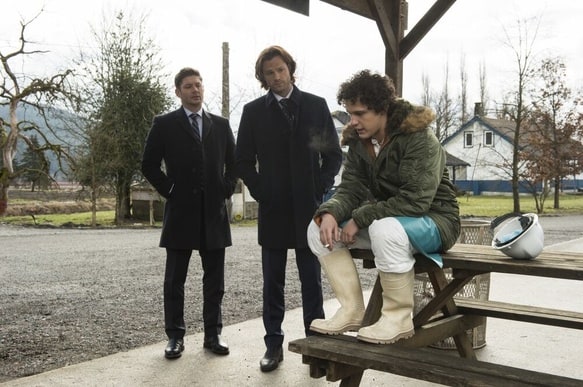 When Sam and Dean investigate the case of a missing person, the lead witness says the victim was attacked by a man with the head of a goat. 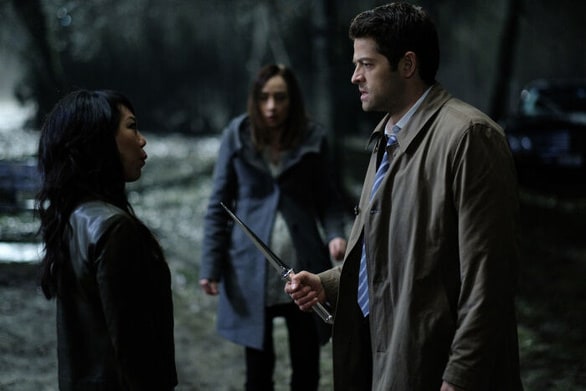 Sam comes up with a way to stop Lucifer's baby, but Castiel has something else in mind for Kelly. Dean is furious when he finds out someone stole the Colt. 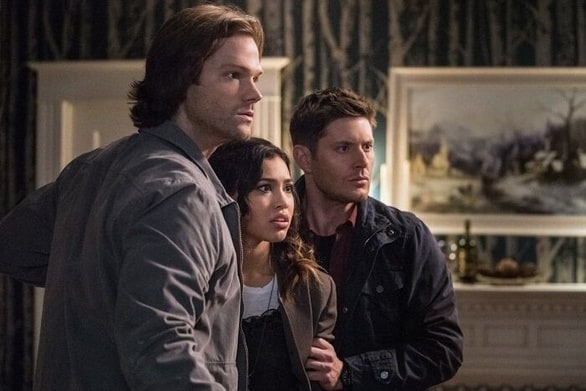 Alicia Banes calls Mary for help after her mother, Tasha goes missing. Sam answers Mary's phone and he and Dean head out to help Alicia and her twin brother, Max finds their mother who was hunting a powerful witch. Meanwhile, Mary starts to have some doubts about the British Men of Letters. 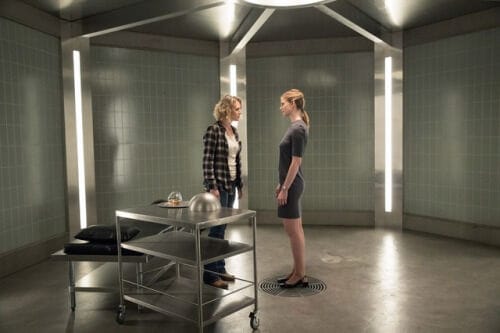 Sam and Dean are alarmed when they learn hunters are being killed by suspicious "accidents" all over the country. They decide it is best to find Mary and make sure she's safe. Meanwhile, Toni is back in the states and she and Mary face off. 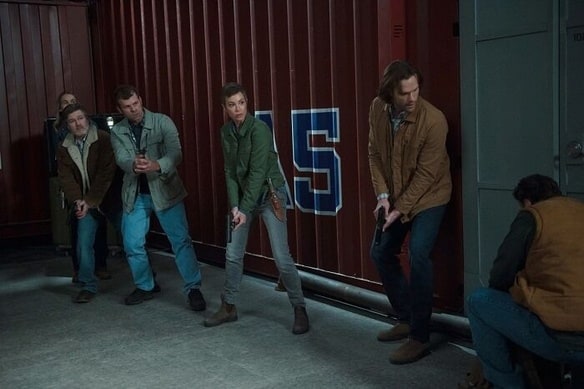 Sam and Dean only have each other to rely on when they're caught in a dangerous situation; the fight between the American Hunters and the British hunters comes to a head. 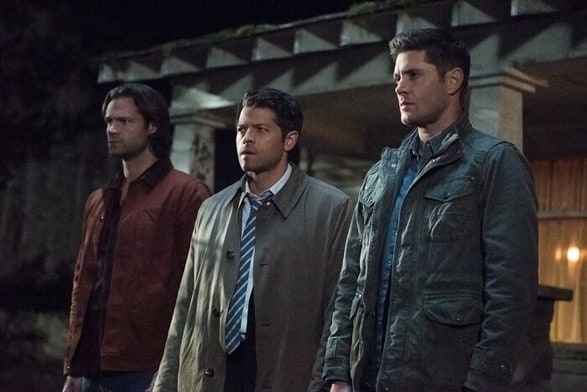 Lucifer battles Sam, Dean and Castiel for control of his unborn son.

Season Summary
MEET THEM ON THE DARK SIDE