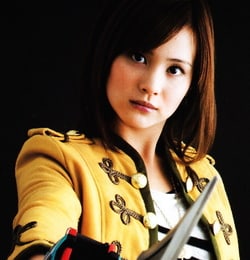 Why? I just loved Luka from the moment I saw her. Which is odd because I normally don't like the no nonsense tough girls. Luka just has this charm to her that makes me like her.
However, her charm isn't too overpowering as she just barely makes my top ten.
jenndubya's rating: 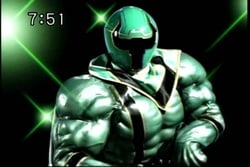 Why? Ah, big brother Makito. The eldest of five siblings, with a father presumed dead for several years, he had to put up with so much of his family's crap. From Houka's many many boyfriends, to Urara gambling away the family's money, Tsubasa being a stick in the mud, and Kai being an immature teenager. Makito held that family together and he did it on his own.
Although, Makito is also just a big goof. And I may or may not have a weakness for those.
jenndubya's rating: 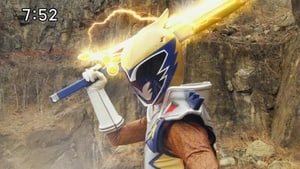 Why? I'm just gonna come out and say it now: if it wasn't for Ucchii, I probably wouldn't have been able to make it through the season. Outside of he and Dr. Ulshade, I don't care for anyone else on the team. But once Ucchii appeared, and we actually got a look at his real personality, I felt like things were looking up.
So while my opinion of the show itself isn't that great, Ucchii is an amazing dork and I wouldn't trade him for the world.
jenndubya's rating: 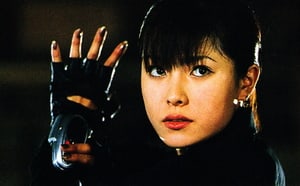 Why? I love Yuri. She's a police officer who goes undercover as a new recruit in the time police, in order to avenge her father's death that she witnessed as a child. Then she's trapped in the past with three actual recruits and a man that looks identical to TPD's commander from the future.
Yuri is the leader of her team by necessity. No one is qualified to be a time cop, but as a veteran of the regular police, she steps up and takes the reigns.
She also follows the book so much, that no matter how strong her feelings are, they will not get in the way of a case. Yuri is that professional.
jenndubya's rating: 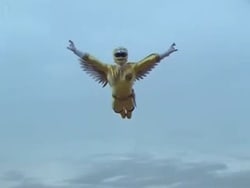 Why? Gaku is criminally underused within the Gaoranger team. Yeah, he's a former pilot who had to go MIA when Tetom decided to play Twilight Zone on the wing of his plane, but that doesn't even scratch the surface of Gaku's awesomeness.
He's professional to the point where he will not let anyone on his team refer to each other as anything but their color, he loves singing karaoke, and his random bursts of the English language are the greatest thing ever.
jenndubya's rating: 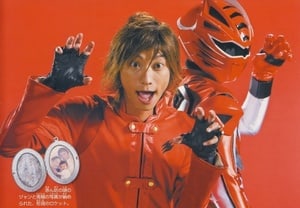 Why? I fell in love with Jan from the very first scene. Suspension of disbelief aside, the fact that he was wrestling pandas when we first meet him automatically earned him a top spot in my heart. Then add in the fact that he's just like a naive little kid, seeing things for the first time, just makes him adorable.
However don't count out his character development, which shows him grow in bad ass, but doesn't make him any less adorable at the same time.
jenndubya's rating: 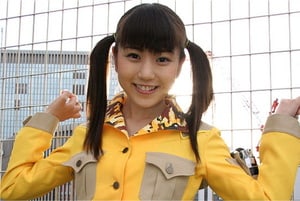 Why? Natsuki is an interesting character. Her role in the team is the strong one, but she's just this tiny, cutesy girl. She's an amnesiac in search of her memories, but does anything but brood about it. Natsuki is basically a walking trope subversion. Just when you think you've put her in a role... nope, not happening.
Oh, and did I mention that she piloted the combined mecha by herself? Unmorphed!
jenndubya's rating: 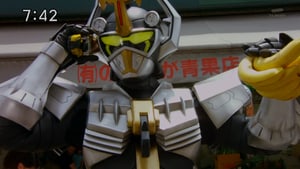 Why? If you're questioning why a robot is in my top five, then you obviously need to go watch Go-busters right this instant. The season itself is known for being quite serious, but whenever J is on screen, the show is anything but.
J and his partner are the funny guys to the core three's "straight man." However, J just steals the show and runs away with it. The real name of the show should be "J does things plus obligatory mecha fight."
jenndubya's rating: 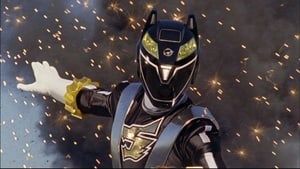 Why? Every team needs a Gunpei. Initially he's this super serious cop, but then his true personality seeps through and we find out that he actually has the mentality of a five-year-old.
Basically, even though he started as the "only sane man", Gunpei is so crazy that he makes the rest of the already eccentric team look normal.
jenndubya's rating: 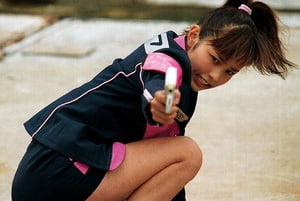 Why? Umeko is flawless. She self-appoints herself as leader, and while the others don't humor her, they also don't really tell her that she's not the leader either. Also, for a tiny girl, she is actually pretty bad ass.
Every time I watch an episode, I fall in love with Umeko even more. She has set the bar so high that I don't think anyone actually has a real chance of topping her.
jenndubya's rating:

My personal list of my top ten favorite Rangers of the Super Sentai franchise.

The characters are not judged by how strong, tough or smart they are, but just how enjoyable of a character they are as a whole.