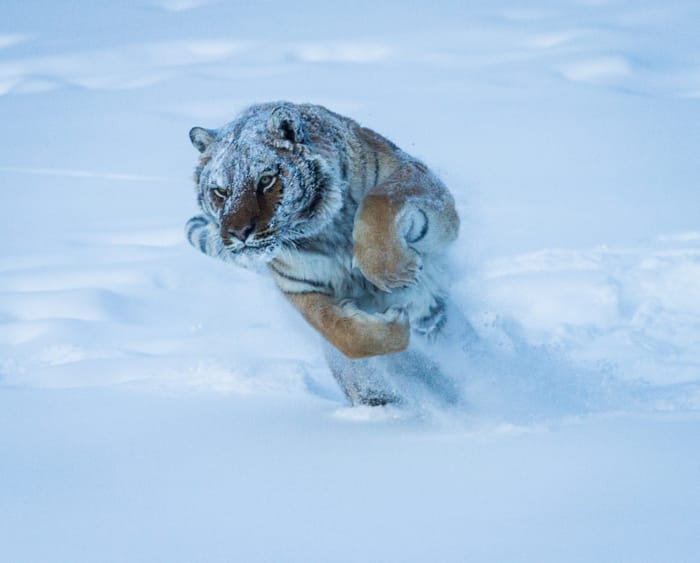 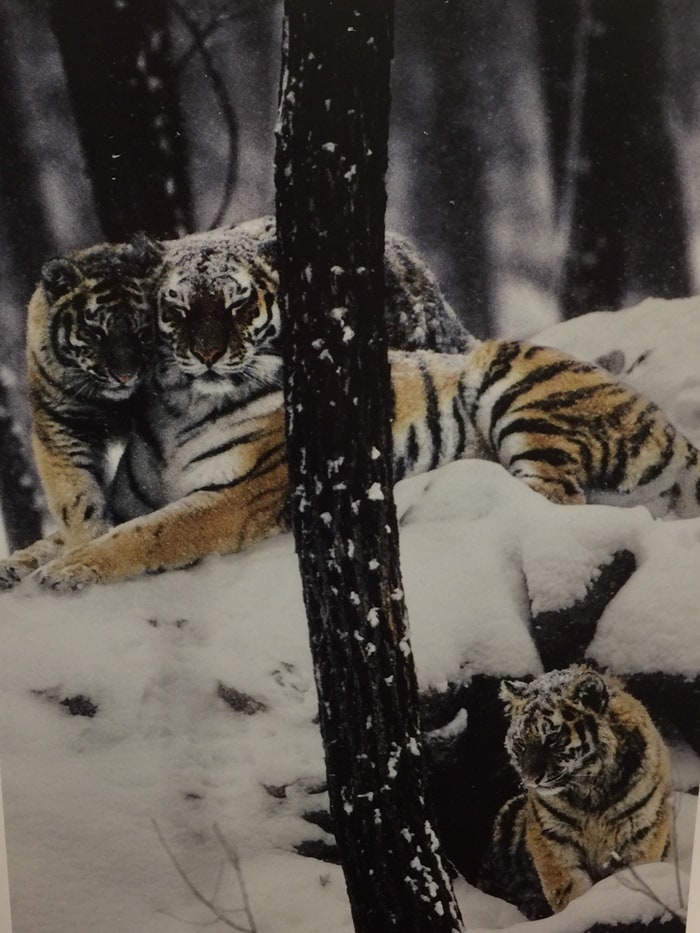 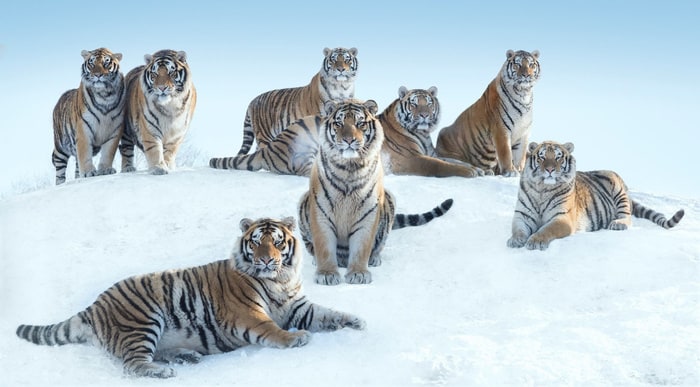 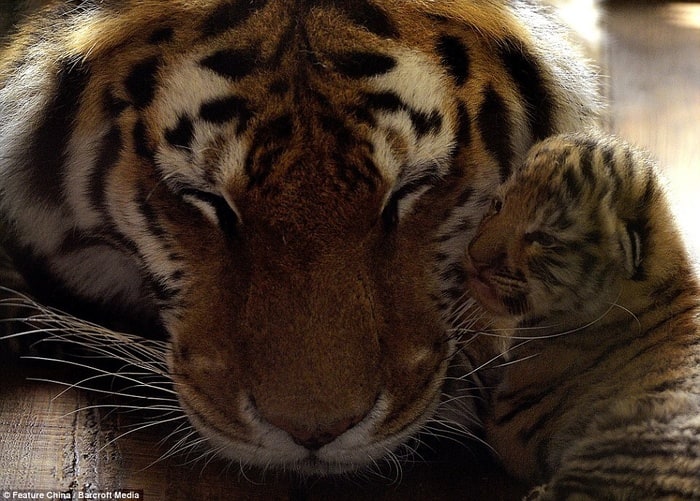 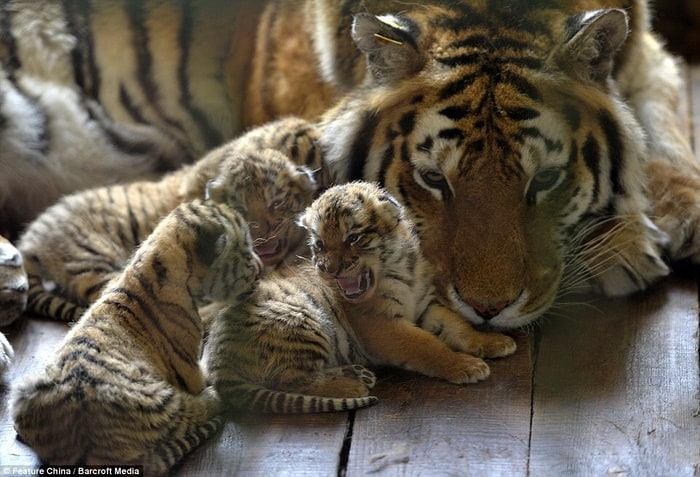 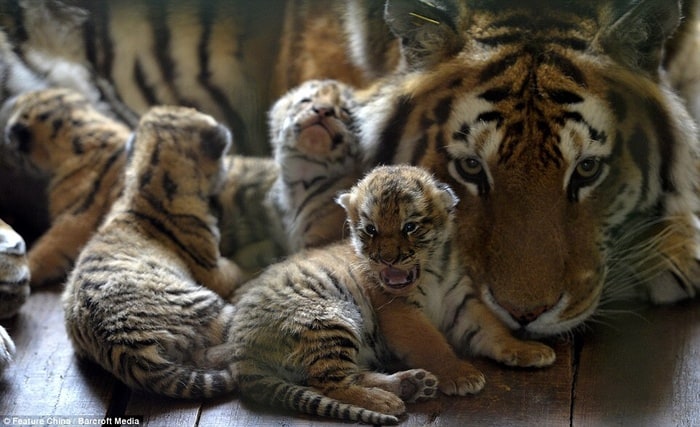 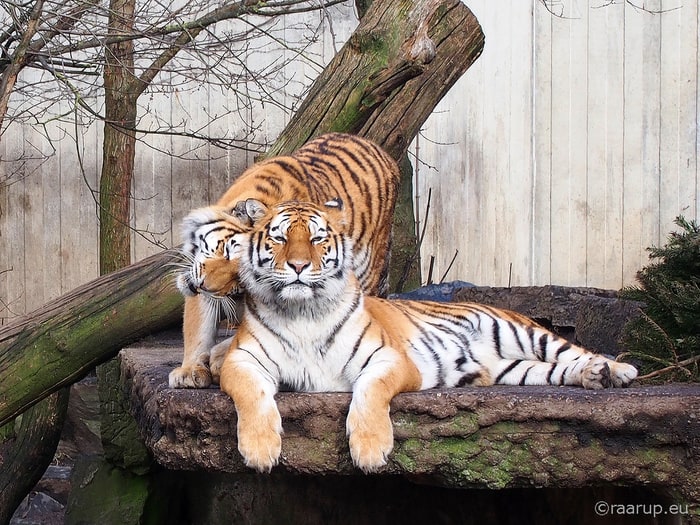 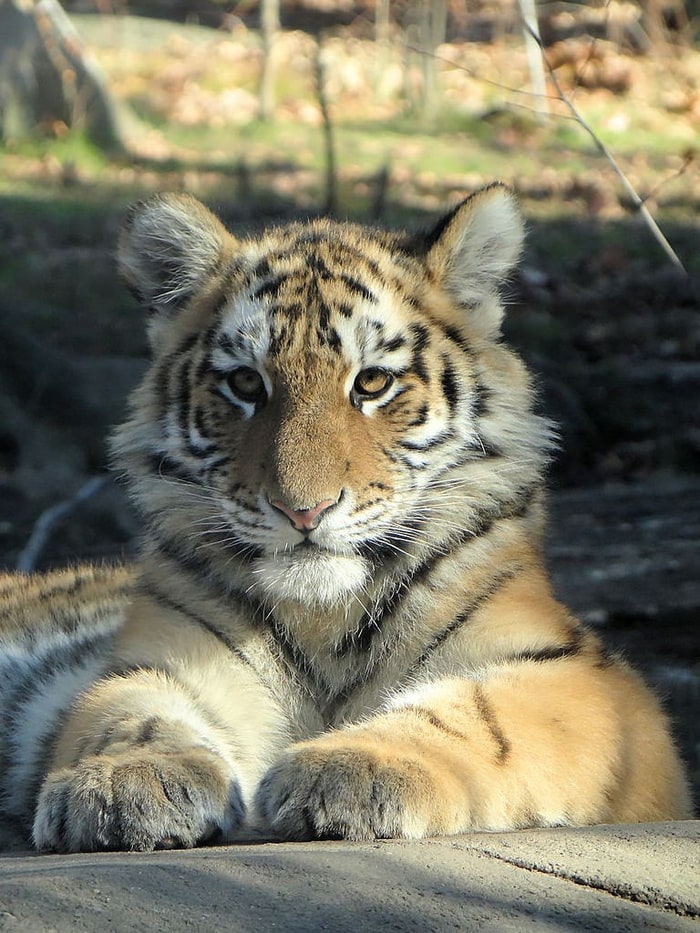 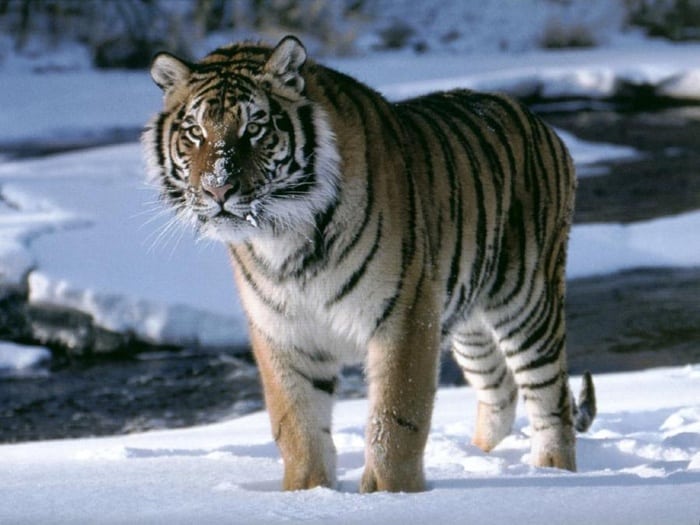 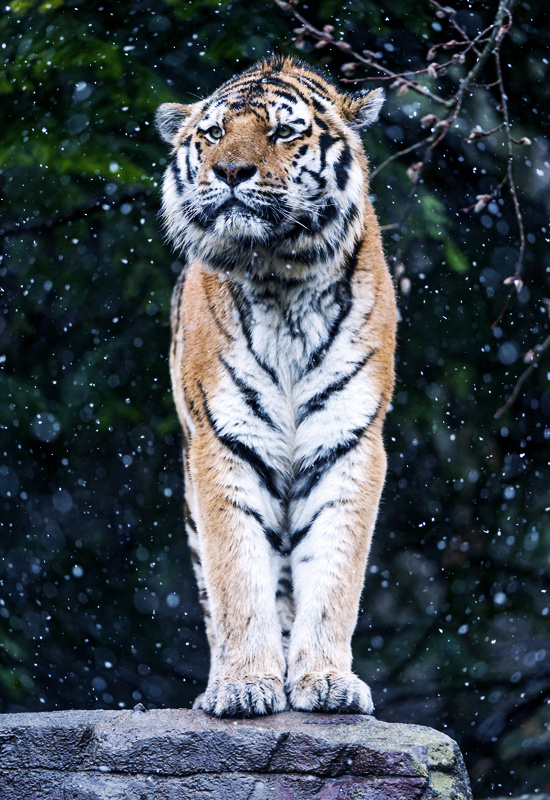 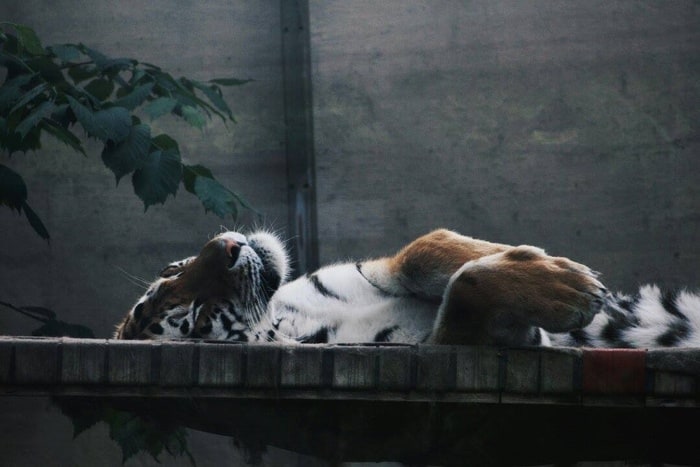 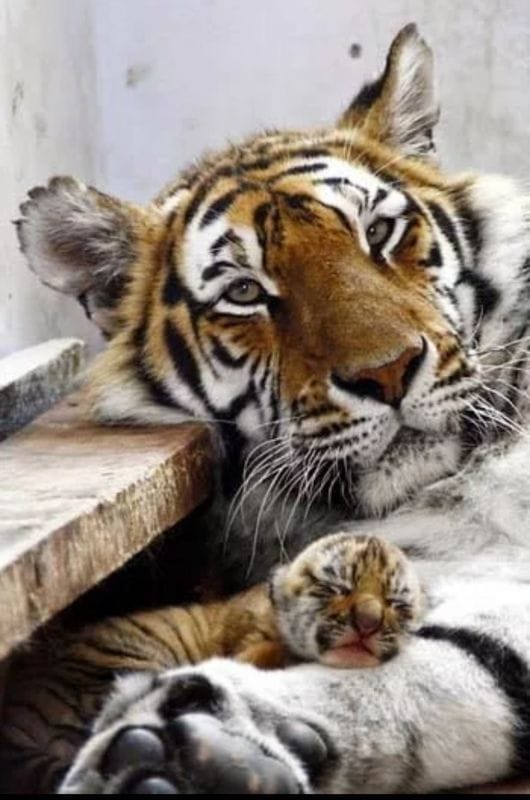 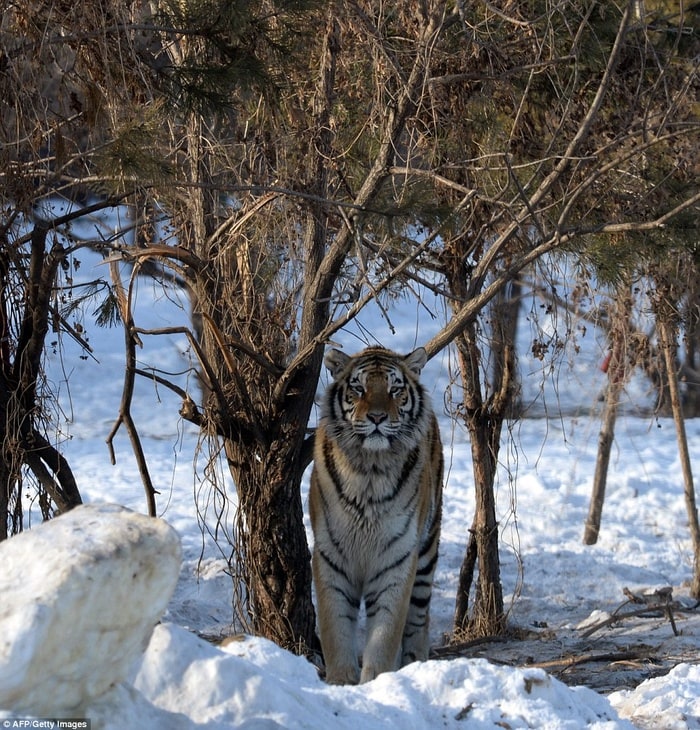 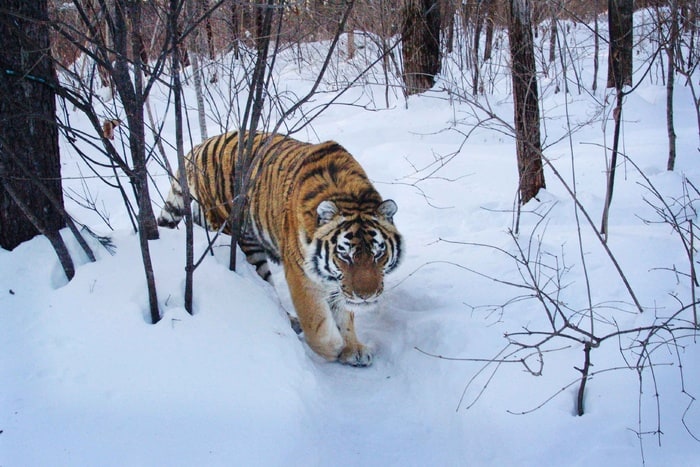 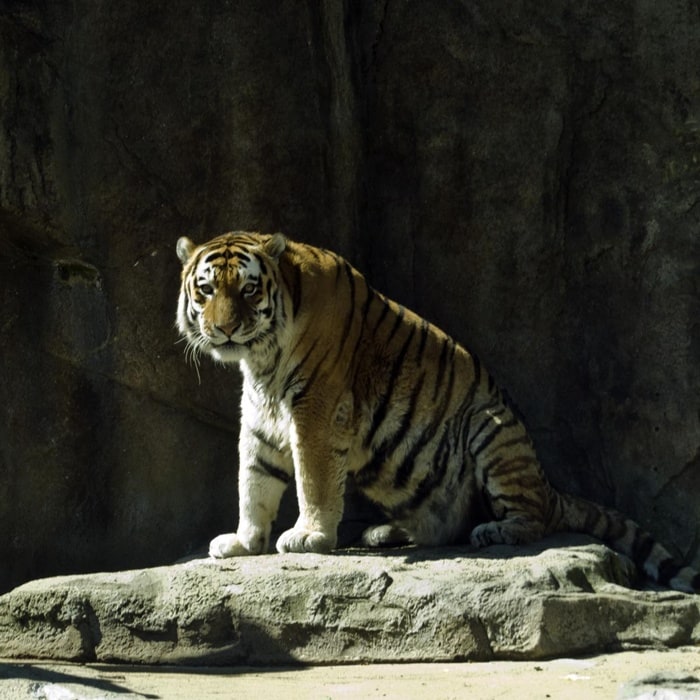 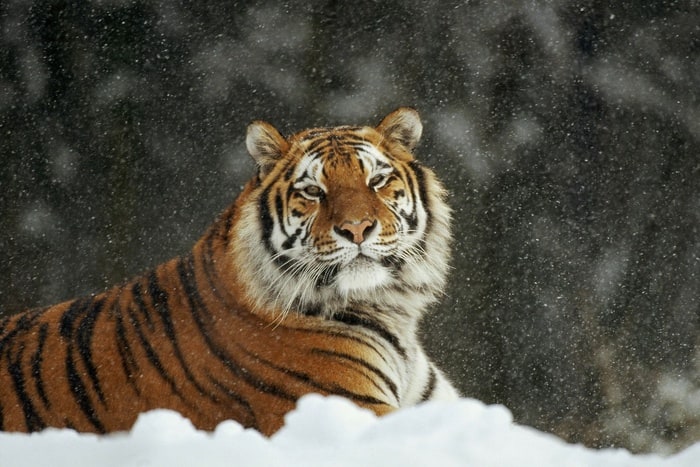 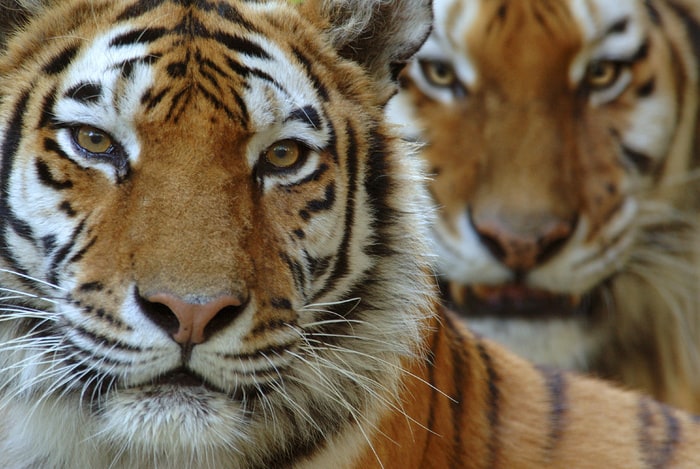 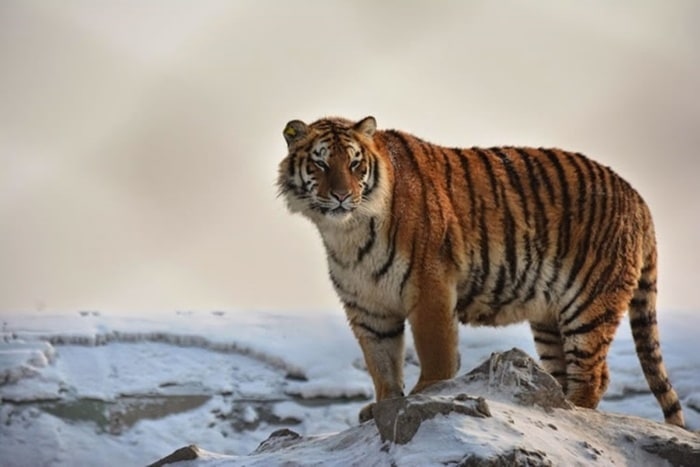 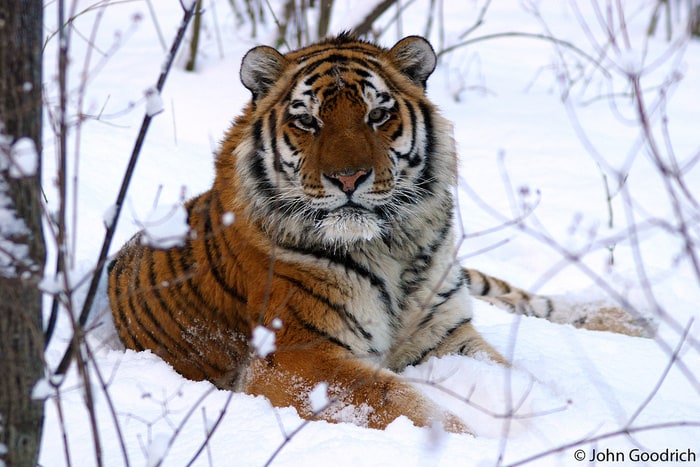 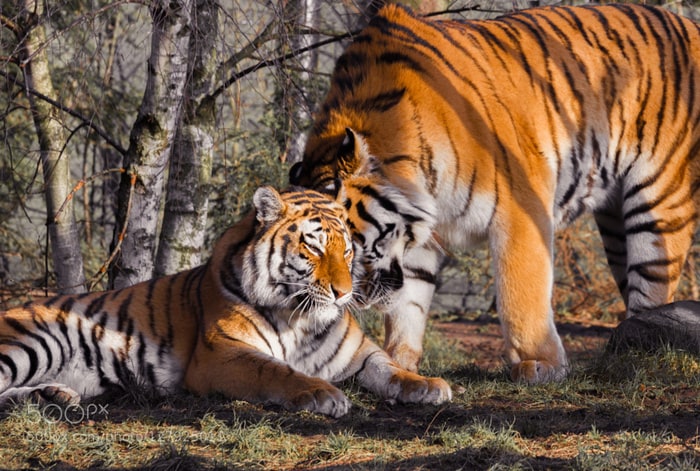 Load more items (47 more in this list)
The Siberian tiger (Panthera tigris altaica), also known as the Amur tiger, is a tiger subspecies inhabiting mainly the Sikhote Alin mountain region with a small population in southwest Primorye Province in the Russian Far East. In 2005, there were 331–393 adult and subadult Amur tigers in this region, with a breeding adult population of about 250 individuals. The population had been stable for more than a decade due to intensive conservation efforts, but partial surveys conducted after 2005 indicate that the Russian tiger population was declining.[1] By 2015, the Siberian tiger population has increased to 480–540 individuals in the Russian Far East, including 100 cubs.

The Siberian tiger and Bengal tiger subspecies rank among the biggest living cats.[4] A comparison of data on body weights of Siberian tigers indicates that up to the first half of the 20th century both males and females were on average heavier than post-1970 ones. Today's wild Siberian tigers are lighter than Bengal tigers. Their reduced weight as compared to historical Siberian tigers may be due to a combination of causes: when captured, they were usually sick or injured and involved in a conflict situation with people.

Results of a phylogeographic study comparing mitochondrial DNA from Caspian tigers and living tiger subspecies indicate that the common ancestor of the Amur and Caspian subspecies colonized Central Asia from eastern China via the Gansu−Silk Road corridor from eastern China, and then subsequently traversed Siberia eastward to establish the Amur tiger population in the Russian Far East.

My favorite classic music by Marek

Eve Arden’s Movies I Have Viewed by Kandi

TV Shows I May Watch Someday by Kev64