0
Among Others (Hugo Award Winner - Best Novel)... (2012)
2011
The Nebula Award is an award given each year by the Science Fiction and Fantasy Writers of America (SFWA), for the best science fiction/fantasy fiction published in the United States during the two previous years (see rolling eligibility below). There is no cash prize associated with the award, the award itself being a transparent block with an embedded glitter spiral nebula. 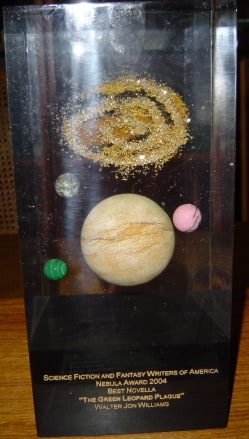 1001 Books You Must Read Before You Die Pt. 2 by chuckmuck

Most Successful Movies of... Tom Cruise by SchwarzerAbt

1001 Books You Must Read Before You Die Pt. 3 by chuckmuck

My Favorite Prison Movies by coroner

Music By: Koji Kondo by CelShader