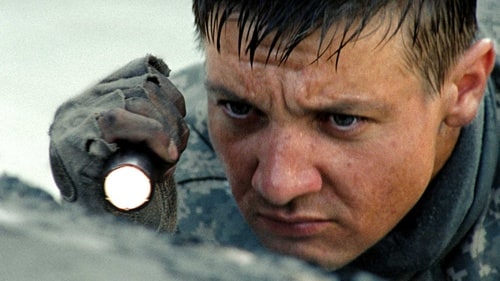 "There's enough bang in there to send us all to Jesus. I'm gonna die, I wanna die comfortable."

I decided to start the month off with this movie which in hindsight probably wasn't the best way to start it off since I was kind of skeptical about it. Turns out I could've picked something better because it's not as great as everyone else says. That's not to say I didn't like it because it had its moments, but I fail to see what's so great about it. The dialogue is well-written and the acting is the strongest point of this movie, but it did have quite a few things I didn't care for. It did have a few scenes that were kind of boring, but I think the main reason I wasn't the biggest fan of it was due to the massive amount of praise it has gotten. Once again, I fail to see what's so great about this movie because it really felt like a standard war movie for the most part. The aspects like story, characters and battle scenes are ones that I have seen done better in many other war films that I enjoyed much more than this one. I also can't say I liked this movie's portrayal of war. I'm not quite sure why, but in some scenes it felt like it glamorized it at times.

So why did I like this movie despite all these problems? Well, I guess it all comes down to the characters. I did care about them enough to keep me somewhat interested. There were enough good things here for me to like it, but it's definitely an overrated movie and it definitely didn't deserve to win Best Picture.
moviewatcher122's rating: 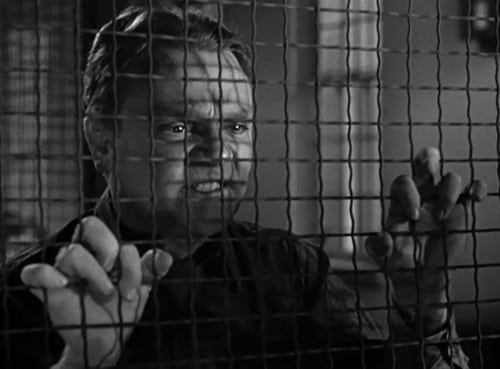 I haven't seen many of these classic gangster films, but this one was fantastic. James Cagney delivers a great performance and every scene in here is great and memorable. I loved this movie and it's one of the best classic gangster movies so far.
moviewatcher122's rating: 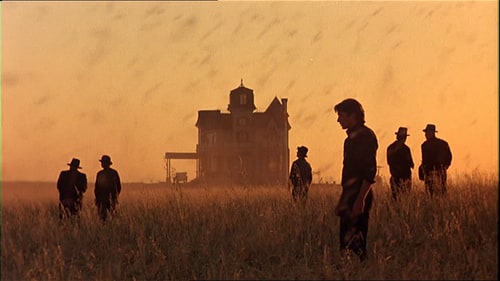 "Nobody's perfect. There was never a perfect person around. You just have half-angel and half-devil in you."

Ahh, Terrence Malick. A director that I've always had mixed feelings about. Pretty much all of his films I've seen so far are ones that I've had different opinions on. The Tree of Life was average, Badlands was good, but not great and The Thin Red Line was really good. This one falls under the same boat as the the latter film. I liked this one since it wasn't really style over substance like some of his other work. It still looks amazing on a visual level, but there's a lot more going on here. There was an actual story and characters to care about. While it doesn't quite cross the line of greatness, it is Malick's best film so far, even though I'm not sure if there's anything else that will top this one or not.
moviewatcher122's rating: 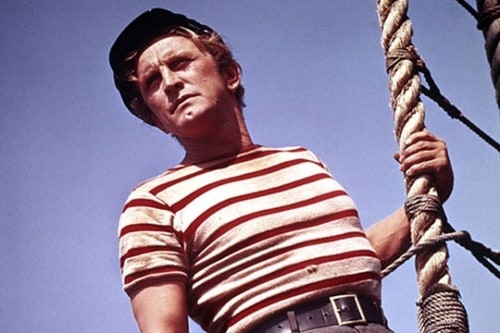 "There's one thing you ought to know, Professor: Nemo's cracked. I've yet to see the day you can make a deal with a mad dog. So while you're feeding him sugar, I'll be figuring a plan to muzzle him."

Because it was Kirk Douglas 100th birthday, I decided to honor it by watching this classic. I can see why this is one of his most highly-regarded films since this one has everything. Kirk Douglas is amazing as the leading role and the story of it had me hooked from the very beginning. It was a very gripping adventure and I'm surprised by how well it has aged over the years.

Happy 100th birthday Kirk Douglas and congratulations on surviving the awful year that was 2016.
moviewatcher122's rating: 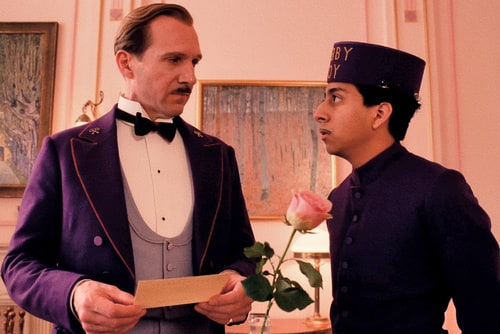 "You see, there are still faint glimmers of civilization left in this barbaric slaughterhouse that was once known as humanity. Indeed that's what we provide in our own modest, humble, insignificant... oh, fuck it."

This is easily the best movie I've seen from Wes Anderson so far. The thing with me and his work is that while I do think he has a unique style of storytelling and has made mostly good films, none of his movies had truly amazed me. That is until I saw this one which was really great. What I like about this one is that it's different from everything else he's done. I think what kept his other movies from being great is that they felt pretty same-y for the most part. This one on the other hand has a different feel to it. It's a more adventurous film and it can be pretty dark at times. There were just a lot of things I liked about this movie like the great acting all around from the insanely talented cast it has, the storytelling that you'd expect from a Wes Anderson film and there were quite a few scenes that had me laughing. I'm not sure if I'm ready to call this one perfect, but I did enjoy every minute of it and like I said, this is Anderson's best film to date.
moviewatcher122's rating: 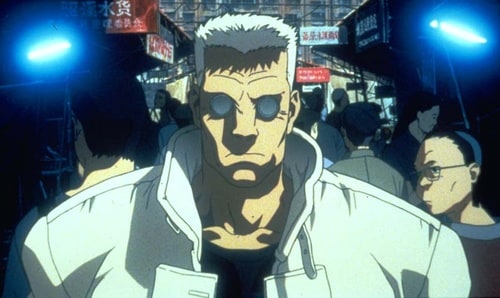 "If we all reacted the same way, we'd be predictable, and there's always more than one way to view a situation. What's true for the group is also true for the individual. It's simple: Overspecialize, and you breed in weakness. It's slow death."

Since the live-action version of this is coming out soon, I decided to check the original one out and see if it's any good. It was a pretty solid film, but I didn't think it was especially great or anything. It did have an original story, impressive visuals and some interesting ideas, but it just falls short of being great in my opinion. It's a little overrated, but I'm still glad I watch it and there is a lot to like about it.
moviewatcher122's rating: 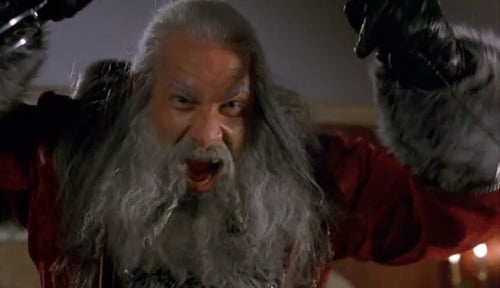 Now this movie was very funny. The idea of a killer Santa Claus was an interesting idea and they handled it very well. This movie had a lot of funny moments, but what really had me laughing were some of the death scenes. Especially the first one where they introduce this annoying family portrayed by annoying cast members... only to kill them a minute in. Also the santa character here is really funny as well. He delivered some hilarious one-liners and Bill Goldberg just did a really good job portraying him. It was a very enjoyable Christmas slasher overall and it is definitely worth a look.
moviewatcher122's rating:

"I'm one with the Force, and the Force is with me."

This was a great addition to the series. Unlike the other prequels that isn't Revenge of the Sith, this one is actually really good. The new characters were fleshed out well enough with K-2SO and Chirrut being the best ones and it does tell an interesting new story. This isn't the traditional Star Wars movie either as there's no opening title screen and there's only one lightsaber battle throughout the whole thing. As much as I really liked this movie, there was this one problem I had with it and that's the first 30 minutes of it. It started off pretty slow and I thought it felt unfocused at that point. It just went from one place to another and I was even thinking to myself "This is going to end up like the other prequels, isn't it?" Fortunately, it does really pick up after that and the movie just kept getting better from there. There were so many great scenes that I'm not going to spoil, but I really loved the ending. It was just the perfect way to end it and I did not see it coming at all.

I wouldn't say this is as good as The Force Awakens, but I did love this movie and it's great to see Star Wars become a respectable franchise again.
moviewatcher122's rating: 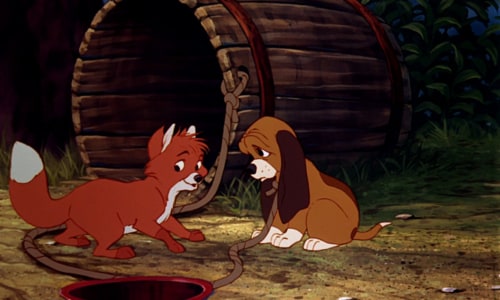 "We met it seems, such a short time ago. You looked at me, needing me so. Yet from your sadness, our happiness grew. Then I found out, I need you, too. I remember how we used to play. I recall those rainy days, the fires glowed, that kept us warm. And now I find, we're both alone. Goodbye may seem forever, farewell is like the end. But in my heart's a memory, and there you'll always be."

This is one of the Disney movies I haven't seen yet and I watched this particular one after I listed the Disney films I hadn't seen on another site. This isn't the best thing to come from Disney, but it is pretty good. It was a very charming coming of age tale and there were a ton of characters that made this movie fun. Not much to say other than this is one I should've seen years ago.
moviewatcher122's rating: 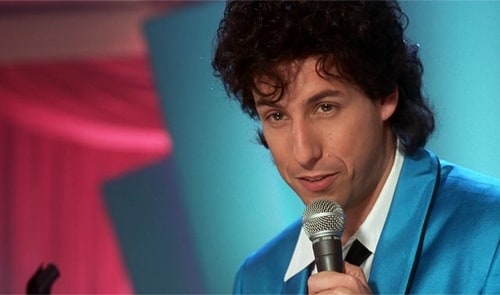 "Hey, buddy, I'm not paying you to hear your thoughts on life. I'm paying you to sing."
"Well, I have a microphone, and you don't, SO YOU WILL LISTEN TO EVERY DAMN WORD I HAVE TO SAY!"

And this is 90's Sandler film that I've been meaning to see forever, but never got around to it until now. Just like most of his 90's output, I really enjoyed this one. It had a lot of funny moments, but this one also had something that most of his movies in that era didn't. While most of those ones were just goofy comedies, this one had some heart to it. This was a really good movie that came out when Adam Sandler was in his prime and I can't believe it took me this long to watch it.
moviewatcher122's rating: 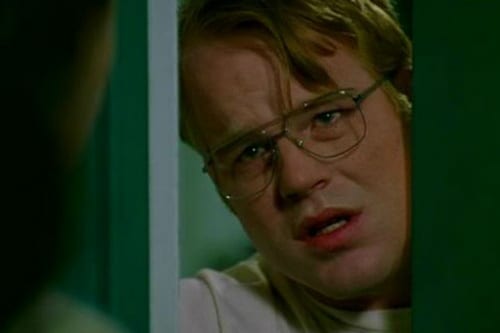 I was planning to watch another movie after it, but the more this one went on I just decided that this would be the perfect movie to end this shitty year on. Needless to say, this movie is a masterpiece. It's a very unique film that's unlike anything I've ever seen before. It's a dark, depressing and just plain fucked up experience and some of the things in this movie were so twisted that I just couldn't help but laugh. Some of these characters are just weird, but for whatever reason I actually cared about them. Pretty much every scene is wrong in one way or another, but that's what makes this movie brilliant. This is one of those movies that really leaves an impact on you and the overall experience will never be forgotten. The perfect way to end what I consider to be the worst year of all time. (Or worst year of my lifetime if you want to get technical.) 2017 may not be much better in terms of real world things, but I'm hoping that it's a better year for me personally that 2016 was.
moviewatcher122's rating:

Once again, this list was pretty late. Usually at the end of the year I watch movies that people have gotten massive amounts of acclaim over the years, but this time I wasn't really feeling it. Not only that, but 2016 was so bad that I didn't feel like dedicating my time to watching a high amount of great movies since I have to really be in the mood to do that. Hopefully 2017 will be better in that regard.

On the plus side though, there weren't any movies this month that I considered bad and I don't think that's even happened in the 4 years I've been doing this. I'm usually lucky enough to have a month where the worst movie I watched was just mediocre, so... hooray, I guess?

Watched In April 2017 by Hootsaidtheowl