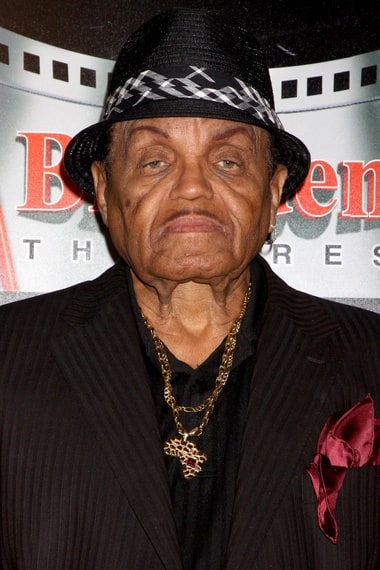 Joe Jackson. If there was a worst fathers list, this guy would be on there for sure. I mean the man is nothing but an abusive asshole. 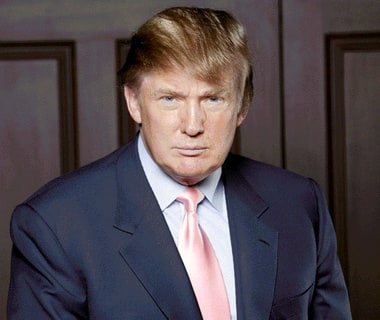 It's getting increasingly difficult to tell the difference between this guy and your typical action movie antagonist because he really is that power hungry and he'll stop at nothing. THIS guy is running for presidential office? I fear for everyone in the USA's safety. This man is clearly mad with power. His solution to the immigration crisis? A wall. Really? A wall? First of all..what did the immigrants ever do to him? Also he's somewhat of a coward and obviously doesn't know what he's doing. He's Senator McLaughlin from Machete brought to life. And this is the guy Dawn Bellwether is compared to along with Hitler? I'm sorry, but Bellwether is a poor innocent sheep who got abused all her life...this guy is an absolute ogre, he's like the character Big Dan Teague from "O Brother Where Art Thou", since both of them are racists who pretty much eat their so called enemies out of house and home and are extremely hostile. But at least Big Dan Teague has a charming personality and is a smooth-talker and wins you over with his charismatic persona before doing so. And he represents the cyclops Polyphemus from The Odyssey as well, then again you could also use a certain type of mythological being to have Trump be the modern day version of (e.g pretty much any mythical creature that loves wealth and treasures and lives in a heavily guarded temple or fortress) - and you could also use Polyphemus. And yet some people view him as the good guy? No offense to those people but...this guy is going to doom you all to heck if you elect him, granted Hillary the Harpy Queen isn't helping much either but still...I fear for the safety of your beloved US of A if this man is one of the only choices you have. At least everyone else on this list has either learned from their mistakes (Russell Brand kind of has but he still makes mistakes from time to time) or has got/is getting their just desserts, the Donald on the other hand...oh boy. This guy is basically the kind of person you'd expect came out of an action movie, in particular either a Schwarzenegger or Stallone movie, or perhaps in the Expendables franchise or a James Bond movie. He is extremely nihilistic as well. Make America Great Again? More like Make America Suffer Again! Also I feel bad for both Yungoos and Gumshoos because of how people think both of them are based on this guy. When both of them are technically based on a mongoose and Gumshoos is a gumshoe...as in private eye. 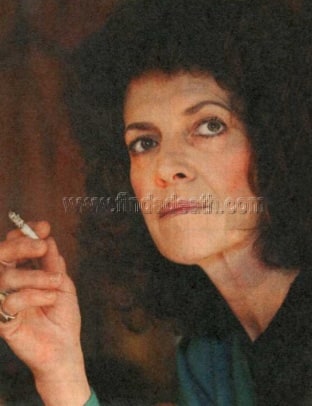 It was her and her stupid drugs that killed Belushi, she used him. Had Belushi maybe gotten rehab or been saved from what ultimately happened to him, this wouldn't have happened. Glad this woman is in jail. 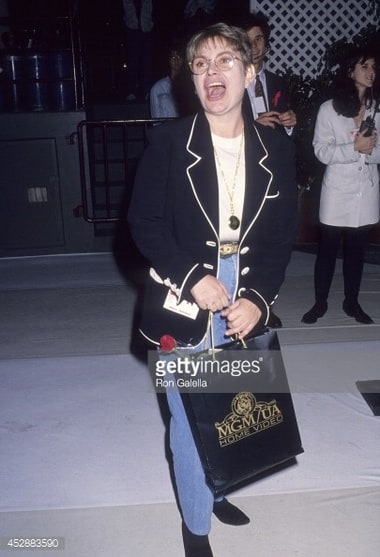 This woman was famous for being Jay Leno's manager and thus the worst manager in entertainment since Colonel Tom Parker. Unlike Tom Parker, who pretty much had his client Elvis Presley be in countless musical comedy movies, this woman used fear and intimidation to get her way and she pushed everyone around including Leno. Not to mention her aggressive demeanor. I'm glad Leno fired her. 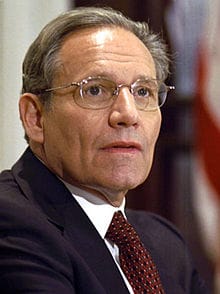 Screw this guy and his stupid biography "Wired" which portrayed Belushi in a negative manner. *sarcastically* Yeeeah, because doing drugs was all that he did back then. By the way none of what is said in the book or in the movie adaptation are remotely true. Except for maybe the stuff about his career but it glosses over movies like "1941" and "Continental Divide" and also makes him look horrible. John Belushi wasn't anything remotely like how he was portrayed in the book and movie at all. And to make things worse...the movie even makes Landis look bad too, i'm not kidding there's a scene in the movie with John Landis and you can hear a helicopter in the background. Really? A reference to that infamous fatal accident that killed Vic Morrow and those innocent children on the set of "Twilight Zone: The Movie"? Ugh. I hate it when people bring up that accident and always assume that it was Landis's fault to begin with - it was just a series of accidents that led to one big accident in general, nothing more and nothing less - Landis is NOT a murderer. Yes, I detest both the book "Wired" and the movie along with this asshole who wrote the book. 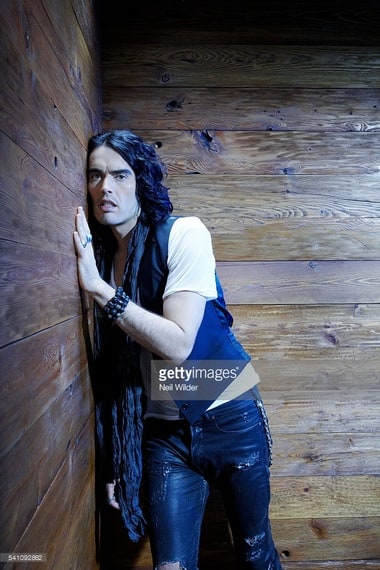 This man is nothing more than a parasite, a Chud, an energy vampire, a Skeksis, and an overall horrid excuse for a person as well as someone who shouldn't have gone political to begin with. Not to mention the countless controversies that have involved him and what happened with him and Katy Perry. Also he's over-exposed and somewhat of a questionable sex symbol. Granted, at least he has a reason for his actions. And it's understandable, after all - he is a former drug-addict and was once bulimic and a self-harmer as well as being bipolar. But still from what i've read about the documentary they made about him - he acted like a diva and refused to have certain aspects of his life/career put in said documentary. 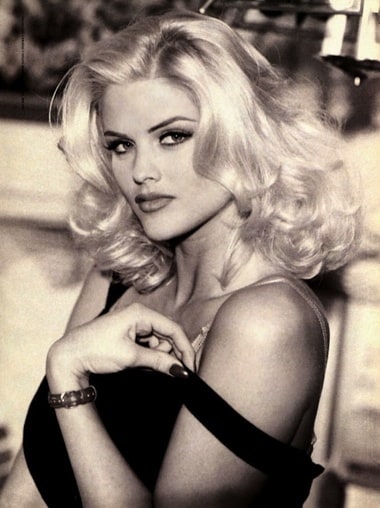 She was basically the Joan Cusack character from Addams Family Values if she grew up to become like Barbie herself, not to mention a very questionable sex-symbol. 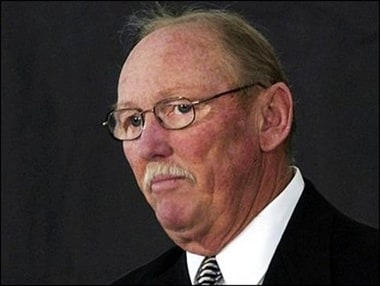 The subject of the Michael Jackson song "D.S" is supposed to be a Take That to this guy. Also I do and always will believe that Michael Jackson is innocent and the media is nothing but greedy imbecilic sons of witches. MJ was not and never will be a pedophile. 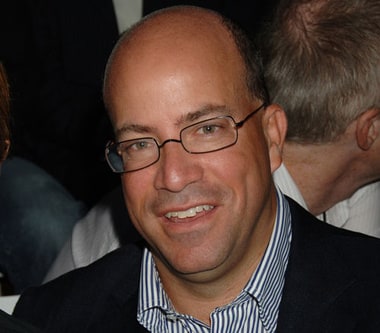 Want to know who to blame for the late night war of 2010? It was this idiot here. And it was ultimately his fault that both Conan AND Leno got screwed over. And even worse, it was this that made people think Leno was the bad guy. I don't care what anyone says, it wasn't Leno's fault - true he may have been involved but he didn't do it. He's said it countless times as well. 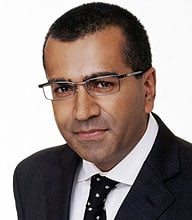 Screw you, Bashir for that insidious MJ documentary. Of course he's only the second worst person regarding anything to do with MJ, don't worry - he's still above judge Tom Sneddon and MJ's own abusive father Joe Jackson.

It also doesn't help that he tried to make a big deal out of how MJ is kind enough to let kids come to his house - it's NOT pedophilia, okay? MJ did NOT sleep with little children - he had them over for sleepovers, yes..but he didn't sleep with them or do anything sexual to them. 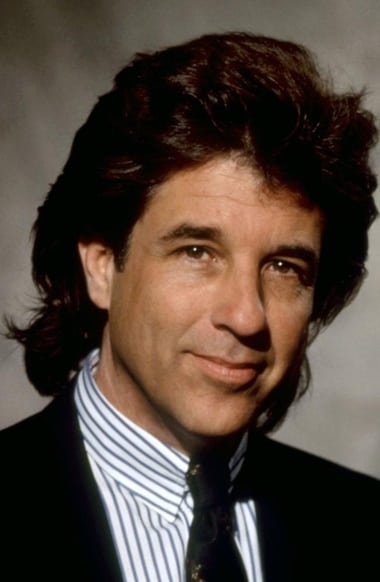 Just what the heck is wrong with this guy? And also what's with his spider-obsession? I think Kevin Smith has said all that needs to be said about him so I don't need to elaborate further. I am sure Superman Lives would have been awesome but there's something wrong with this man...for one thing, he has this bizarre fixation on spiders. And also because he didn't want Superman to wear a cape because he thought it was too homosexual? 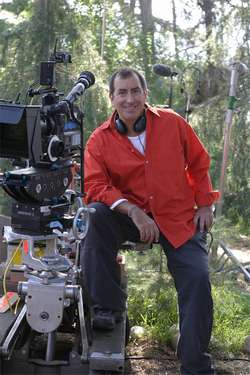 Was once good, then sold himself out to the Disney Channel to do crap like the HSM and Camp Rock franchises.
My list of people who I deem to be the most evil. And they are as follows:
NOTE:
This is my own personal list of the most evil and despicable people at least in my personal opinion. If there's one of your favorites on here, please don't be offended this is a mostly humorous, satirical list which is opinion based. It is best that you save your complaints for something more serious. Also there are no dictators, evil monarchs, or serial killers on here.

Exceptions:
- Abu Bakr Al Baghdadi
- Idi Amin Dada
- Saloth Sar "Pol Pot"
- Walter Palmer.
- Theo Bronkhorst. What happened to Cecil the lion was horrible beyond belief. I HATE animal abuse of any kind and it breaks my heart to see something like that happen to such a noble and majestic creature.
- Kim Jong Il

Most popular celebrities by persephon

No Desire to See by jay-jay

Chris Columbus: The best and worst of by Agent Kermit D. Fonz