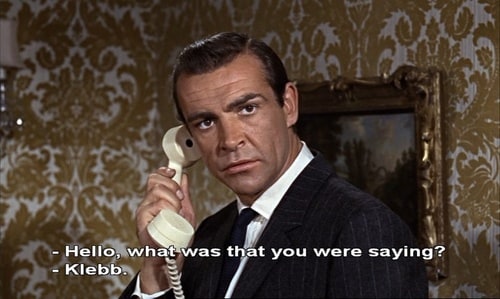 Agrh! I think I'm infected from the 'Bride Of Frankenstein-itis! This is the 3rd sequel I've rejected which is widely considered superior to the original!

I mean, I liked the film and It's deliberate slow-pace but It just wasn't up the level. But It did have a redeeming point though: Of all the Sean Connery-era Bond films I've seen, this one stands out as his best, performance-wise!

Anyways, for die-hard James Bond fans, this film is gold but for me, It was just a copper!
Happy Vader's rating: 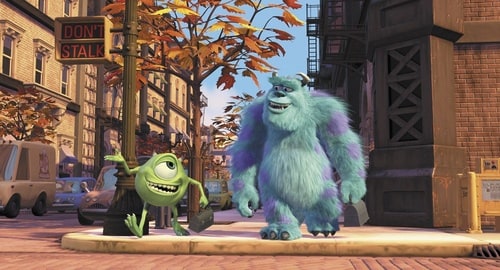 Walking is good for the exercise!

Hands up those who have seen this film at least once!

Many people associate one, two or even three cartoons which describe their childhood. Monsters, Inc. - alongside Dumbo & The Jungle Book - make up my childhood!

A funny, well-voiced, heart-warming cartoon which breaks the innovative barrier. It actually makes me wanna open my wardrobe or check under my bed to find Sully or Mike Wachowski lurking somewhere!

I never had much fun while watching a cartoon!! 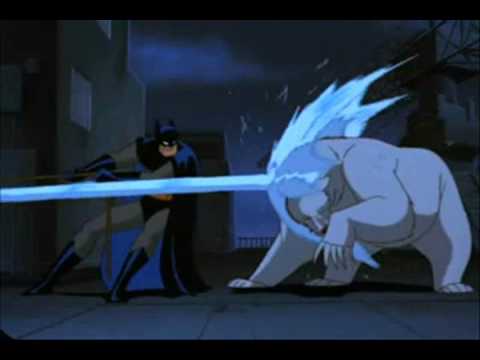 Another cartoon. I saw this film when I was very young and I unearthed it quite recently. It's also one of the very few cartoons which my dad also loves!

The thing I like about this cartoon is that this is the only Batman-related cartoon/movie that captures Gotham City almost perfectly: Shady characters, unpredictable corners & surprisingly, even Robin was likable.

This one cartoon almost single-handedly puts the never-ending TV series to shame and is definitely worth a watch!
Happy Vader's rating: 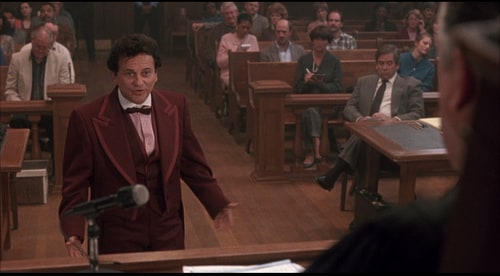 ... So I wore this ridiculous thing for you!

Joe Pesci as the lead was the last thing I wanted to see and it gave. Oh man, will i ever get tired of this movie? I hope not...

Anyways, after watching Mr. Pesci play violent roles, i decided to watch My Cousin Vinny in order to see whether can he play comedy roles better than violent roles or not? Just 20 minutes into his entrance, he failed to disappoint. I admit, it was nowhere as great as Raging Bull or GoodFellas, but i like to compare this film to Home Alone, Casino & Lethal Weapon 4!

For major Joe Pesci fans, this film will keep you entertained throughout the way but for non-Pesci fans, this one won't be as great & worthy of your time & to them it will be like Legally Blonde but with a male in the lead! I loved this film alot and it doesn't have any tasteless jokes or any of that kind for the matter! 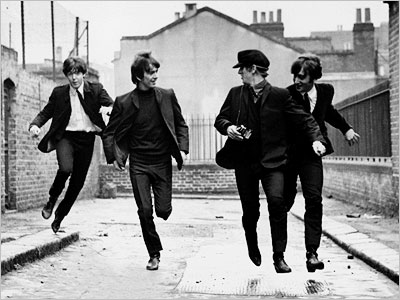 It's been a hard day's night!

I usually don't watch movies which contain musicians because it's undoubtly gonna be a bomb. But, we sure can make an exception here. I'm not just saying this film was good because it had The Beatles... It was just good!

The film was good but not great and it was very exhaustive with focusing one thing for many shots!

But, despite that, i would rank this no. 1 in the 'musicians-in-movies' as The Beatles really showed potential and were better than most but thank you, i will just stick to their music!

The House wants me!

I just finished watching this movie 20 minutes ago!

First things first! This isn't your average ghost-story with mindless talk and stupid acting. This film, directed by the master Robert Wise, takes you by the neck and gives you a 'you-really-are-there-with-them' feeling and refuses to let loose!

I was thoroughly impressed by Julie Harris' performance as the ethereal Eleanor. She really fleshed out her character probably more than anyone could've and she should've been nominated!

This is a horror movie at it's most finest. Screw Psycho, this is the original & the best creepy horror movie I've seen in ages. No blood, no scary shadows, no thing suddenly appearing in front of the screen. Just loud tapping sounds, heavy music and one freakishly bending door!

A must-watch for horror fans out there because, as far as i know, this film follows every rule in the horror-book and doesn't disappoint one bit! 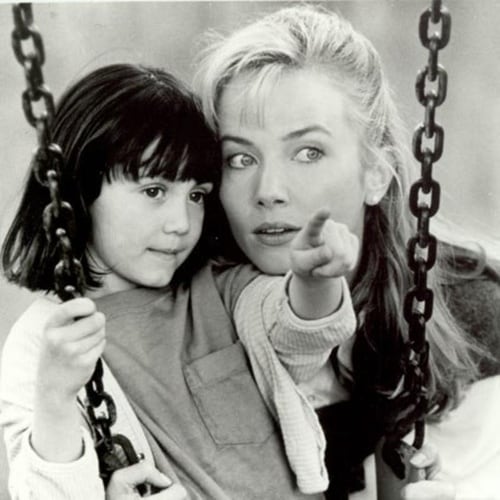 I love films with realistic villains. Heck, I love films in which an outsider destroys what is shown as the 'perfect family'. Hell, I love these films even more when that said villain is a female!

Granted, this film wasn't Oscar material but both the lead females sure gave great performances with Annabella playing the housewife who has Asthma & Rebecca De Mornay playing the twisted & calm babysitter, Peyton Flanders!

To female viewers this film is sensitive because It focuses on the worst nightmare of a new-mother: The fear that something is gonna happen to their baby and I think the whole breast-feeding thing must've shocked a great deal of female viewers around the world!

Anyways, for people who like high tension and simple settings should go for this film but those who get offended by these subjects should just stay clear!

A classic? Not particularly but nevertheless, one of the best in the thriller-drama genre!
Happy Vader's rating:

I know that July hasn't finished yet and the reason why I'm posting this soon is because I'm leaving for Pakistan in a few days and I don't think I may be able to post for a few weeks!

This is my 2nd entry!

2011 Favorite Albums... So Far! by 4crazyweldermen

Directors & their collaborators! by Happy Vader