The constellation of Ursa Major is the site of a spiral galaxy known as M101. This a nearly face-on spiral with a bright center and symmetric shape. It is located about 27 million light-years from Earth. With an estimated linear diameter of over 170,000 light-years, this is one of the largest disk galaxies known. M101 is a bright object with a magnitude of 7.9. It is easily visible in binoculars and small telescopes, but an instrument larger than 4-inches is required to see any evidence of the galaxy's faint spiral arms. 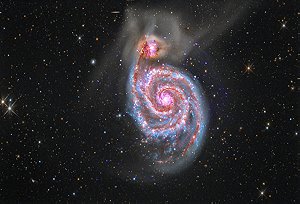 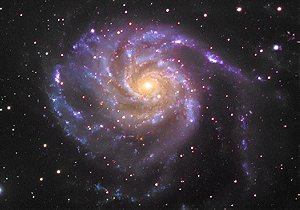 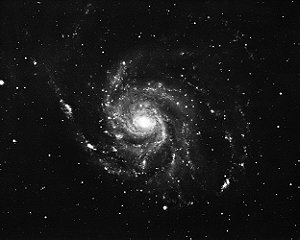 M102 is the last of the "missing" Messier objects. There is some uncertainty as to whether the galaxy pictured here is M102. Due to an 18th century error, M101 may have been misclassified as M102. It is widely believed that M102 may be a lenticular galaxy located in the constellation Draco. It is a dim object with a visual magnitude of only 9.9 and can be hard to find without dark skies and ideal observing conditions. 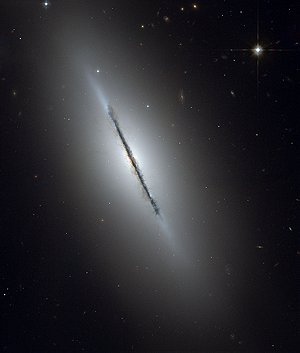 M103 is one of the latest additions to the Messier catalog. It was discovered by Pierre Mechain and included in the catalog before Messier had a chance to observe it directly. It was also the last object to be included in the first publication of Messier's catalog. This is an open cluster of stars situated in the constellation of Cassiopeia. It consists of about 40 stars located some 8,000 light-years from Earth. Visually, M103 is said to form an arrowhead shape. This bright cluster is an easy target for a pair of binoculars. A small telescope will be able to resolve the cluster's fainter stars. 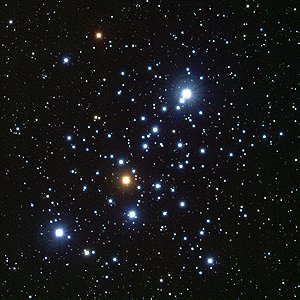 The famous sombrero galaxy is located within the constellation of Virgo. Its designation is M104. This edge-on spiral galaxy got its name from the sombrero hat-like appearance. It is the first object in the catalog that was not included in the original publication. Messier added it by hand to his personal copy in 1781. M104 is characterized by a dark dust lane that spans the length of the galaxy's disk. It is located about 50 million light-years from Earth. This object can be located with binoculars but is best seen in a 4-inch or larger telescope. 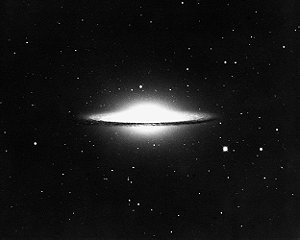 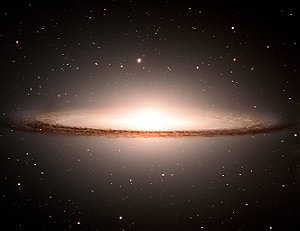 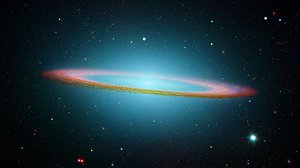 M105 is the brightest member of a group of galaxies in the constellation of Leo known as the M96 group. It is an elliptical galaxy located about 38 million light-years from Earth. This object was discovered by Pierre Mechain in 1781. It was found 3 days earlier than M101 but was not included in the original publication of Messier's catalog. With a visual magnitude of only 9.3, this galaxy is best observed in a 4-inch or larger telescope. 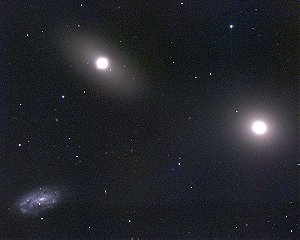 Canes Venatici is the home of spiral galaxy known as M106. It is located about 25 million light-years from Earth and is receding from us at the rate of 537 km/sec. This galaxy is rotated to our line of sight, which gives is an elongated appearance. In color photographs, the spiral arms end in bright blue knots. These are believed to be young star clusters composed of giant, hot blue stars. M106 can be spotted in binoculars but requires a small telescope to reveal any details. 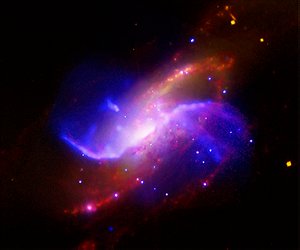 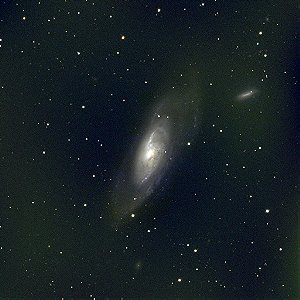 In the constellation Ophiuchus lies a globular cluster of stars known as M107. It was discovered by Messier's colleague, Pierre Mechain, in 1782 and was not included in the original publication of the catalog. It is located about 20,000 light-years from Earth and is believed to have a diameter of around 60 light-years. This cluster is approaching us at a rate of about 147 km/sec. It can be easily found with binoculars and is an impressive sight in a 4-inch telescope at medium magnification. 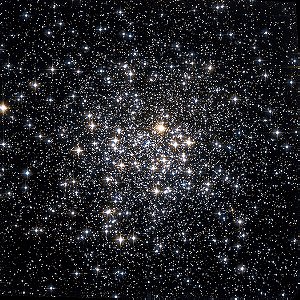 M108 is a spiral galaxy located in the constellation of Ursa Major. It is oriented nearly edge-on to our line of sight, which gives it an elongated visual appearance. This galaxy is unusual in that is has no pronounced central core and the disk is mottled with dark dust lanes. Its distance from Earth is believed to be about 45 million light-years. In spite of this galaxy's visual magnitude of only 10, it is considered an easy target for amateur astronomers. Its details can be seen even in small instruments. 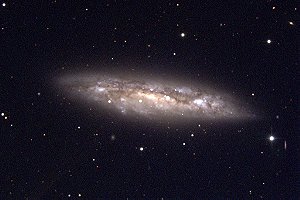 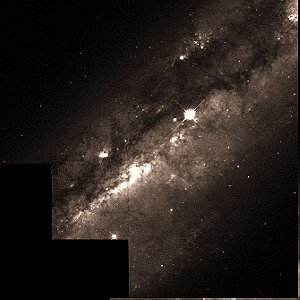 The constellation Ursa Major is the site of a spiral galaxy called M109. It is classified as a barred spiral. The elongated shape of its central core can be seen even in small instruments. This galaxy is located about 55 million light-years from Earth and is believed to be receding from us at a whopping 1142 km/sec. It was the site of a supernova in 1956 that reached a magnitude of 12.8. M109 is easily visible in small instruments where its bright central region appears pear-shaped. Larger instruments will reveal more detail. 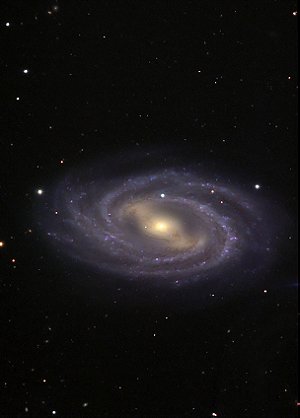 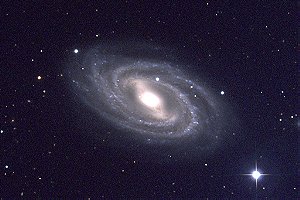 The last object in the Messier catalog is an elliptical galaxy in the constellation of Andromeda. It is the second brighter of the two satellite galaxies of M31, the Andromeda galaxy. All three of these galaxies are members of the local group. M110 was discovered by Messier in 1783 when he discovered M31, but it was not included in his catalog at the time. It is located about 2.9 million light-years from Earth. At magnitude 8.5, it can easily be found with binoculars. It is an impressive sight in a 4-inch or larger telescope. 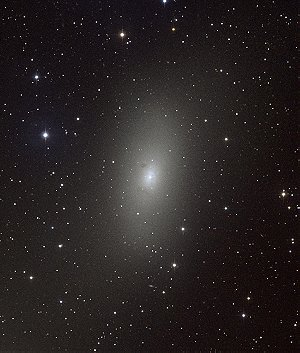 ...One Thousand and One Movie by Haribo