0
Cosmo Kramer
"Ive had it with these jackbooted thugs (on Pottery Barn) Kramer dabbled briefly in Marxism during a short-stint as a department store Santa (reread that sentence... God, wasnt Seinfeld just the best?), but if we revisit some of his adventures on the show a pattern of entrepreneurship and anti-authoritarianism emerges, a potent combination which may result in a libertarian outlook. Ever the scofflaw, he partakes in illegal gambling, parking, cock-fighting, scalping, breaching airport security, perjury, Cuban cigar-smoking (and then, manufacture) and the installation of high-flow showers that buck city regulation. His many business dealings are hardly above-board, whether its enlisting a college intern for his Kramerica corporation; or his many get-rich-quick schemes (recycling, selling used records, trench-coats, Peterman reality tours) none of which are licensed, and are assumedly, all cash-in-hand. Theres an episode which functions as an allegory for abortion, in which Kramer asserts he ought to be able to put whatever ingredients he desires on his own pizza, including, to Pappys disgust, cucumbers. Theres the episode in which he cancels the mail, and in doing so, reveals a vast-government conspiracy  the government propping up a bloated, unnecessary mail service - which could be interpreted as making a subversive point about Americas military-industrial complex. This one may seem like a stretch, but consider this: Kenny Kramer, real-life inspiration for Cosmo Kramer, once ran for mayor of New York on the Libertarian Party ticket. Funnily, he ran against Giuliani, who in the fictional world of Seinfeld, had been delivered into power inadvertently by Kramer himself, after a scandal involving fat-free yoghurt. While the ending of Seinfeld, in which sweet-natured Kramer finds himself in prison, may seem far-fetched and mean spirited, it is a rather realistic ending for him- during the course of the show he has broken thousands of laws."

0
Luke Dunphy
"Luke Dunphy of "Modern Family" started out as just a quirky kid but has quickly developed overt libertarian views. He blamed President Obama for healthcare related follies while he was in the hospital, and mocked the failure of the War on Drugs in a brief aside. Luke's libertarianism fits in well with his family, most of whom are wealthy through their career successes, and also socially tolerant."

0
Ron Swanson
"Ron Swanson is an unsinkable ship of liberty in a vast ocean of obnoxious pro-government cheerleading on "Parks and Recreation." He despises bureaucracy, taxes and regulation, and wants to eliminate his own job."

"He values privacy, self-reliance, the freedom to quantities of bacon and eggs which will probably kill him, the function of the marketplace -which he astutely equates with survival in the wilderness- and savings (I promised myself when I started burying gold in my yard, I was never going to be a hoarder or a miser about it). While the show pokes a lot of fun at his eccentricity and cantankerousness (common libertarian traits), he is often the shows voice of reason. "

0
Stan Marsh
"The 'South Park' kids are often thought to be stand-ins for libertarian-friendly show creators, Matt Parker and Trey Stone. The analogy often holds, as the young children seem to practice inadvertent libertarianism. The live and let-live attitudes of main characters Stan and Kyle are frequently depicted as practical solutions to the violence and mania surrounding them."

0
Kyle Broflovski
"A big fat turd, or a stupid douche- which do you like best? Its no secret that Stan and Kyle are the surrogates of South Park co-creator Trey Parker and Matt Stone. What is a little more elusive is the political affiliation of these two men (and by extension, these surrogate characters), especially if you are under the false impression that politics breaks into only two distinct groups. Since they are, for Hollywood, uncommonly critical of the left, they have often been mistaken for conservatives (a book, South Park Conservatives, has even been written on this subject)  but, their liberal stances on homosexuality, religion, immigration, censorship and drugs make them strange bedfellows with the right. The truth is, they are neither, and made this perfectly clear in the episode when they equated the election between George W. Bush and John Kerry as being like choosing between a Giant Douche and a Turd Sandwich. This irreverence has been mistaken for nihilism by some, but when pressed, Trey Parker has reluctantly admitted in interviews he is a card-carrying member of the Libertarian Party; and I posit that this confession makes Stan and Kyle little future libertarians."
Nusch 's rating:

0
Frank Reynolds
"Frank Reynolds of "It's Always Sunny in Philadelphia" may be an insane, trash-obsessed bastard, but he's undeniably libertarian. He often stands up for gun rights--occasionally by shooting at random people. He's also a career capitalist who made his fortune through the free market. He lives an unmistakably libertine lifestyle, filled with prostitutes, substance abuse and reckless disregard for the law. And proving that libertarians are good and generous people, he's actually one of the kinder characters on the show."

0
Mozzie
"Mozzie of "White Collar" is a good-natured career con artist with a healthy distrust of the government. He frequently declines to share identifying information about himself with the authorities, and is often incensed about the powers of the modern surveillance state. Mozzie would definitely not get along well with the TSA."

0
Geoffrey Zakarian
"Celebrity chef Geoffrey Zakarian is a fierce competitor on "Iron Chef America" and brilliant judge on "Chopped." But here's something many Food Network fans don't know: He's an outspoken libertarian. Zakarian often speaks of the need to liberate American restaurants, one absurd regulation and tax at a time. He's not even the only libertarian celebrity chef--"Chopped" co-host Marc Murhpy is also friendly to the free market, according to Zakarian."

6.6
iCarly (2007)
"The titular character of "iCarly" is a self-made web entrepreneur, and worthy role model for inventive kids. iCarly's libertarian message manifests as a slight but consistent drive to undermine authority of all kinds. But the show really let its true colors fly when it lambasted and satirized the FCC in one of its more famous episodes."
Nusch 's rating:

0
Gale Boetticher
"Gale Boetticher serves as Walter White's temporary laboratory partner on "Breaking Bad." When Walter initially expressed misgivings about cooking crystal meth, Gale articulated libertarian views on the subject. People have a right to ingest whatever substances they want into their own bodies, he argued. He even kept a Ron Paul sticker in his chemistry notebook!"

0
Eddard Stark
"'Game of Thrones' fans may be skeptical that Lord Eddard Stark--a bureaucrat and military commander--belongs in the libertarian camp. But consider this: Ned never seeks power for himself, and is instead wholly faithful to the rule of law. He is also a fiscal conservative who hates government waste (he opposed King Robert's reckless spending, borrowing and deficit financing of tournaments), and believes firmly in the wrongness of slavery (a crime for which he banished one of his own bannermen, Ser Jorah Mormont). Ned also respects private property, refusing to confiscate a prized helmet belong to the blacksmith's apprentice, Gendry."
Nusch 's rating: 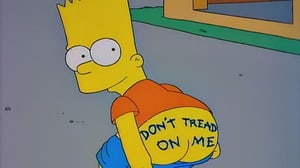 
"Liberty is popular, it has been said. These liberty-minded characters are popular, in some cases, iconic. Who doesn't love Iron Man, Kramer or Ron Swanson? When Americans are polled on a number of issues, the libertarian views on these issues are often the more popular ones." whatculture.com/film/10-great-libertarians-of-film-and-tv?page=11

Favorite actors, my collection by Marek