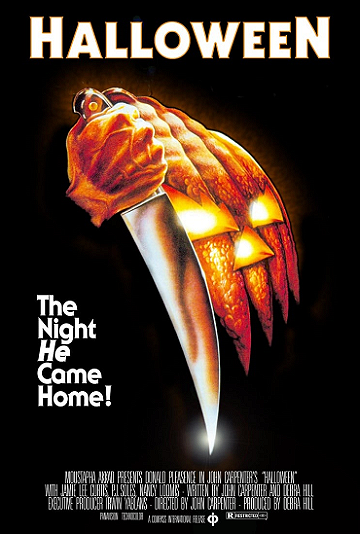 Was there any doubt? Not a perfect movie by any means but a slasher-classic and an awesome Suspenseful film. Is there anything that i could say what other people didn't say? This is one of the innovators of the slasher Genre (only Texas Chainsaw,Black Christmas, Psycho and Peeping Tom came before) and one of the most sucessful movies of all time. Good to great acting a very solid script and a suspenseful, eerie feel this is an Halloween Classic. 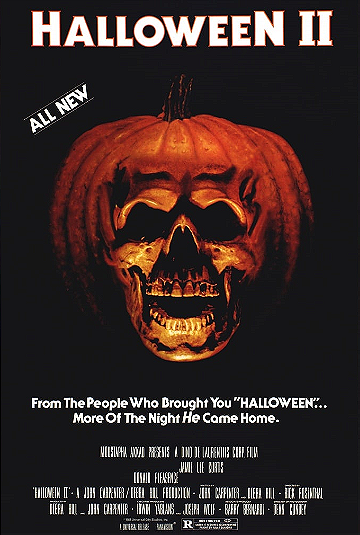 Not a bad follow-up to the original. Laurie Strode is still chased by Michael Meyers and surprise: As it turns out its her brother that chases her. Well, that twist was nice to me, but i can see why some say that this twist was problematic. Still: This is side by side with H20 the best and worthy sequel to the original. Rick Rosenthal did a good Job catching the "Carpenter Suspense" from the original. Once again: A good movie with an awesome ending. 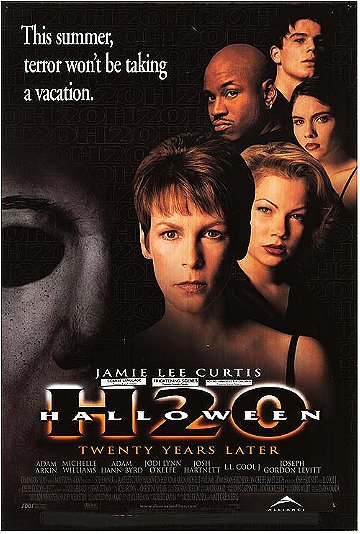 Laurie Strode strikes finally back against her brother Michael Meyers. A cool fun and scary ride. The only negative thing: Michael Meyers mask:Once again to bland and basic. Also (but many Sequels done that) Michaels heavy creepy breathing was dropped. Come on - it was so scary. Back to the movie itself: The acting was mostly good and even LL Cool J can act. The cinematography is good and Steve Miner does a good Job catching a eerie vibe. The movie just lacks this "Halloween-Feel" the feel that the season Fall has arrived. Also the Movie has too much Jump-Scares. But still a good movie and worth of the original. All in all: A good movie with an awesome ending....if only...

Halloween III: Season of the Witch

The anthology series idea seems like a good idea right...RIGHT? Well no, audiences wanted Michael Meyers back and Halloween III: Season of the Witch failed. Kinda sad because the movie is a nice little Horror Movie with an awesome B-Movie Feel and the Carpenter Spirit is still here. Also the Soundtrack kicks ass. 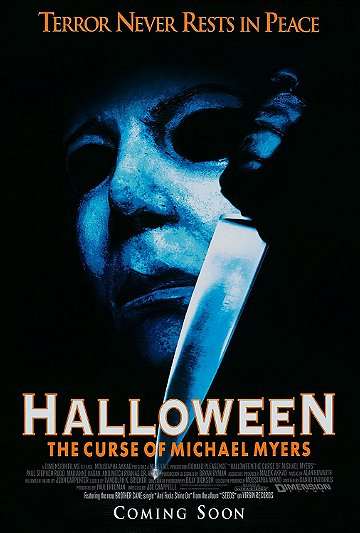 Halloween 6: The Curse of Michael Myers

Giving Michael a backstory could have been worse (See the remake). The Curse of Thorn is interesting but the ending is not entirely satisfying. Also in the Theatrical cut you see that there were massive Reshoots. If you can: Watch the Producers Cut. Still an entertaining film. 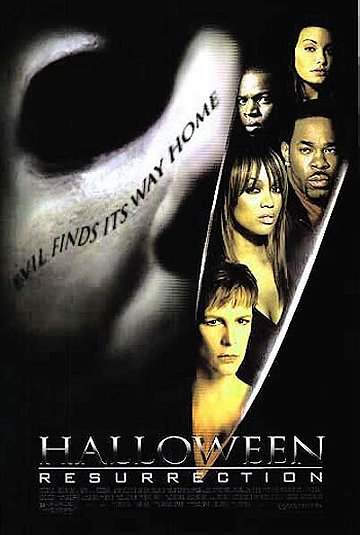 I kinda like the idea of kids breaking into Michaels House and doing an "Blair Witch" Investigation and then Mr. Meyers gets pissed off. But i think they should have cut out the Laurie Strode stuff and passed it off as a "H20-Prequel". Maybe then fans wouldn't have been that pissed. Busta Rhymes kicking Michael Meyers' ass by practicing Kung Fu on him is bad and killing Laurie Strode off and completely disregarding the end of H20 was just plain awful. But at least its kind of entertaining and we dont see Michael as a kid whining or a white horse...or Danielle Harris... 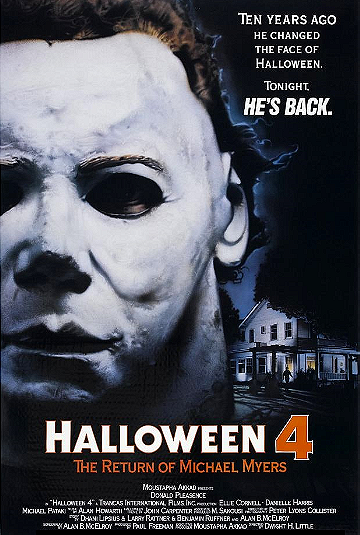 Halloween 4: The Return of Michael Myers

10 Years after the original we get a...kind of remake but this time, instead of chasing his sister, Michael is after his niece. Played by Danielle Harris-who cant act her way out of a paper bag. Yes i'm aware that she was 10 at the time but with all the praise she gets....im sorry i can't agree. She is an annoying little kid in this movie and that is definitely not something that her character is about. But there are more flaws than this: Michaels Mask looks..too basic (kind of) The acting was mostly bad and as i said: This movie is just a remake of the first one. No surprises, no suspense. Meh. 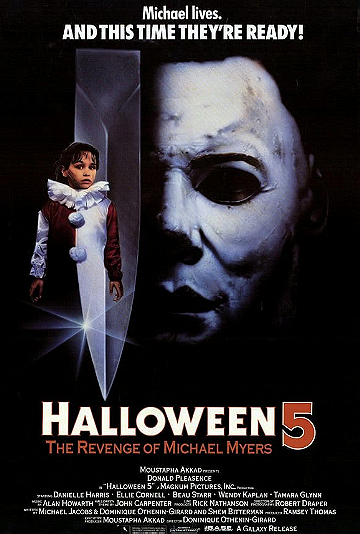 Halloween 5: The Revenge of Michael Myers

If you add the fact that this movie was rushed, then it's not surprising that this movie was bad. The script was unfinished and it really shows. The plot doesnt know where it's going, introduces dumb plot points (Thorn Tattoo & Man in Black) the acting is mostly bad and the characters are annoying and dumb. Also Michael Meyers cries. Yeah...thats scary.

Also: The Revenge of Michael Meyers? Revenge for what? 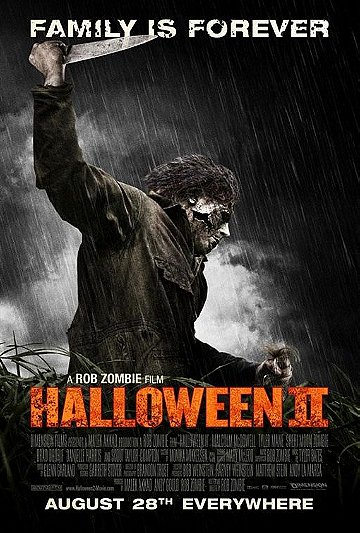 Still dumb as Hell, but at least it doesnt insult a classic. Why the Hell Michael sees a white horse, his dead Mother and his younger Version of himself who are actually command him around is beyond me but....why not huh? Dont get me wrong all these ideas, as well as the idea that Laurie is now a traumatized Punk-Bitch is bad, not to say terrible but as i stated: at least it doesnt insult a classic. 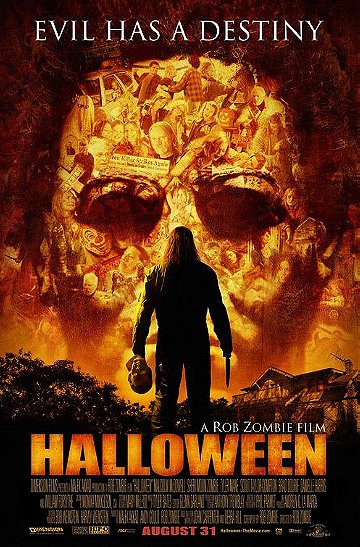 Screws up the original by turning it into an vulgar, offensive Gore Movie while also destroying the mystique of Michael Meyers. If you watch some of the "Behind the scenes" interviews with Rob, he often states that the original was "poor"; and that his Halloween version is "better" than Carpenter's (which is insulting i might add). Really? While the first half of this atrocious film is an annoying prequel featuring an young redneck Michael Meyers talk (!) and the second half is a rushed remake with unlikeable characters.