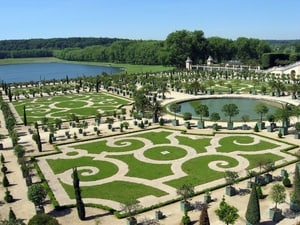 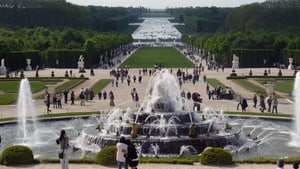 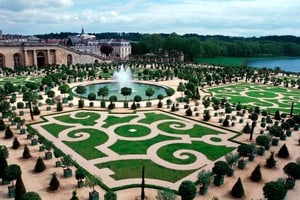 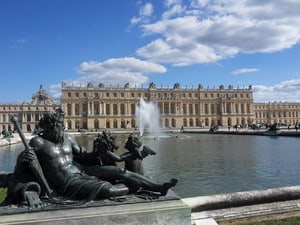 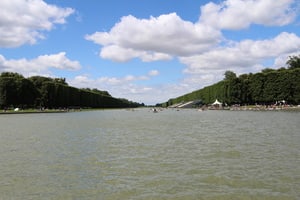 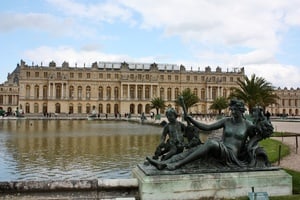 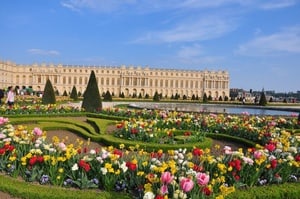 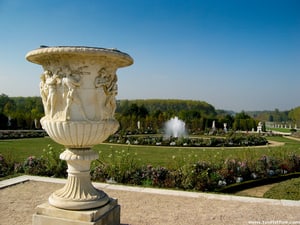 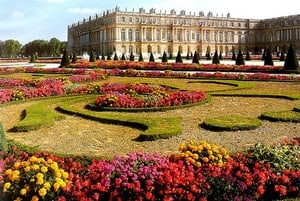 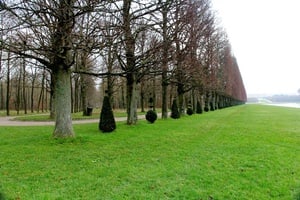 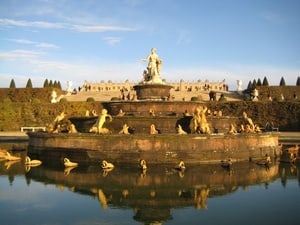 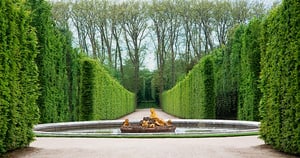 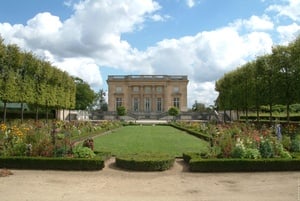 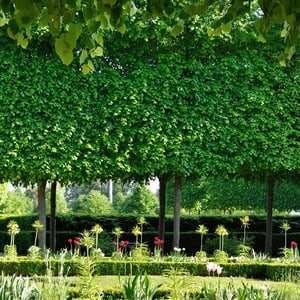 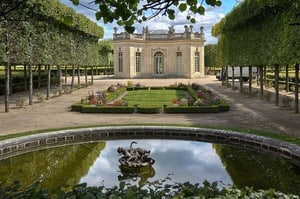 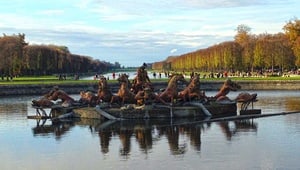 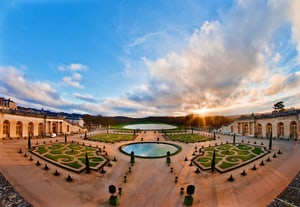 The Palace of Versailles is a royal château in Versailles in the Île-de-France region of France. In French, it is known as the Château de Versailles.

When the château was built, Versailles was a country village; today, however, it is a wealthy suburb of Paris, some 20 kilometres southwest of the French capital. The court of Versailles was the center of political power in France from 1682, when Louis XIV moved from Paris, until the royal family was forced to return to the capital in October 1789 after the beginning of the French Revolution. Versailles is therefore famous not only as a building, but as a symbol of the system of absolute monarchy of the Ancien Régime.

The Gardens of Versailles occupy part of what was once the Domaine royal de Versailles, the royal demesne of the château of Versailles. Situated to the west of the palace, the gardens cover some 800 hectares of land, much of which is landscaped in the classic French Garden style perfected here by André Le Nôtre. Beyond the surrounding belt of woodland, the gardens are bordered by the urban areas of Versailles to the east and Le Chesnay to the north-east, by the National Arboretum de Chèvreloup to the north, the Versailles plain (a protected wildlife preserve) to the west, and by the Satory Forest to the south.

As part of le domaine national de Versailles et de Trianon, an autonomous public entity operating under the aegis of the French Ministry of Culture, the gardens are now one of the most visited public sites in France, receiving more than six million visitors a year.

In addition to the meticulous manicured lawns, parterres of flowers, and sculptures are the fountains, which are located throughout the garden. Dating from the time of Louis XIV and still using much of the same network of hydraulics as was used during the Ancien Régime, the fountains contribute to making the gardens of Versailles unique. On weekends from late spring to early autumn, the administration of the museum sponsors the Grandes Eaux – spectacles during which all the fountains in the gardens are in full play.

In 1979, the gardens along with the château were inscribed on the UNESCO World Heritage List, one of thirty-one such designations in France.

More Stuff i Listen to by mrhoundoom