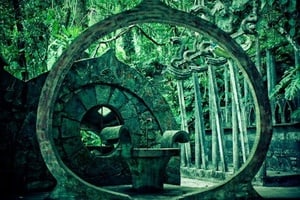 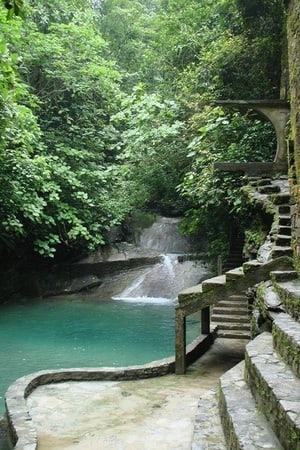 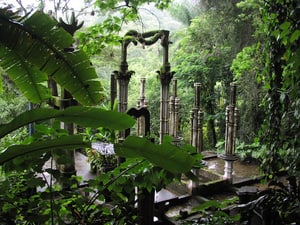 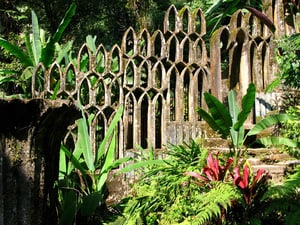 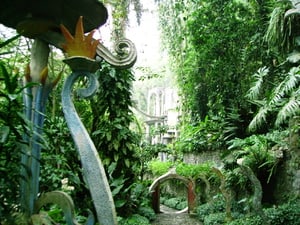 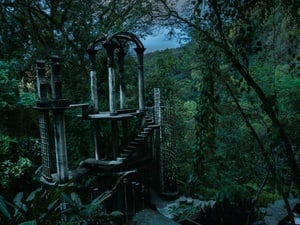 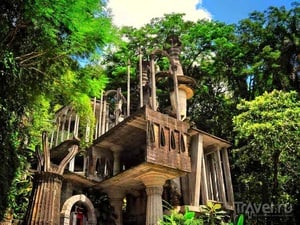 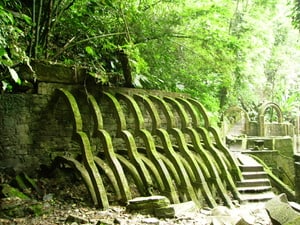 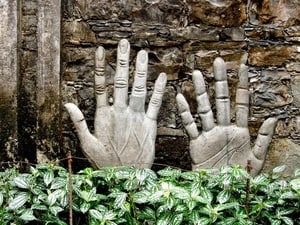 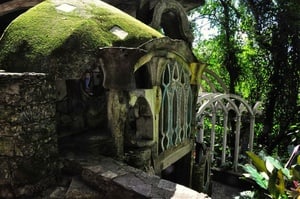 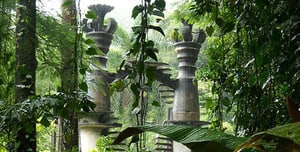 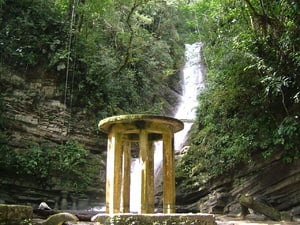 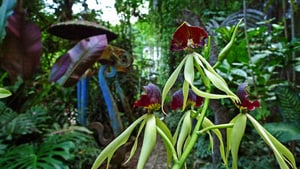 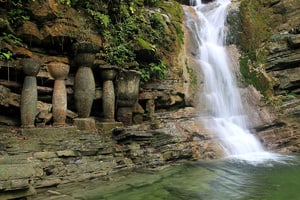 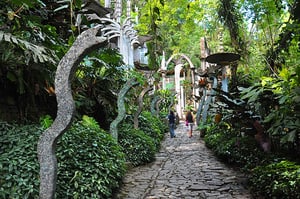 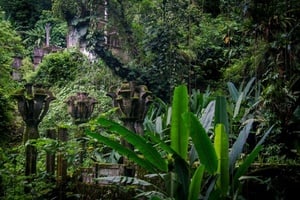 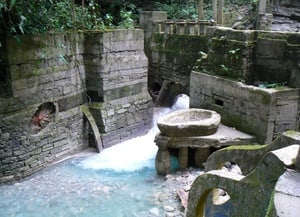 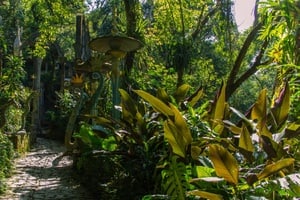 Las Pozas ("the Pools") was created by Edward James (1907-1984), British poet and patron of surrealist art, more than 2,000 feet (610 m) above sea level, in a subtropical rainforest in the mountains of Mexico. It includes more than 80 acres (32 ha) of natural waterfalls and pools interlaced with towering Surrealist sculptures in concrete.

Las Pozas is near the village of Xilitla, San Luis Potosí, a seven-hour drive north of Mexico City. In the early 1940s, James went to Los Angeles, California, and then decided that he "wanted a Garden of Eden set up . . . and I saw that Mexico was far more romantic" and had "far more room than there is in crowded Southern California". In Hollywood in 1941, his lifetime friend and cousin, Magic Realist painter Bridget Bate Tichenor, encouraged him to search for a surreal location in Mexico to express his diverse esoteric interests. In Cuernavaca, he hired Plutarco Gastelum as a guide. They discovered Xilitla in November 1945. Eventually Plutarco married a local woman and had four children. James was "Uncle Edward" to the children and frequently stayed with them in a house Plutarco had built, a mock-Gothic cement castle, now a hotel – La Posada El Castillo.

Between 1949 and 1984, James built scores of surreal concrete structures with names like the House on Three Floors Which Will in Fact Have Five or Four or Six, the House with a Roof like a Whale, and the Staircase to Heaven. There were also plantings and beds full of tropical plants, including orchids – there were, apparently, 29,000 at Las Pozas at one time- and a variety of small casas (homes), niches, and pens that held exotic birds and wild animals from the world over—James owned many exotic animals and once took his pet boa constrictors to the Hotel Francis in Mexico City.

Massive sculptures up to four stories tall punctuate the site. The many trails throughout the garden site are composed of steps, ramps, bridges and narrow, winding walkways that traverse the valley walls. Construction of Las Pozas cost more than $5 million. To pay for it, James sold his collection of Surrealist art at auction.

In the summer of 2007, the Fundación Pedro y Elena Hernández, the company Cemex, and the government of San Luis Potosí paid about $2.2 million for Las Pozas and created Fondo Xilitla, a foundation that will oversee the preservation and restoration of the site.
(Wikipedia)

13 votes
My Own Favourite Lists (118 lists)
list by Kenji
Published 7 years, 9 months ago

Sarah Brightman- The Angel of Music by Akirah

Most read these authors by cudion

My Favourite Classical Composers by Kenji

Worst Kings and Queens of England by Kenji