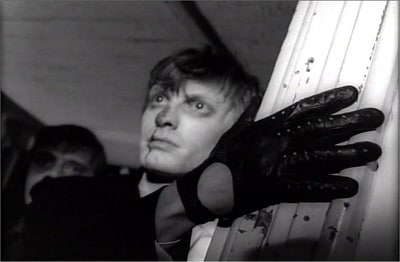 An independent black and white horror film. Although it's not the first zombie film, Night of the Living Dead is the progenitor of the contemporary 'zombie apocalypse' and it influenced the modern pop-culture zombie archetype. Won National Film Registry.

Plot: a story about the mysterious reanimation of the recently dead, and their efforts, Barbra along with five other people, they have to survive the night while trapped in a rural Pennsylvania farmhouse.

5.1
There's Always Vanilla (1972)
This is the only Romero's romantic comedy, he considers this film to be his worst, and has referred to this film as "a total mess".

5.5
Season of the Witch
Also known as Hungry Wives. Romero has said that shooting the film was very trying, as they ran out of money during the production, he also did not like the performances. The director has stated that this is the only film he would like to remake.

6.1
The Crazies (1973)
Also known as Code Name: Trixie. An action film about the effects of the accidental release of a military biological weapon upon the inhabitants of an American town.

7.1
Martin (1977) (1978)
The film was shot with a low-budget, filmed entirely on real locations, and many of the supporting cast members were friends and family of the filmmakers. The film is regarded by horror fans as one of the finest B horror films of the 70's and is often cited among Romero's best works. Romero is also on record as saying Martin is his favorite of all his films and it is also the first collaboration of Tom Savini.

Plot: A plague of unknown origin has caused the reanimation of the dead, who prey on human flesh, which subsequently causes mass hysteria. The survivors of the outbreak who barricade themselves inside a suburban shopping mall.

Working as: Director and editor.

Working as: Director, writer and actor (zombie with scarf)

Plot: A zombie apocalypse has ravaged the Earth whilst America's last surviving humans study them from within an underground military establishment.

0
Document of the Dead
A documentary film about George A. Romero's films by Roy Frumkes.

Working as: Actor (himself)

6.2
Monkey Shines (1988)
The film is based on a novel by the same title authored by Michael Stewart. Won 7 awards.

Plot: A paralyzed man is given a genetically engineered monkey to assist him, but eventually turns into a living nightmare.

6.1
Two Evil Eyes (1990)
A horror film written and directed by the Italian Dario Argento and George A. Romero, based largely on the works of Edgar Allan Poe. The two had previously worked together on the immensely popular Dawn of the Dead in 1978. One award nomination.

Plot: A kidnapped paperboy who tells three stories of horror to the suburban witch who is preparing to eat him, à la Hansel and Gretel.

6.9
Night of the Living Dead (1990)
Directed by Tom Savini, the film is a Romero's remake 1968 film of the same name. Romero rewrote the original 1968 screenplay that he had co-written with John A. Russo. Two award nominations.

Working as: Writer and producer.

6
The Dark Half (1993)
An adaptation of the Stephen King novel of the same name. Three award wins and 4 nominations.

Working as: Director, producer and writer.

Plot: Henry Creedlow, a man who wakes up one morning to discover that his face has been replaced by a white featureless mask.

7.4
Midnight Movies: From the Margin to the Mainstream...
A documentary written and directed by Stuart Samuels.

Working as: Actor (himself)

Plot: The survivors in the film have fled to the city. The city is protected on three sides by a large river and on the other by an electric barricade.

Plot: a group of people making a horror film at the time of the first outbreak who decide to record the epidemic incident documentary-style and end up themselves being chased down by zombies.

Working as: Writer and producer.

George A. Romero: The best and worst of
10 item list by Agent Kermit D. Fonz
3 votes